But it was by a twist of fate that Luisa and Kevork met in Argentina.

When the French army took control of the region following World War I it put an end to the massacres and deportations that began in 1915, but the peace was short-lived. When Kemal Ataturk took control of Turkey in 1921, violence and atrocities against the Armenian population resumed. "During one of the attacks many Armenians took refuge at a German orphanage called Beitshalom, my mother’s family among them. The Turks took advantage of this, locked them up and set the place on fire. They survived because one of them knew where the pipes ran and they were able to extinguish the fire," Cristina explains.
Outside the building, several young Armenians were resisting the attack, trying to save their countrymen and defend their homeland. "My paternal and my maternal grandfathers were part of this defense, what a coincidence, isn't it?" says Cristina. Agop Naldjian was severely wounded but survived miraculously, while Sarkis Akrabian, who would have been Luisa's father-in-law, was brutally murdered.
Image: 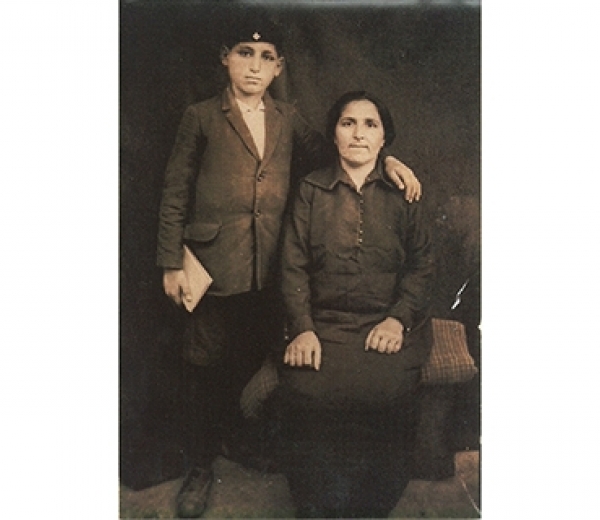 Text:
In late 1921 the Naldjians managed to escape Marash and fled to Syria. They arrived in Damascus, and in 1923 they boarded the ship "Darro" sailing for Buenos Aires.
Back in Marash, the Akrabians owned lands and vineyards. During the Genocide the family was stripped of its property and expelled from its lands. After his father Sarkis was killed, Kevork and some of his relatives managed to flee to Aleppo. Once there, an uncle lent Kevork money so he could get a ticket to Argentina. He arrived in Buenos Aires in 1924.
The land the Akrabian family owned remained intact and preserved its spirit for many years. "In 1986 I returned to the country house. The Turks knew that it did not belong to them, and with impunity they told me: ‘Do you see all that area? It belonged to the Armenians’," Sergio says sadly. “My family had told us there was this tut (white mulberry) tree there, and I found it. While I took pictures of the tree, my wife overheard the Turks whispering to one another: 'Did you notice something? He took many photos of the tut tree.’ This scared them. One of them told me, 'If there is something valuable hidden there, we can take it to the border for you.’ They thought I had come back to look for money buried around the tree, but I just wanted to be there," Sergio adds.
Argentinian and Armenian
Upon arriving in Argentina Luisa's father Agop found work as a mason and learned the sewing trade. His mother Santoukh was a seamstress. One day the family found a bag of old military uniforms in the street and decided to reuse them. Santoukh unstitched the fabrics and used them to make slippers.

That was the start of what later became a large factory producing 200 pairs of shoes per day.

The factory grew and needed more staff. One day, Kevork Akrabian was recommended for a job. "Dad began working at the factory and immediately fell in love with my mom, but he would not dare say anything. My maternal grandfather’s brother stepped in and convinced her," Sergio saying smilingly. Luisa was 22 years old when she married 25-year-old Kevork. They opened their own shoe factory and had a very active social life.
Image: 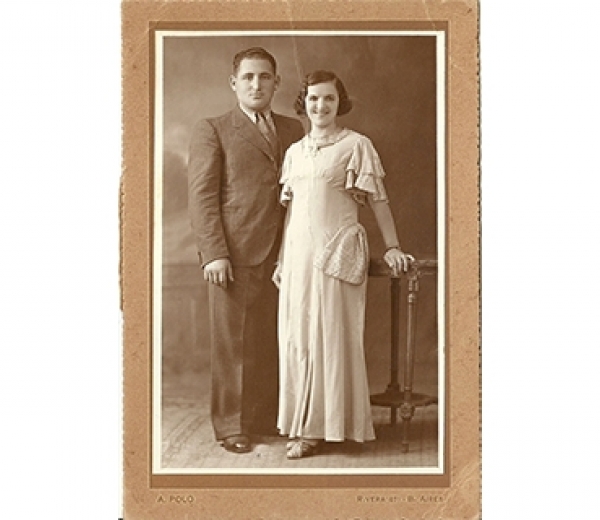 Luisa Naldjian-Akrabian, one of the last remaining survivors of the Armenian Genocide, died in Buenos Aires in September 2015. In December 2014, on the occasion of her 100th birthday, Pope Francis sent her his blessings. She was a smiling woman who, despite her tragic past, raised her children with love. She and her husband passed their values and traditions on to them. The Akrabians greatly contributed to the growth of Armenian institutions in Argentina, as well as to the development of Armenia. Among many other projects, they participated in the construction of roads in Nagorno Karabakh. 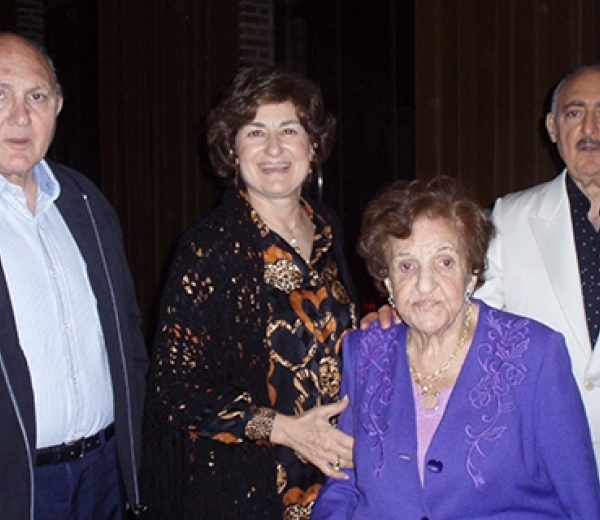 "We had role models. Our parents taught us by example, rather than with words," says Cristina, adding: "My father was a fervent fan of Argentina. When he arrived, he discovered a country that gave him everything. He said that Argentina was the best country in the world, and he was right. He instilled in us love for both Armenia and Argentina, and today we are very proud to be Argentinians of Armenian origin. There is nothing stopping us from being Armenian and Argentinian, we love both of our homelands equally." 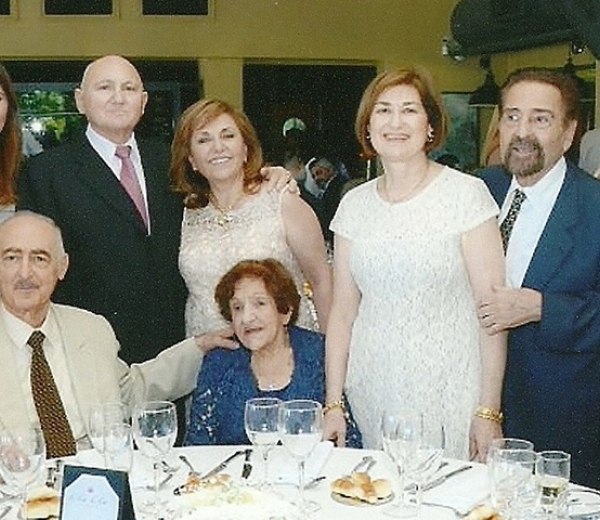