Raffi doesn’t like to dwell on his family’s history, but he seems happy and eager to remember his grandmother Agavni. “When grandmother sewed her vests on the Zinger sewing machine, I would sit at her feet and listen to her stories. I would tirelessly ask her to tell me about life in Afyonkarahisar before 1915, about her ancestral home, about the trip to Izmir and the hasty flight from there, along with her aunt, in September of 1922. Looking back, I realize how fortunate I am — I have this necessary and unbreakable connection with the generation of survivors,” he says. 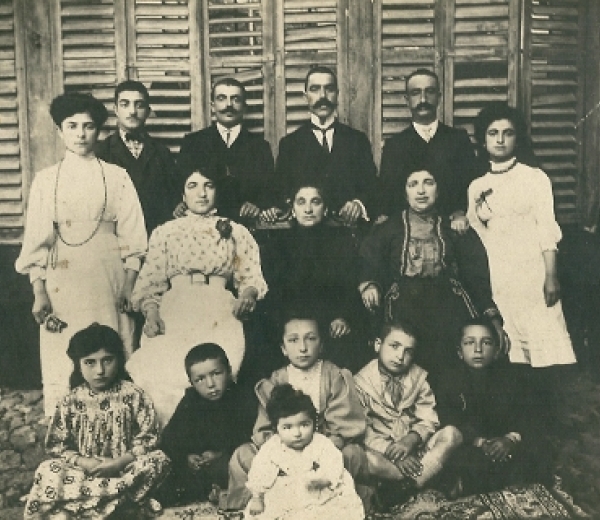 Text:
A childhood of flight and loss
Agavni Kalfayan, nee Papazian, was born in 1910 in the city of Afyonkarahisar, located in the center of western Anatolia between Izmir and Ankara. Her merchant parents, Hakop and Takui, were members of the city’s bourgeoisie. They had five children, one of whom was adopted.
In the spring of 1915 Agavni’s parents felt the imminent danger and decided to entrust their youngest child to a maternal aunt, also named Agavni. The aunt and the niece were supposed to go to Smyrna (now Izmir) to stay with Agavni’s maternal grandmother Maria Muradian, but when they arrived at the Afyonkarahisar train station they nearly ended up on a train taking deported Armenians in the opposite direction.
Luckily, one of the train station’s officials recognized them and knew of their relation to Migran Topalian – Agavni’s grandmother’s brother who held a high position in the railway company. Having spoken to Topalian on the phone, the official put them on a train going to Smyrna.

They were thus able to avoid the tragic fate that befell the rest of their relatives who stayed behind in Afyonkarahisar — all of them were killed during the Genocide.

It wasn’t until after World War I, in 1918, that Agavni was able to once again see her parents’ house in Afyonkarahisar. “There was an Armenian-American officer, captain Hems (his real name was Ambartsum), who came to estimate the damages. That was the last time she saw the house where she was born. All of their belongings were gone,” Raffi remembers.
Agavni spent the war years with her grandmother Maria and her aunt in Izmir. “My grandmother went to the Armenian Ripsimyan girls’ school, where she learned Armenian and French, which she spoke without an accent – a rarity in her generation,” says Raffi. But in September 1922 Turkish nationalists set fire to Smyrna in their quest to annihilate the city’s Armenian and Greek minorities. The massacres began anew, and 12-year-old Agavni lost her grandmother in the crowds.
Fleeing the conflagration, Agavni and her aunt tried to swim to safety on nearby boats. An Italian ship picked them up and delivered them to Piraeus in Greece. Several months later they left for France: one of Agavni’s aunts, Satenik, was living in Arnouville, north of Paris. The new exile and the accumulated losses left an indelible mark on the orphaned girl’s life.
Image: 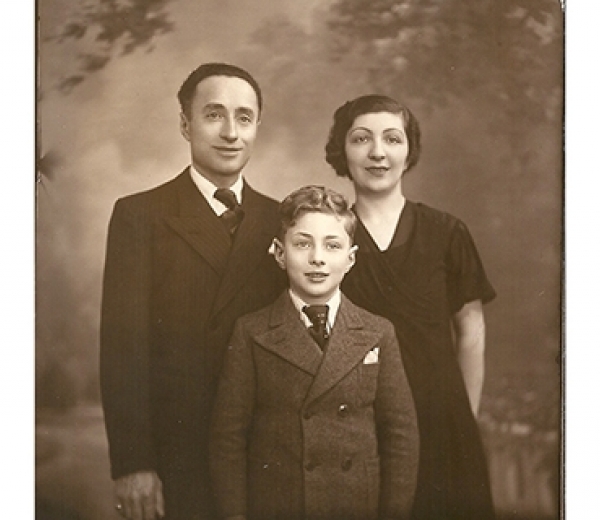 Text:
A lawyer and an activist
At age 19 Agavni married Haik Kalfayan, who was 16 years older. He came to France from Istanbul in 1924. “Amazingly enough, my father was born exactly nine months after the wedding,” notes Raffi.
Raffi grew up in Paris and spent a lot of time at his grandparents’ house. “I was very much interested in the stories that my grandmother used to tell. As time went by, I began to delve deeper and deeper into this topic,” he says.
During his teenage years in the early 1970s Raffi belonged to various French Armenian youth associations. He was a part of the Nairi dance troupe and an activist of the Nor Serund (New Generation) organization. With time, community service became his main focus. He joined the fight for political recognition and condemnation of the Armenian Genocide and for the restoration of justice.
Having also managed to graduate from university while doing his public work, Raffi became both a justice-seeking activist and a professional lawyer with an interest in academic research. He continues his research today, working toward a Ph.D. at the Research Center for Human Rights and Humanitarian Law (CRDH) of the Panthéon-Assas University.
Intolerance for injustice
Kalfayan’s engagement with FIDH began in 1983: at that time, he headed the defense committee for two Armenian activists accused of an attempt on the life of Turkey’s ambassador to Yugoslavia. This experience greatly influenced his career as a human rights activist – several years later, in 1989, when Armenian pogroms began in Azerbaijan, Raffi once again got in touch with FIDH. Yet he considers 1995 as the year he officially began working for the federation.
“I went to this organization to organize judicial observer missions to the Republic of Armenia, where political processes were being established as the country grappled with post-Soviet independence. I later became FIDH’s official for special missions, responsible for the Southern Caucasus region. In 1997 my knowledge of the Armenian language and legal system, coupled with my networking skills, allowed me to form an NGO with a group of Armenian activists and lawyers. I suggested that we join the federation, and that happened in 1998,” Raffi says.
In 2001 FIDH’s international management appointed Raffi the deputy secretary general as a way to reward his hard work and his achievements. Raffi used the appointment to expand his scope of work.

“I realized that the genuine moving force that compels me to act and fight is intolerance for injustice, oppression and torture,” he notes. 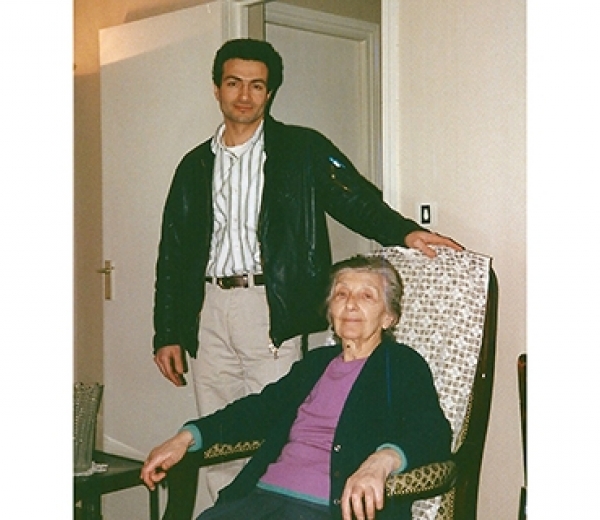 Text:
Living up to a promise
Raffi, who lost his father at a very young age, was in many ways raised by his grandmother. His close relationship with her determined the path he chose in life.
Grandmother Agavni died in 2003. Having spent her last hours by her side, Raffi realized how heavily the feelings she repressed weighed on her and how tormented she was by them. “This grief she felt for her family killed in 1915 showed me the severity of her trauma, the unbearable pain felt by those who survived the Genocide. On that day I promised myself that I will do all it takes to secure just retribution for these torments, and my personal and philosophical position hasn’t changed since,” Raffi claims. Raffi’s determination is, however, free of hatred or grudges toward the criminals and their heirs who continue to deny the Genocide. The lawyer believes that admission of guilt is an “opportunity to free us from intolerable grief.”
At the same time Raffi, who has been fighting for restitutions for a few years now, doesn’t hide his anxiety: “I’m afraid that future generations, separated by time from those who lived in 1915, will erase the past clean. Time is against us. At the same time, it seems that Turkey also budged, however strange it may sound. And so this is my message to everyone: it’s very important that we don’t give up now and continue to demand that justice finally be served.”
Subtitle:
French human rights lawyer seeks justice for Armenians
Story number:
234
Author:
Tigrane Yegavian
Header image: 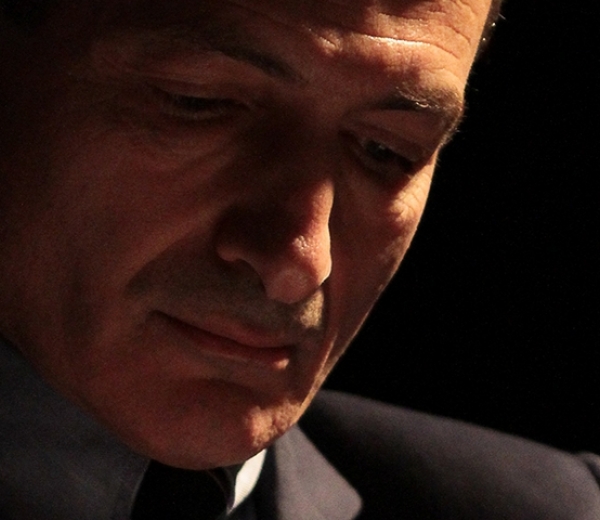