For 53 days the villagers of Musa Dagh, who only had 150 rifles among them, heroically rebuffed the attacks of the Ottoman Army, whose units were far larger and better equipped.

“Almost all of the men in our family died in battle,” says general Manjian. “When the rebels ran out of food, ammunition and the strength to resist, the defense committee came to a very difficult decision: the men would put up one last fight against the Turks and die in battle, while the women and the children would jump off the cliffs to their deaths in the sea. My grandfather was ready to bid his wife and sons farewell, when the scouts reported having spotted a French military vessel nearby.”
The sailors of the French cruiser Guichen received a messenger onboard, who told them of the heroic resistance taking place on top of the mountain. French Vice Admiral Louis Dartige du Fournet, in charge of this and other vessels, ordered for the Armenians to be evacuated. The operation lasted two days. On September 14, the Manjian family, along with other defenders of Musa Dagh who had been miraculously rescued, arrived in the Egyptian town of Port Said and were placed in a refugee camp. “While the women and children settled in the camp, the men volunteered to continue fighting against the Ottomans,” Manjian says. “My grandfather joined the Armenian Legion that fought on the side of the Triple Entente. He continued to fight against those who deprived him of his home and killed his brothers.”
After the Ottoman Empire’s defeat, southern Cilicia fell under French control. The Armenians of Musa Dagh returned to their homes and began to rebuild their sacked villages. Panos once more began cultivating oranges and tending sheep. In 1921, Andranik, the future father of Panos Jr., was born.
Image: 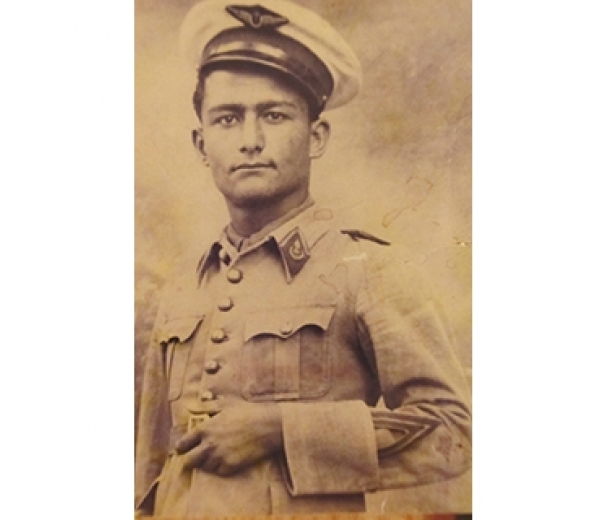 Text:
The only non-Arab
But that peaceful life was shattered on again: in June 1939 Paris succumbed to pressure from Ankara and agreed to hand the Hatay province back to Turkey. This region included Musa Dagh. The majority of Musa Dagh residents, including the Manjian family, fled their homes one more time. They moved to Lebanon and established the town of Anjar in the mountains, in the eastern part of the Bekaa Valley. To this day, six districts of Anjar are still named after Musa Dagh villages.
When he came of age, general Manjian’s father took an oath of allegiance to the French Army and served the Vichy regime during World War II. But having lost faith in the collaborators, Manjian defected to the side of General Charles de Gaulle. As part of the Armenian Legion he fought to free Palestine from the Nazis. After Lebanon established its own armed forces, Andranik returned home and served in the young republic’s army. In 1952 his wife gave birth to Panos, destined to become a member of the country’s government 58 years later.
Image: 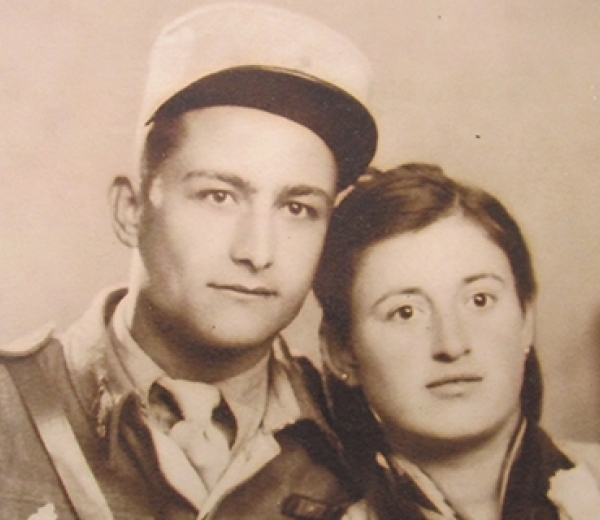 Text:
Panos, the youngest child, dreamt of a military career from a very young age, but ended up in the army by chance. “When I came to Beirut to study it turned out that a university education is quite expensive,” the general recalls. “I was too timid to ask my father for money, so I decided to apply where education was free.” That’s how Manjian became a military cadet.

The studies weren’t easy: Panos barely spoke Arabic. Out of 270 cadets he was the only non-Arab, and that was a serious challenge.

“In the eyes of the Lebanese officers, I was a representative of the Armenian diaspora. I had to prove that an Armenian can be an even greater patriot of Lebanon than the Lebanese themselves,” the General explains. “I wanted to convince them that Armenians are warriors. I think to some extent, I was able to do so.”
Image: 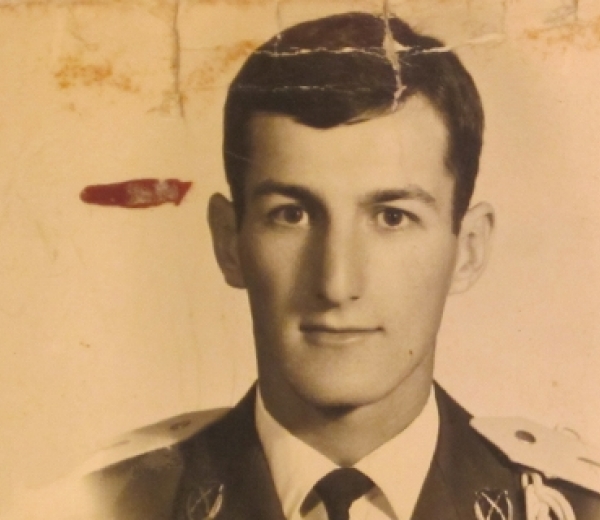 Text:
When Civil War broke out in the country Manjian had just graduated from the military school. As a platoon commander, the young lieutenant took part in liberating strategic facilities in Eastern Beirut from the brigands. Honoring his oath, he found an opportunity to help the Lebanese Armenians to organize self-defense units. Manjian made a great contribution to the defense of Beirut’s Armenian quarters as they preserved their neutrality at a time of unrest.
In August of 1983 Manjian, who had been promoted to captain, was seriously injured and spent almost six months in a hospital. After recovering, captain Manjian was sent to the United States to study the art of tank battle. For eight years he honed his military skills in Kansas and Kentucky, and later spent time at one of Canada’s military academies. Having returned to his homeland he became the deputy chief of staff of the Lebanese Armed Forces. He retired as a Colonel General in 2005.
Image: 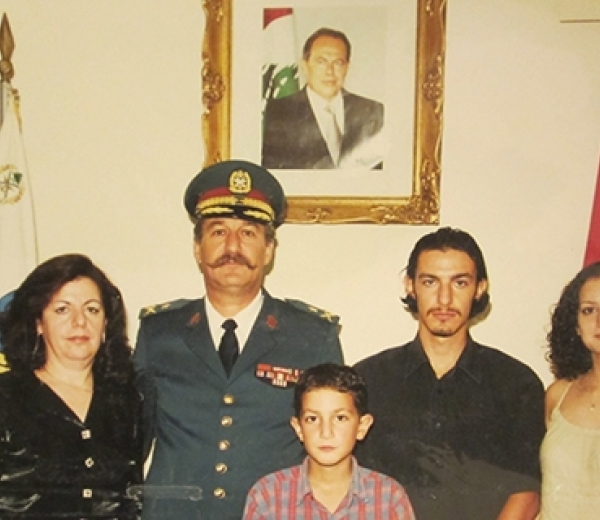 Text:
“At first I didn’t have too much interest in politics. But in countries such as Lebanon, if you don’t take an interest in politics, politics starts taking an interest in you,” the general says. “I dreamed of serving my country and was ready to do it in any way possible, so I considered it an honor when in 2010, President Michel Suleiman offered me a government position as a representative of the Dashnaktsutyun Party.”
Panos Manjian served as the minister of state for defense, internal affairs and national security for two and a half years. It was a difficult time for the army. After Syrian forces left the country, the Armed Forces of Lebanon underwent a restructuring program overseen by Manjian. Having successfully dealt with this challenge, the general left his position and focused on family and the Armenian community.
Image: 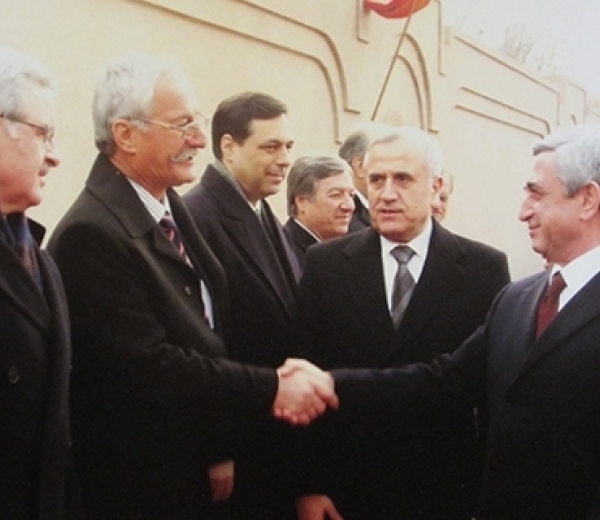 Text:
Panos Manjian is well known and highly respected in Lebanon, but he is especially revered in his hometown of Anjar. Every year, on September 14, Manjian personally cooks the traditional "harissa" porridge in the town’s central square in honor of the Musa Dagh rescue. This is how Lebanese Armenians commemorate their heroic ancestors and the French sailors who saved their lives.
The story is verified by the 100 LIVES Research Team.
Subtitle:
Former Lebanese state minister who cooks “harissa” in Anjar
Story number:
208
Author:
Artem Yerkanian
Header image: 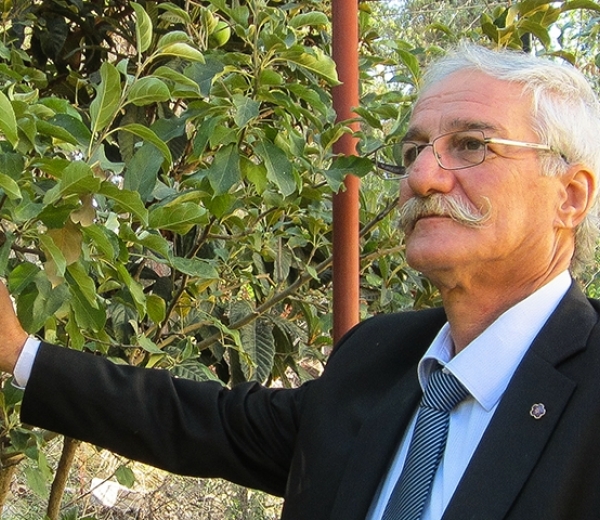