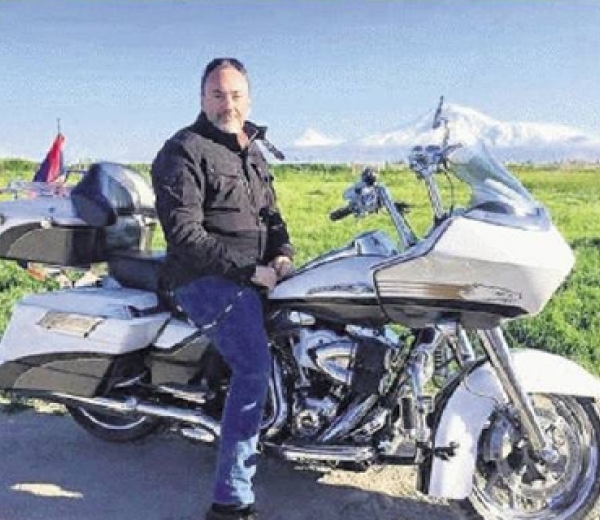 Text:
One might wonder why Henri Verneuil’s son bears the name of his paternal grandfather. “When I was 18, I went to see my father in his office to tell him I was going to take on our original family name. The fact that my name was Verneuil opened all doors for me. Life was easy until I felt the need to know who my real friends were,” Patrick says.
Unlike the scene in the second part of Verneuil’s film “588 rue du Paradis,” in which the father is touched by the fact that his son is taking on the family name, in real life Henri Verneuil ‘s reaction was virulent. “My father thought that in wanting to call myself Malakian, I was renouncing my real name, as if I didn’t love him any more. He also took it as a provocation, implying that I was more Armenian than he.”

Patrick believes that Henri Verneuil – born Achod Malakian – wanted to shield his family from the atrocities of the Genocide. He hoped that by the third generation, the family would completely forget its roots. “In fact, exactly the opposite happened,” Patrick says. “I just wanted to construct myself on my own, with my real name and without anyone’s help. I’m proud of my father and admire him, but the only thing I hold against him is that due to his ‘fully integrated’ way of thinking, he didn’t teach my sister and I to speak Armenian.” Patrick is now learning the language of his ancestors. 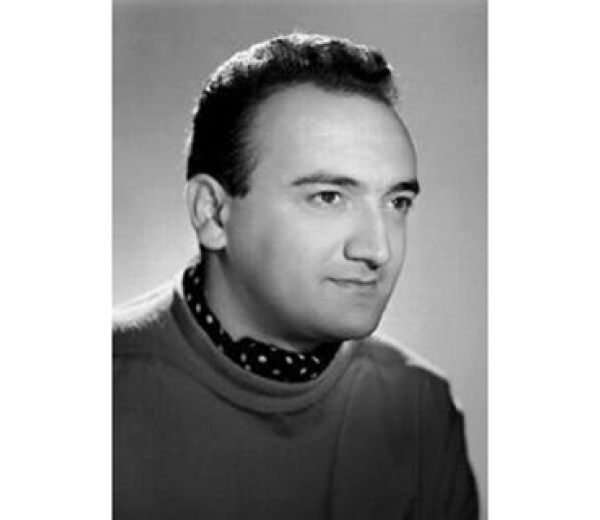 Text:
Though he was baptized at an Armenian church, all the names in Patrick’s passport are very French: Jacques, René, Edouard. “Take a look and you’ll see that none of them are Armenian!” he says with a smile. The same is true for his younger sister – Sophie, Anna, Béatrice.

“My father lived his ‘Armenian-ness’ as he did the Genocide: he never hid it and would always respond to Armenian associations that solicited him, but he didn’t emphasize his roots,” says Patrick.

Nonetheless, he finds his father’s words and deeds contradictory. “He, who always boasted about being an atheist, knew Armenian mass by heart. His own father took part in the construction of the Armenian cathedral on the Prado in Marseilles and was its head cantor. In 1981, just before my grandmother died, my father went to Soviet Armenia and brought back a communion wafer blessed by His Holiness the Catholicos Vasken the First for his mother, Araxie. She was deeply religious and died with the wafer in her hand.”
Image: 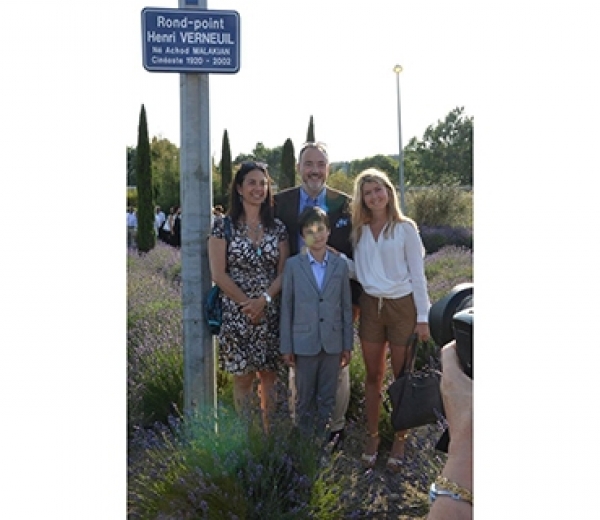 Text:
It’s not easy to get a glimpse of Achod Malakian/Henri Verneuil’s past life. “At home, we never spoke of our life before France,” Henri Verneuil wrote in his autobiography “Mayrig” published in 1985 and later adapted for the screen.

“As I read the book, tears ran down my cheeks,” says Patrick, who relived a stretch of his own family history while turning the pages of this cult work.

Yet there is still a heavy silence that blankets the past, as if a thick veil had fallen on the Malakian family right after the Genocide.
Henri’s father, Agop Malakian, was from Rodosto (present-day Tekirdag), a coastal city in the European part of Turkey. Agop, a well-off ship owner, married Araxie Bulukian, and his son Achod was born in Rodosto on October 15, 1920. Four years later, the victory of the Turkish nationalists led by Mustafa Kemal forced the family into exile.
After pausing in Greece, they took to the sea in hopes of reaching the United States. But the hardships of the crossing prevented them from continuing their voyage. “Grandmother Araxie was very ill, and they stopped in Marseille. They feared that a longer crossing would be fatal,” Patrick explains. A handful of gold coins sewn into Araxie’s dress was all they could take with them. The family fled in haste, leaving everything behind.
Image: 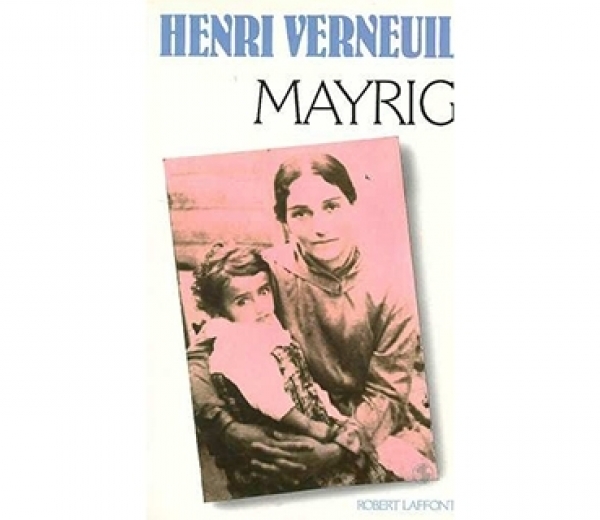 Text:
Lost in a world of stories told
Patrick’s father died in 2002 and took many secrets to the grave with him. “The biggest was his truth. He had romanticized his life to such an extent that he’d persuaded himself of a lot of things. My father was a storyteller, and like all storytellers, he was influenced by all the stories he’d heard when he was a child in my grandfather’s shop,” says Patrick.
The shop grandfather Agop had set up was one of the meeting places for Armenians in Marseilles. “My grandfather was an excellent cook and there were often a number of Armenians at his table,” says Patrick.

“With that many stories about the Genocide, how can we know which one was his? He held on to his truth and left with it.”

“Mayrig,” Verneuil’s last feature film, was the crown jewel in his breathtaking career. The film has two parts: the first recounts the history of the Marseilles Armenians in general and the Malakian family in particular, while the second is more autobiographic. “The letter he sent his father remained unopened, his second marriage was unhappy, all that is true,” says Patrick, who worked with his father as an assistant director under particularly difficult conditions, so much so that their relationship was dealt a serious blow.
“My father was obsessed with detail, his passion for precision was unparalleled, and thanks to this he was serene during shootings because he could devote himself entirely to his actors. But in the case of ‘Mayrig,’ it was the opposite, as if the subject were too much for him, too strong for him – he wasn’t able to deal with it emotionally.”
Having worked on the film for a year and a half, Patrick realized that he was in no way the assistant his father needed. “The atmosphere on the set deteriorated. The last scene took an entire week in Tunisia, we were filming deportations with thousands of extras in the desert,” he remembers.
“Three years before he died we had a talk, and I told him in plain words everything that was on my mind. We didn’t have a straightforward way of communication.” As in “Mayrig,” “There were never any outbursts of love, we never hugged or kissed, my father was always like that.

For him, the words ‘I love you’ were taboo.

It was obvious that he loved us. As a father he was very present, always had dinner with us, was very attentive and cared a lot about our education. However, he wasn’t very keen on the idea of my entering his profession, though he didn’t have to worry that I’d surpass him. With 35 films to his credit, he’s the French filmmaker with the most viewers worldwide.”
Image: 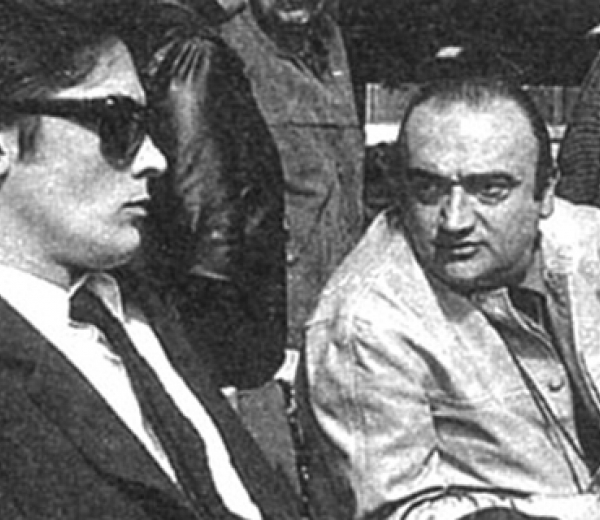 Text:
Focus on Armenia
Patrick may not have succeeded in uncovering his father’s secrets, but he found new inspiration in Armenia. A committed member of the Armenian community in the Provence-Alpes-Côte d’Azur region and in charge of the Armenian General Benevolent Union (AGBU), Patrick Malakian often travels to Armenia to implement his projects. He is proud to show the postage stamp he released in France in memory of victims of the Genocide.
Image: 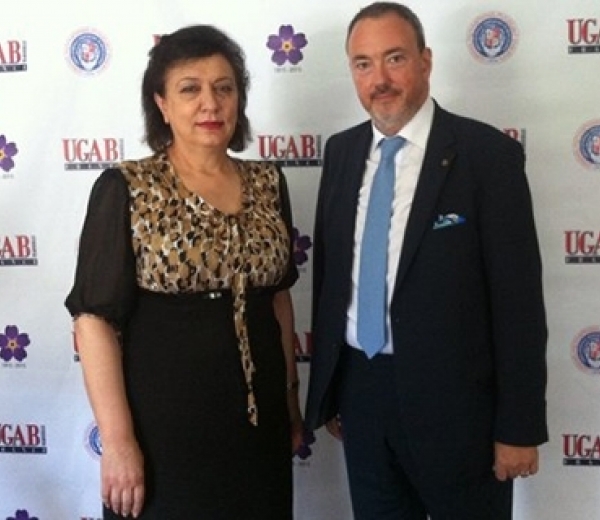 Text:
“We are so fortunate to live in a time when our country is going through a major transformation. Armenia is 23 years old, such a young country! I think it is extraordinary that I can help to build it by adding a brick,” says Patrick, who is on familiar terms with high-level Armenian authorities. And Armenian cinema? “I’m considering a few options and for the moment there’s nothing concrete. But I’m ready to go and work in Armenia for just that purpose.”
The story is verified by the 100 LIVES research team.
Subtitle:
Filmmaker and son of director Henri Verneuil on emerging from his father’s shadow to discover Armenia
Story number:
130
Author:
Tigrane Yegavian
Header image: 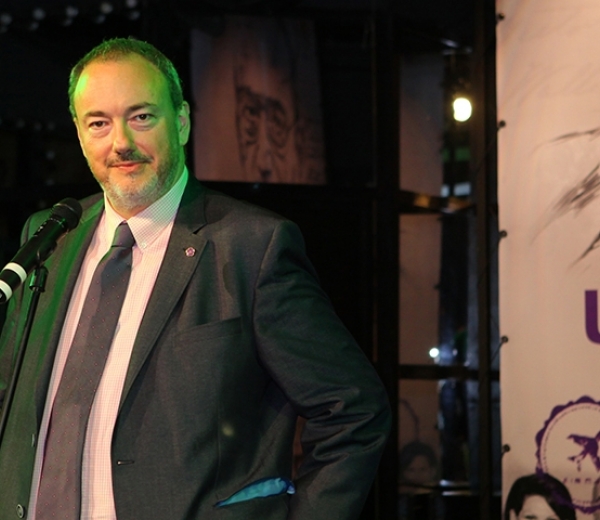