Award-winning opera singer Isabel Bayrakdarian is renowned for her striking, versatile voice and celebrated for her beauty, presence and style on some of the world’s most famous stages.

Yet while London’s Royal Opera House is a far cry from growing up in war-torn Lebanon, for her these are just two stops on the same unforgettable journey.

That journey began when her family was slaughtered during the Armenian Genocide and her surviving ancestors were forced to flee their homelands of Sebastia (now Sivas), Adana and Deortyol. Their incredible resilience and determination in the face of brutal persecution are the drivers behind Bayrakdarian’s success 100 years later.

“My maternal grandparents and their families were driven out of Sebastia and Adana, including my eight-year-old grandfather Kegham Kaprielian and my great-grandmother Zabel Seraydarian, after whom I am named,” she explains. “It’s hard to truly grasp what they went through. While I was growing up the atrocities were a constant presence through stories and visual reminders of the Genocide and its victims. From a young age I was very much aware of the horrors brought upon us, and this made me even more determined to build a better future and to prove that my existence matters.”

The Cost of Escaping

The blows her family was dealt during the ordeal were considerable – from her great-great grandfather’s death by beating to the loss of many family members through starvation and illness as they made their escape to Syria.

“What haunted my grandfather most from that journey was having to leave his mother behind because she was too ill to keep up,” Bayrakdarian adds.

“Imagine being a child and walking away from your mother knowing you would never see her again.”

A Time for Heroes

Yet, as with many other Armenian families, heroism accompanied Bayrakdarian’s tragedy.

Her great-grandfather Ananya Kaprielian, also known as Sepasdatsi Keri, took part in many daring rescues of women and girls kidnapped by the Turks, efforts that led to him being captured many times, tortured and even sentenced to death.

“My aunt told us about a time when he was caught and about to be hanged, only for his friends to arrive on horseback and rescue him at the last minute.”

The Power of Music

Stories like Ananya’s resemble film or theater plots, but fast forward to today and it is Bayrakdarian who finds herself regularly performing alongside the world’s greatest philharmonic orchestras or recording soundtracks to Hollywood blockbusters, like Howard Shore’s “Lord of the Rings.”

In many ways, it is a life that she could hardly have imagined during her early childhood in Zahlé, Lebanon. Yet even then music was ever-present in her traditionally patriotic upbringing – from Armenian sacred music dating back to the 5th century to Armenian folk songs passed down to her through generations.

Having moved to Canada with her family at the age of 14, Bayrakdarian graduated from the University of Toronto with an honors degree in biomedical engineering. It was not until she won an international opera competition that she really began to consider the career of an opera singer.

“Logic would say engineering is the safe route,” she recalls. “But being the child of free-spirited people I knew I had to take a leap of faith and give music a try.  To this day, I have never regretted that decision.”

Her spectacular success is as much testimony to Bayrakdarian’s adaptability and endurance as to her musical talent. In addition to recording a Grammy-nominated album of songs by Gomidas Vartabed (or Komitas Vardapet), one of the projects she recently undertook was filming “A Long Journey Home,” a video documenting her first trip to Armenia.

For her, filming it with her mother was an emotional experience, and she has no doubts that this deep connection to history motivates her to work hard to achieve happiness and success for her own family now.

“My mother used to sing traditional Armenian songs to us, and she made sure that we grew up feeling very proud of our Armenian roots. She cultivated the strong desire in our hearts to protect our identity and culture with our language, songs, prayers and actions,” she says.

“I want my children to feel the same. To be very much aware of this dark chapter in our people’s history, and at the same time to be very proud of who they are, whose descendants they are and where they come from.”

“The legacy of the Genocide impacts every Armenian today; it’s incredibly inspiring to see that 100 years on, we have turned these survival stories into success stories and that we continue to strive to make the world a better place than we found it.”

The story is verified by the 100 LIVES Research Team

Subtitle:
The opera singer renowned for her striking, versatile voice and celebrated for her beauty, presence and style on some of the world’s most famous stages
Story number:
58
Header image: 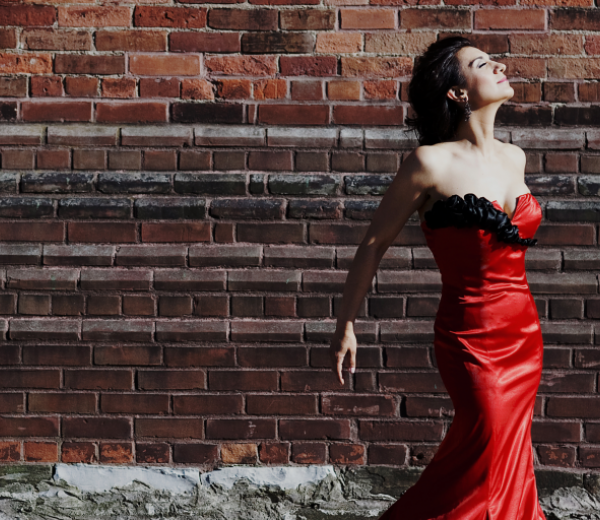