By Kamo Mailyan and Wendy Elliott

On the eve of the 100th anniversary of the Armenian Genocide, Nancy and her husband Eric are eager to change that. From archival papers in Harvard University, Ohio’s Oberlin College, the Rockefeller Archive Center and their own collection of personal letters they have pieced together the remarkable story of Susan Wealthy Orvis.

Beginning in 1902 Orvis traveled the world as a missionary for the American Congregational Church and later the American Board of Commissioners for Foreign Missions. At the start of World War I, she was asked to go to Gesaria (now Kayseri), Turkey, by the Near East Relief Orphanages. Within a year, she found herself in Tiflis, Russia (now Tbilisi, Georgia). “In the Turkish Empire we were going to try to help the Christian people who had escaped massacre and death by deportation, and had taken refuge in Russia,” she wrote in her manuscript “Through Russia” in 1917. “The number of these Armenian refugees was several hundred thousand… In Tiflis only we provided 15,000 orphans with clothing. Other missionaries were unable to arrive on the account of Kurds around the foot of Mount Ararat. They were at Igdir, where there was more trouble than at other places.”

The condition of the refugees was very distressing to Orvis. “We helped ‘home orphans,’ too, who were children that had lost their fathers in the massacres; many of them were with their mothers but destitute. Old people were even more pitiful than the children because they were so cold and miserable and sick and lonely and neglected.”

It is estimated that one and a half million Armenians perished between 1915 and 1923, but their supporters were not treated kindly, either. Orvis lived under constant fear of having her belongings searched by the authorities, and perhaps being deported, so she censored her own words. “It was so depressing to see such utter misery and wretchedness and squalors and need,” she wrote, “and not to know any way to relieve it.”

Her mission was soon forced to move from Tiflis to Alexandropol (currently Gyumri, Armenia) for a short time. “In Alexandropol we tried to care for thousands of refugees who had no other means of existence but only the relief we were able to give. People were dying on the streets every day. I began with looking after the milk depot, and we increased the number of babies fed till we had 300 on our list.

Soon, they were “ordered out of Alexandropol because the Turks were advancing from Kars. All Armenians had to flee. Many were massacred there and on the way out.”

“Aunt Susan and her fellow missionaries returned to the Gesaria region in 1919,” Nancy Moore said. “Of course, their aim was to help the orphaned children, but since Gesaria itself was not recognized by other countries, it was hard to get relief supplies in, or to feel any sense of security. She was almost like a prisoner, living for four years under the strict and suspicious supervision of the local government.”

“For months I had my suitcase packed,” Orvis wrote, “and carried money with me, not knowing what might happen any minute. Our great fear was that we might be deported and the thousands of Christian orphan children under our care would then be sent out on the roads to die of starvation and cruel treatment as we saw many others were being treated.

By now Susan Orvis was accustomed to the harsh conditions of post-World War I refugee camps. But her greatest challenges were yet to come, starting with the Great Fire of Smyrna in 1922. 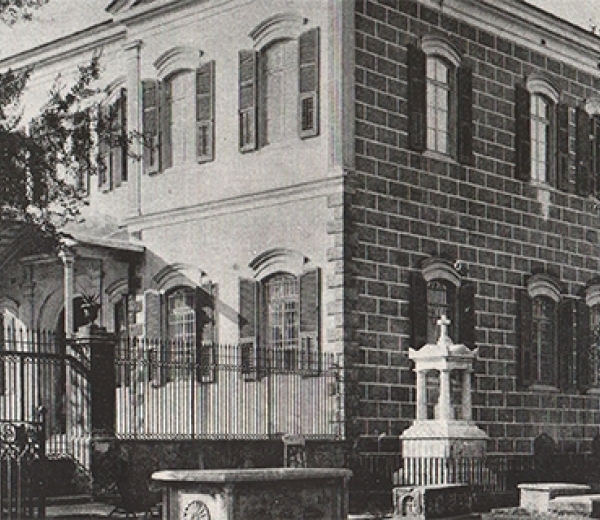 Smyrna was an important financial and cultural city at the eastern end of the Mediterranean Sea on the coast of Turkey. It was roughly divided into three quarters: the upper portion was Muslim and Jewish, and the port area was Christian, inhabited by Greeks and Armenians. Since the end of World War I, and what was the beginning of the short-lived Greco-Turkish War, Greece controlled the city. On September 9, 1922, the Turks invaded Smyrna and immediately targeted the Christian district. Within days the port district was set on fire. It burned for four days, but the systematic destruction of people and buildings went on for two weeks. More than 10,000 Greeks and Armenians, and visiting foreign nationals, were killed. Many people were rescued by offshore foreign navies who did not have the authority to intervene and who witnessed the massacre of many more on the shore.

Orvis raced to Smyrna with the goal of saving as many children as she could. “On my way I met a great company of Greek women and girls who were being deported to Gesaria from the Smyrna region, and who were dropping dead along the road from starvation. They went crazy at the sight of food. But we fed them out there at the foot of the mountain. And I took some of them with me, but many were beyond help.” This is not surprising, because the distance they walked between Smyrna and Gesaria was 800 kilometers. 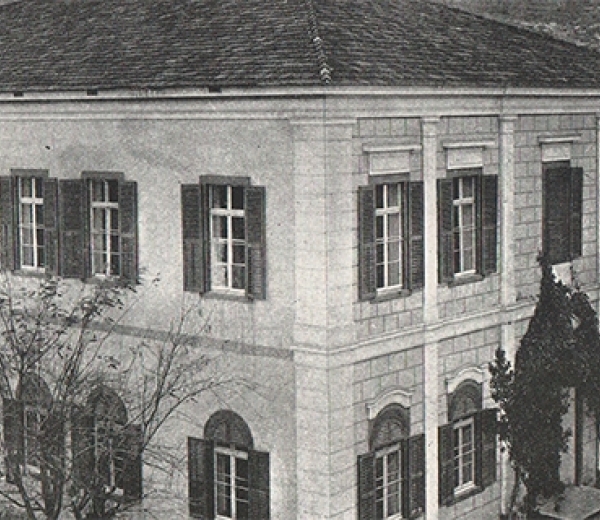 In November, Orvis organized transportation for 3,000 orphans from Gesaria, south through Tarsus, to get them out of Turkey and into Syria and Greece. Fifteen caravans of covered wagons crossed the mountains to the Baghdad Railway. “It took each caravan five days to get there,” wrote Orvis. “I had charge of all of them to see that they had food and a place to stop where they would be safe at night. I rode back and forth along the line in a R.E.O. truck, and kept track of them on the road.”

As Nancy Moore leafed through the letters and photographs of her aunt’s family, she said that Orvis had written an article for the February 1923 edition of “The New Near East” and had encapsulated her experiences in two sentences: “I have never in my whole experience in the Near East witnessed such human sorrow, distress and death, as caused by this vast flight, which is depopulating one of Turkey’s richest provinces. It was like a march of terror.”

One particular letter in Moore’s collection summed things up. “Aunt Susan wrote to a friend that she was happy to report that of the 3,000 children she had helped rescue from Ottoman Empire, not one had died on the way. All of them were saved. She was 48 years old at the time. Isn’t that remarkable? I’d like everyone to know her name.”

Kamo Mailyan is a graduate of the Genocide and Human Rights University Program of the International Institute for Genocide & Human Rights Studies (IIGHRS), a division of the Zoryan Institute.

Wendy Elliott is the author of “The Dark Triumph of Daniel Sarkisyan,” a young adult novel about a boy and his sister, both survivors of the Armenian Genocide.

This story first appeared in The Armenian Weekly. 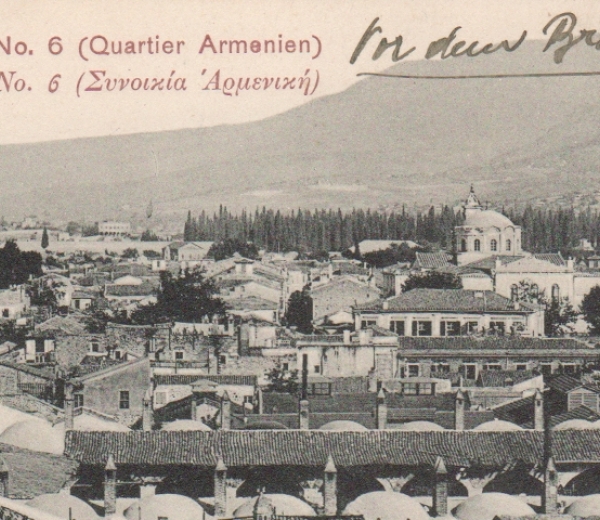