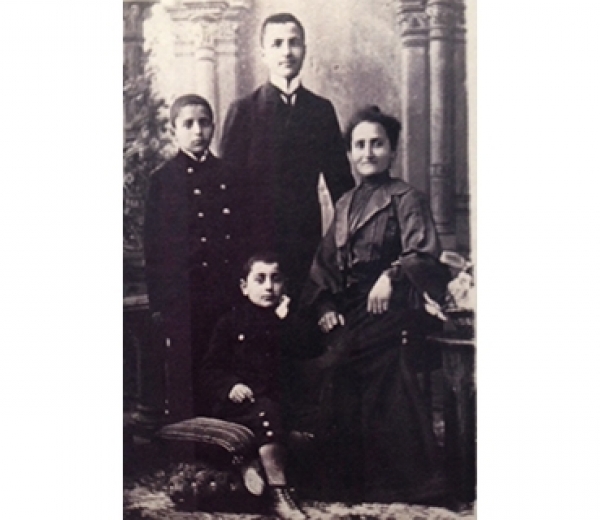 Text:
Siruni was born in a poor family and lost his father early, which forced his mother Mariam to go to Istanbul in search of work. She was soon joined there by her three sons: the eldest, Hagop, the middle son Haig and the youngest, Krikor, Patrice’s father. Mariam worked hard to make sure her sons could study at the best schools. The boy, who would later become Siruni, was admitted to the prestigious Armenian lyceum Getronagan. There, he befriended prominent Armenian men of letters: Misak Metsarents, poet Vahram Tatul, writer Gegham Barseghyan and journalist Shawarsh Misakʻean.
Siruni’s literary career began with the publication of a collection of poems titled “Twilight,” permeated with an aesthetic of symbolism so dear to his generation. In 1914, Siruni published “To the Time of Miracle,” in which he sang praise to beauty and joined the “neo-Paganism” movement, supported by his friend, poet Daniel Varoujan. Together they published an almanac titled “Navazard” (“New Year”), which came out in Constantinople in 1914. But the exuberant revival of Armenian literature in the Ottoman Empire was suddenly interrupted: the Empire joined World War I in alliance with the Central Powers.
Image: 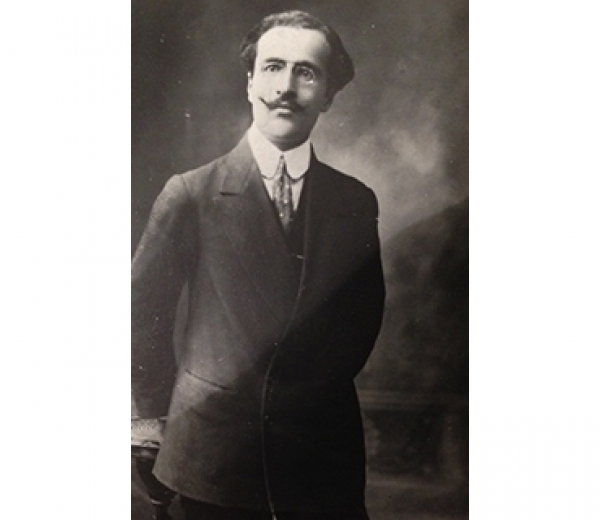 Text:
A mutilated destiny
On April 24, 1915 Siruni’s name ended up on the list of Armenian intellectuals who would be arrested by the Turkish police and exiled from the country. The poet was in the crosshairs of the bloodthirsty Young Turk regime for the articles he wrote for the Azadamart newspaper. Siruni had already been under the close watch of the police and several years earlier, during the rule of Abdul Hamid II, he discovered the hellish conditions of Ottoman prisons. At that time, he was able to regain his freedom within a few months. This time, he was forewarned of the roundup and was able to go into hiding. He spent the war in Istanbul, hiding with a friendly Greek family. His younger brother Krikor was deported in his place, but was later able to return. As Patrice says, “He never spoke about this experience.” The middle brother, Haig, was a talented young man expected to have a great athletic career. But he fell victim to the Genocide, killed while serving in the Ottoman army.
The war ended in December 1918 and, after several years of underground life, Siruni reemerged from hiding. He began to work and even established a temperance league. In 1919, along with a committee of intelligentsia, he held the first ceremony in honor of the Genocide victims in Istanbul. This was followed by a short period of calm in 1919 to 1922, when the artists and writers who survived the Genocide hoped to once again find normal living and working conditions in the Ottoman Empire. Siruni returned to his literary activities, working with the Armenian press, publishing articles and poems. He became interested in theater.
Image: 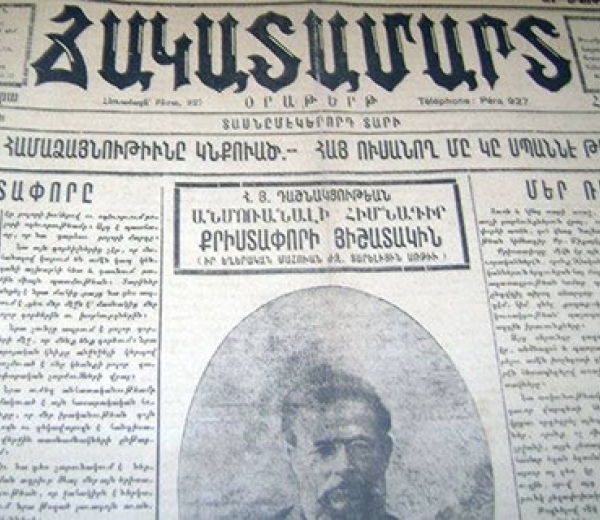 Text:
In 1920 Siruni ended up in Thessaloniki, then in Bulgaria and, finally, in 1922, in Bucharest. There, in October of 1923, together with several of his writer friends who were able to escape the Turkish persecution, he created the literary and artistic magazine Navazard. Siruni knew that he wouldn’t be able to return to Istanbul and yearned for times past.
The poet settled in Bucharest and continued his literary activities in both the Romanian and Armenian communities. With the help of his friend, Romanian historian and politician Nicolae Iorga, he introduced Romania to Armenian culture. Siruni had always been very industrious and wrote in both Armenian and Romanian. “He had a talent for languages,” his relatives would say. When Siruni lived underground in Istanbul, he wrote in Armenian, but using a Cyrillic alphabet, so no one could track him down.
In his new home, Bucharest, Siruni taught at an Armenian school. He organized a census of all Armenian churches and monasteries in Romania, many of which had been built over 200 years before. The poet was the teacher of the future Catholicos Vazgen I. It was Siruni who saw the spiritual calling in his student and told him: “You’ll be a priest.” Vazgen I considered Siruni a mentor of sorts and treated him with reverence. In later years, they met many times in Soviet Armenia, specifically at the Mother See of Holy Etchmiadzin; Siruni visited there five times between 1965 and 1971 on personal invitation from the Catholicos.
In 1944 someone denounced Siruni to the authorities, and he was arrested by the Soviets and sent to a Gulag labor camp for 10 years. Patrice remembers: “Even at the Gulag, my uncle managed to set up a library. He said that he missed those 10 lost years, when he couldn’t continue his literary work while his creative powers were at their peak.”
Image: Text:
Siruni’s nephew Patrice was born in 1951. He grew up in Paris and went to the prestigious Lycée Henri-IV. His father, Krikor, had moved to Paris with his wife in 1922, while Siruni continued to live in Bucharest. Siruni and Krikor kept in touch via mail. “My father rarely talked about his youth. It was as if he concealed that time under a black canvas. I was only able to piece together the details of their lives at that time from conversations with my mother and the letters that I found,” says Patrice.
Photographer of French Armenians
Krikor suffered through arrest and deportation in place of his brother Hagop. After the war, he returned to Constantinople, where he headed a group of 1,000 boy scouts. For this he received a thank you letter from Lord Baden-Powell, the founder of the scout movement. In addition, Krikor organized athletic events, as he did until his death in 1975.
Image: 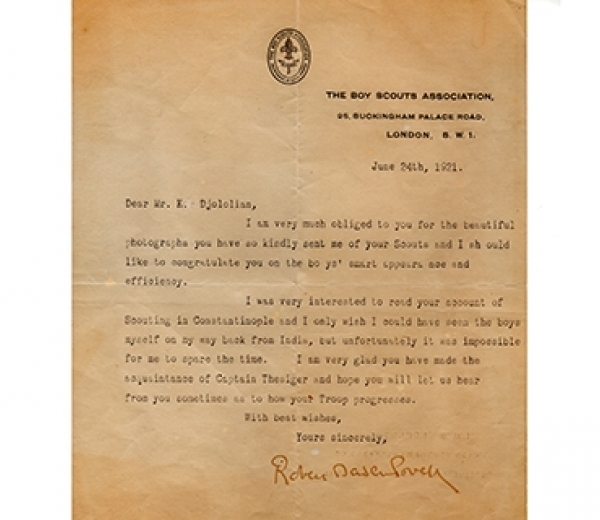 Text:
Krikor soon embarked on a career as a photographer, opening a photo studio in Paris called Arax. He kept a photographic record of the majority of Armenian events in Paris, among them the burial of General Andranik, the funeral of Komitas’ father and the 1936 visit of Austrian writer Franz Werfel, author of “The Forty Days of Musa Dagh.” Krikor earned his global fame taking professional portraits of bodybuilders. He photographed such famous people as Sean Connery and Arnold Schwarzenegger. “Today, these pictures can be found in France in the Museum of Immigration, at the Carnival, in the house of Nicéphore Niépce and in Armenia at the Genocide Museum,” says Patrice.
After 46 years of separation, brothers Krikor and Hagop had a chance to see each other in 1966 at Etchmiadzin. “It was a very emotional moment,” says Patrice.
Image:

In 1970, the Paris Gaveau Hall was rented for the celebration of Siruni’s anniversary. The celebration was attended by Catholicos Vazgen I. For Patrice, it was his second meeting with his uncle: “I remember a man with a strong character and an inquisitive mind. I remember the words he used to describe Siberia. He didn’t complain about his suffering, but he was sorry about the lost years when he was unable to write and create.”

In 1973, Siruni died and his brother Krikor went to Bucharest for the funeral. He brought back with him his brother’s autobiographical manuscript. Krikor was able to hide it while the investigators of Securitate (Romanian secret police) were going through the writer’s general papers, the majority of which are still kept in Romania’s national archives. Krikor patiently re-typed the manuscript. 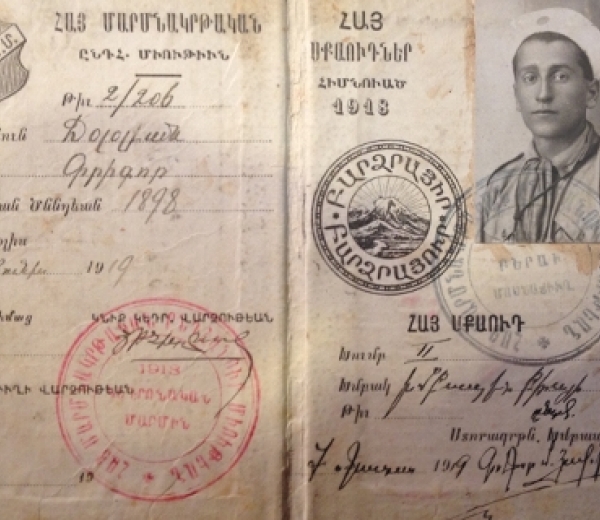 Text:
Adventures of the manuscript
Over the course of his career, Krikor Djololian collected thousands of candid images depicting French and Armenian life from the 1920s onward. “I feel as if it’s my duty to make sure that as many of these photographs as possible find their way to exhibits and publication. Because this is a way to pay my respect to my father and because their historical value is very high,” says Patrice.
Patrice didn’t find Siruni’s memoirs in his father’s papers until 2005, 30 years after his death. He couldn’t read written Armenian well, so he asked a friend who was passing through Paris to help him decipher the manuscript. His friend had no idea what the document was about, but he spent four hours reading it and when he finished, there were tears in his eyes. “He confirmed the historical and literary importance of this memoir. I decided to publish it. With the help of my brothers Claude and Eddy, and with support from Hamlet Gasparyan, the Armenian Ambassador in Romania, the book was published in Yerevan in 2006. This is a wonderful gift to the future generations from the heirs of Siruni,” says Patrice.
The story is verified by the 100 LIVES Research Team. 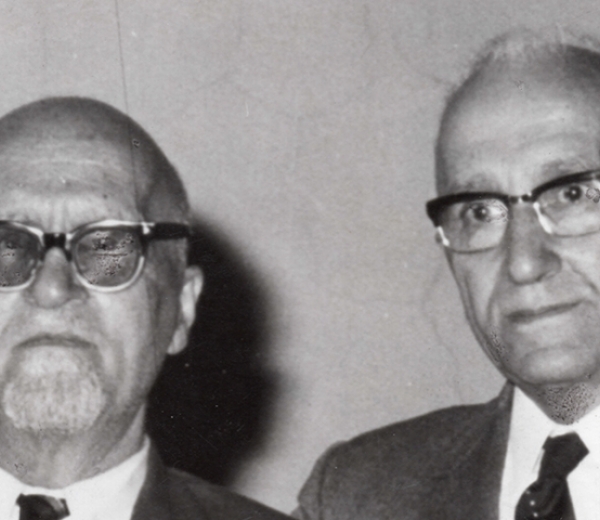