I was named after my grandfather, Elia Bilemjian. My grandfather was the youngest baby (about two months old) out of five children when his family emigrated from their home in Aintab, now Gaziantep, Southern Turkey, to Aleppo (Syria) during World War I, leaving behind all their property and major possessions. They were not alone, of course. Other families were also fleeing at the time, sometimes under French supervision, since the Ottoman Turks were deporting and massacring Armenians in the absence of Western powers.

The path was very snowy and ice-cold. They were exhausted, going on a journey of around 70 miles by foot and with heavy baggage. My great-grandfather, Yenovk, lost all hope and said they would have to leave Elia behind for someone else to take and raise him. He was left on the snow. But the family turned back to get him after about walking about 50 meters, saying, “What’s this baby’s crime for us to leave him in the snow? Let him be a part of whatever becomes of us.” He was already wet and turned blue from the cold. As a result, my grandfather got pneumonia, from the consequences of which he eventually passed away. He died before I was even born, so I never had the chance to meet him.

My paternal grandmother’s father, Dikran Baghdasaryan, was originally from the town of Arapgir, Malatia Province, Eastern Turkey. He was a child when the massacres started there.

He survived by pretending to be dead in a pile of slain bodies after getting wounded by one of the murderous officers’ daggers. Once they left, he fled to a hospital, walking all the way to Aleppo, a trip of over 200 miles.

He journeyed through swamps, drinking from the murky waters to stay alive on the journey. He ended up getting malaria.

Out of his brothers and sisters, only two others survived. His brother, Mikael, escaped to Russia during the massacres at the age of 12, eventually becoming a high-rank captain in the Soviet Union after fighting against Germany in World War II. His sister fled to Batum (Georgia), although it is unclear how she managed to reach it. Their mother and her three other children were slaughtered at home when they came outside of hiding to look for her husband, Stepan Baghdasaryan.

Stepan somehow survived as well, becoming blind when he reached Aleppo after who knows what kind of suffering he witnessed and endured. He and his son Dikran were reunited there. My grandmother was born after Dikran married his second wife, Lucia Deukmejian. Both of my dad’s parents’ families then moved to Lebanon, where my mother and father eventually met and got married.

As for my mom’s grandmother, Ovsanna Zeitjian, her family had to take a train in the middle of the night to escape from Aintab when she was a baby, leaving everything behind. Her father’s position as a tailor for the Turkish Army protected him only for so long. The soldiers warned him that since he was Armenian, it wasn’t safe for them to stay there. If they had stayed, they most likely would have perished.

Subtitle:
"I am captivated by traditional music and dance"
Story number:
158
Header image: 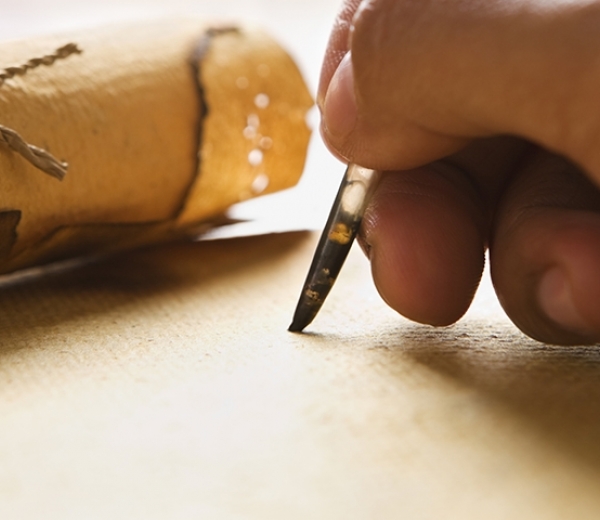