Submitted by 100lives on Tue, 02/17/2015 - 10:47
English
Intro:
Abbey Road studios in central London has seen concerts and recordings aplenty since it was immortalized by The Beatles in 1969. But there has never been anything quite like the event that took place in April 2014.
Location: 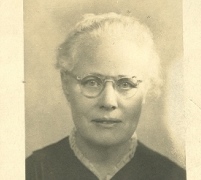 The small town near Ry, where Maria Jacobsen was born. It was here that she learnt about the Genocide.

Vartan’s father came from Mush, in today’s Turkey, but fled during the Genocide

The Bird’s Nest orphanage, where Vartan grew up, was established in 1928. 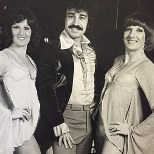 Abbey Road studios in central London has seen concerts and recordings aplenty since it was immortalized by The Beatles in 1969. But there has never been anything quite like the event that took place in April 2014.

That day, a man who became a refugee and lived in orphanages and on the streets of Beirut for the first 26 years of his life took to the podium to record his own symphony with the Royal Philharmonic Orchestra (RPO).
“It took decades to write the work, but that’s OK because it’s really the story of a lifetime - my lifetime and that of so many other Armenians,” says Vartan Melkonian.
“Farewell to Maria” is the second movement of the symphony and his way of saying “thank you” to the only mother he ever knew.
Melkonian’s grandparents were murdered in the Armenian Genocide, but their children, his mother and father, made it to the safety of orphanages in Armenia and the Middle East. After his mother died, he and his brother and three sisters were brought up in an orphanage in Beirut run by a Danish missionary called Maria Jacobsen. He wrote “Farewell to Maria” after Jacobsen's death in 1960.
“I listened to Maria’s vinyl LP records in the orphanage on one of those old-fashioned gramophones with the giant horn.” It is Melkonian’s way of commemorating the Genocide and saying “thank you.”
Image:

Quote:
I listened to Maria’s vinyl LP records in the orphanage on one of those old-fashioned gramophones with the giant horn.
Image: 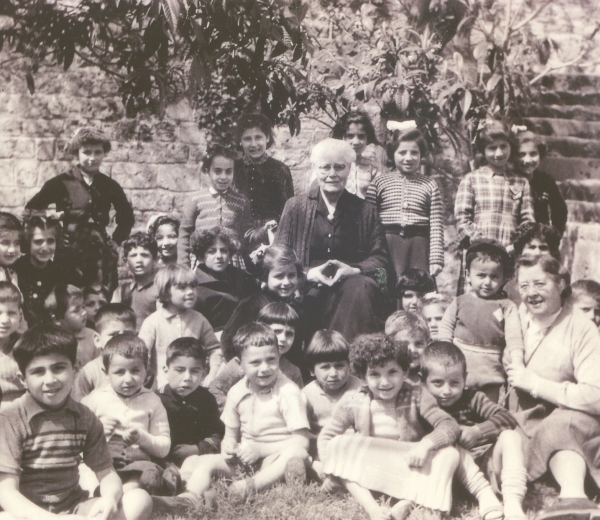 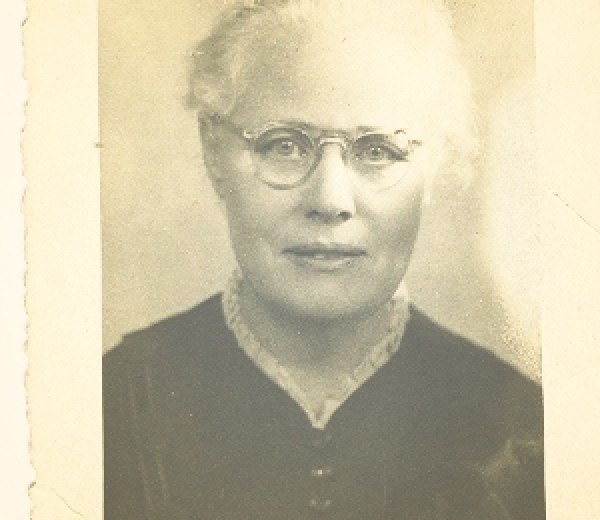 “I owe everything I am, my very existence, to a nurse from Denmark who had a vision of an angel telling her to go to a land she had never visited, at a time when women did not travel alone, to save Christians from being massacred. It was an extraordinary thing to do.”

“I cannot express my gratitude enough, to say how wonderful people like Maria were. I and the other children in the orphanage called her ‘Mama.’ I didn't know her real name until I’d grown up.”

Melkonian’s family hailed from the city of Mush, near Van, back in what was then Armenia but is now in Turkey. He recalls his late father, Moses, telling him how, as a six-year-old boy, he saw his parents rounded up and taken away by Ottoman soldiers. Neither was seen again and there is no record of what happened to them.

Moses was placed in an orphanage by an organization called Near East Relief and later transported to a refugee camp in Beirut. It was there in around 1940 that he met, fell in love with and married another orphan, Haiganoush. Vartan was born a few years later. Haiganoush died of plague when Vartan was only four years old. Moses was grief-stricken and could not care for his children. So, Vartan and his brother and sisters went to live in the Bird’s Nest orphanage, in Byblos, 35 miles north of Beirut. They lost touch with Moses.

Life at the Bird’s Nest was hard, but it was home. Even though he had never been to Armenia, he learnt something of his culture in the orphanage, thanks to Jacobsen. “Every first Sunday of the month we used to have an Armenian Mass. It kept our tradition going.” 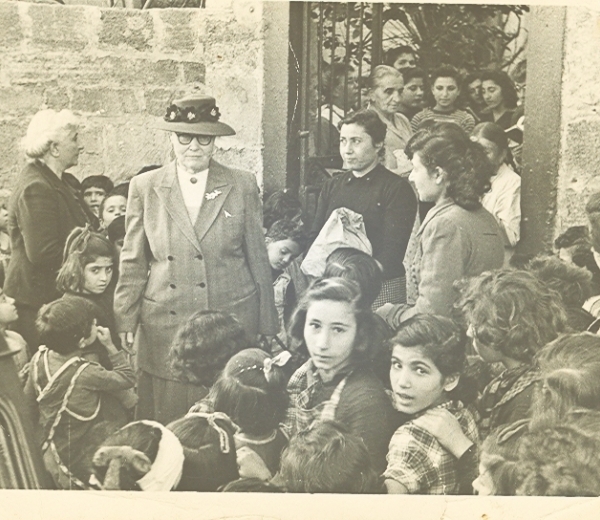 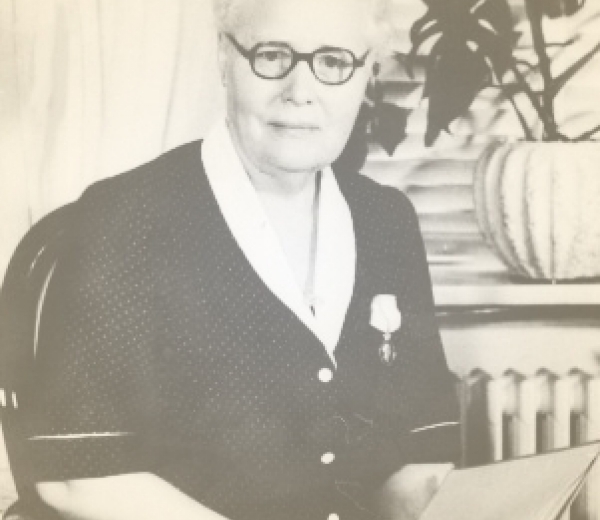 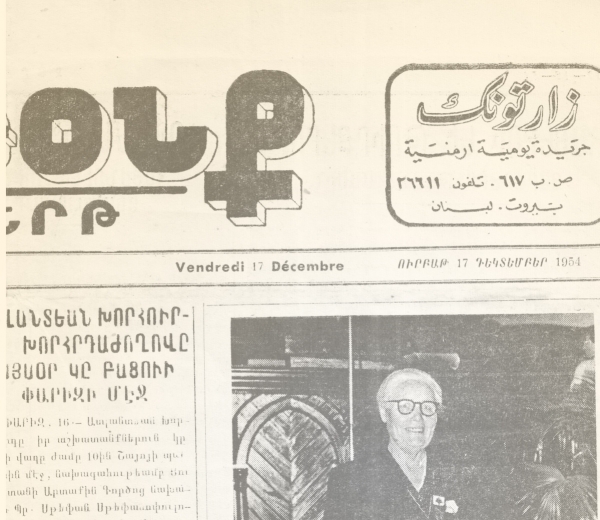 Title:
I used to call her mama
Text:

It was Jacobsen who first told him of the Genocide. “We used to sit under a tree and she would tell us eye-witness stories. To know that my kin were actually subject to this barbarism was almost impossible to understand.”

That’s why commemorating the centenary is so important, “not only for Armenians, but also for ordinary people, for everyone.” 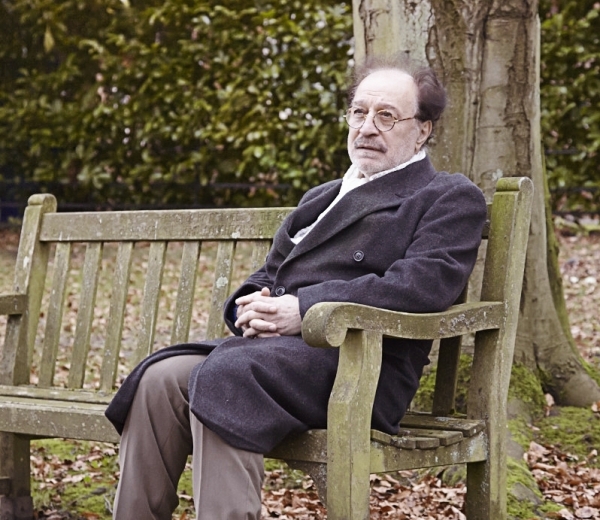 If Maria Jacobsen saved Melkonian’s life, it was music that made his life. After hearing his first classical music on Jacobsen’s gramophone, he acquired a guitar and taught himself how to play.

His big break came when he was a teenager and became the lead singer in Fontana nightclub’s house band. At the club an English musician helped him to get a job performing in clubs and pubs in the north of England. “I was happy to leave Lebanon because it was the 1970s and the conflict was starting. I went from sunny Beirut to Skegness and I would sing Tom Jones’ covers - Delilah!”

He soon got a permanent residency at a London club called Talk of the Town in Leicester Square and the Celebrity nightclub in Bond Street. He appeared in ITV’s New Faces, the X-Factor-style talent show of the day. One night in Celebrity he met two Omani princes and he persuaded them to commission him to record a piece with the Royal Philharmonic Orchestra.
Even though he lives near London, he has not - cannot - forget his time in Beirut. “I go three times a year. I stay in the orphanage. It’s still there. I sleep in a little room, a little cell. The director always introduces me to the children and I sit with them and have lunch, my meal with the children. I prefer it to any hotel. It’s my home, the only home I know.”
To further commemorate the Genocide and honor Maria Jacobsen, Melkonian and his daughter Veronica plan to walk the 1,000 kilometers from Van to Beirut, the route that his parents and hundreds of thousands of other Armenians walked. “Essentially, people are good. The most important thing is to come together. We want to draw attention to the good that Maria Jacobsen did.”
“Gratitude is a solemn importance. It’s simple and powerful. One hundred years after we almost all died, we Armenians say: ‘Thank you for life’.” 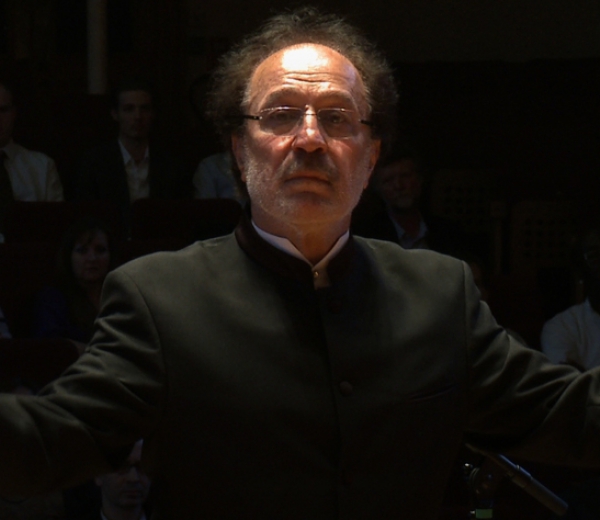