Hratch’s family legacy both urges him on and wears him down. He is no armchair academic: he seems impulsive and ready to fight, a man of deeds and not words. His first name means “fire eye” – a heathen omen that allows deep insight into the man’s soul.

But the proverbial rough diamond is just one side of him. A man of profound and constant reflection, he is driven by questions of right and wrong, responsibility and compassion. The epitome of a self-made man, he could simply lean back and rest on his laurels. Yet he continues to seek truth and understanding. 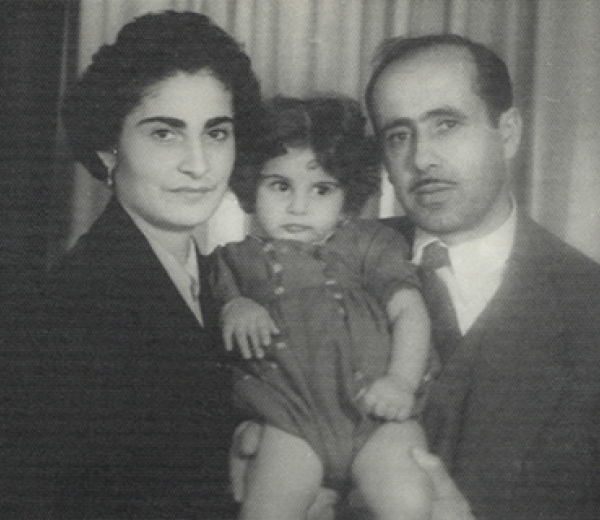 Text:
A belligerent childhood
Hratch was born in Istanbul’s Armenian Kumkapi neighborhood in 1953. “When we were kids, we played with the boys next door. We were Armenian soldiers and they were Turkish soldiers. Sometimes we beat them up, but being superior in number, they beat us up more often,” he remembers.
His parents’ divorce left him insecure. “Back in the day, it was simply outrageous. Overnight I was no longer welcome in my friends’ homes,” Hratch remembers. He became politicized at a young age, and his convictions made life even more difficult. “Most young people were influenced by communists and socialists. Equality, peace, justice – those were our values,” he recalls.
Gold inheritance
Hratch’s maternal grandfather, a goldsmith by trade, was born in Varna, Bulgaria. “Jirayr was a strong but sensitive and decent man," Hratch recalls. “People trusted him with their gold: he melted it down, purified it and turned it into something even more precious.” His father Geghmes was a goldsmith too. Growing up with gold, silver and gemstones in the house, Hratch began to peddle amulets and lucky charms door to door when he was just 13 years old.
Five years later he went to America to live with his grandparents Jirayr and Agavni, who had moved to New Jersey.

“When I was 23, I set up my own business. I started as a diamond setter, but soon began designing and crafting my own jewelry. By the time I was 30, I had made my first million,” he says.

In 1989 Hratch traveled to Armenia. “In the aftermath of the earthquake, all we wanted to do was help,” he says. He has since funded numerous aid programs and become a caring godfather to over 50 children. Besides a bank and construction firm, he and his business partners also run farms and ranches in Armenia and the Nagorno-Karabakh Republic. He is also known to the broader public as president of the FC Ararat Yerevan soccer club, but it remains to be seen if the team will ever be restored to its former glory.
Image: 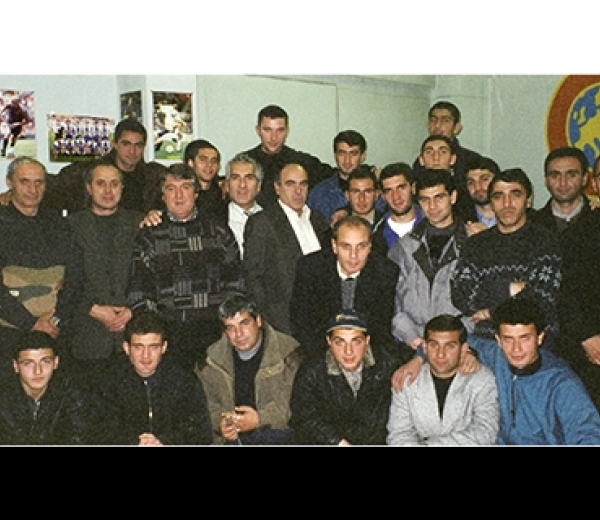 Text:
In his grandmother’s words
Hratch hasn’t been to his birthplace in Turkey for 45 years. “I’m not sure if I could keep my anger in check,” he says. Emotions can be very powerful and rationalizing them is not always easy: embitterment, pain, powerlessness, confusion, love, silent grief and undirected anger are just a few of the ones that haunt him today. His country’s and family’s turbulent histories make them all justifiable.
In the 14th century, earthquakes and raids by nomadic tribes left the former Armenian capital of Ani in ruins. Hratch’s ancestors resettled on the Crimean Peninsula, one of the oldest diaspora communities today. Around the year 1700 they decided to return. “Our branch of the family went to Kalecik, not far from Ankara. That’s what I was told by my father’s mother Gulisar, the woman I spent most of my time with,” says Hratch.
Image: 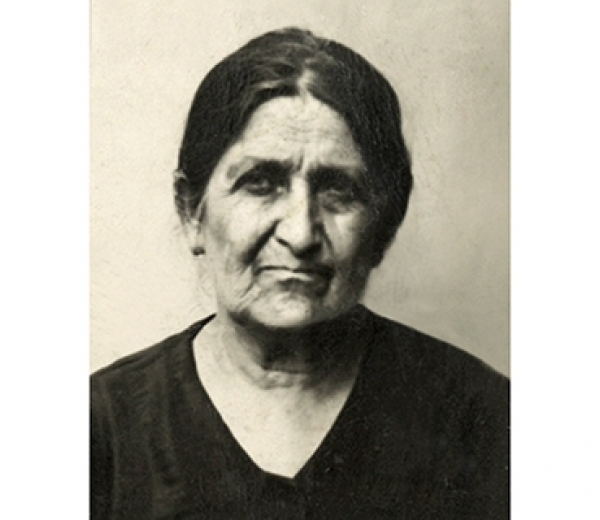 Text:
It was she, and not his parents, who told Hratch about the Genocide. “I was only seven years old, and she was going on 80. Life had made her bitter. She smoked a lot when she sat me down to pass on her memories. I pretended to smoke too, to make her feel more at ease,” he remembers. This is what she told him:
“People would address your grandfather Nerses as Agha, a title that was added to his first name to show great respect. We had vineyards, workshops and many houses. One night, four Turks brought us 15 horses. They urged the men to ride off immediately because the following day, bad things were going to happen. But Nerses would not abandon his family.

The following morning the henchmen came to the village and abducted 17 male family members to shoot them in a coal pit – a fate they shared with all other Armenian men. The only one to survive was 13-year-old Minas, who had to witness the atrocities.

An officer had ordered him spared because he was just a child. At the end of the day, this man saved 28 boys and detailed a guard for their protection. On their way home they came across others who wanted to shoot the boys, but the guard said he was under order to take them home safe and sound. He made it clear that he was prepared to die, but not without killing some of the attackers first. Back in the village, Minas was still in shock. In accordance with an old custom he was made to drink the blood of young dogs: its healing power was believed to make him strong again after seeing the unspeakable.
Image: 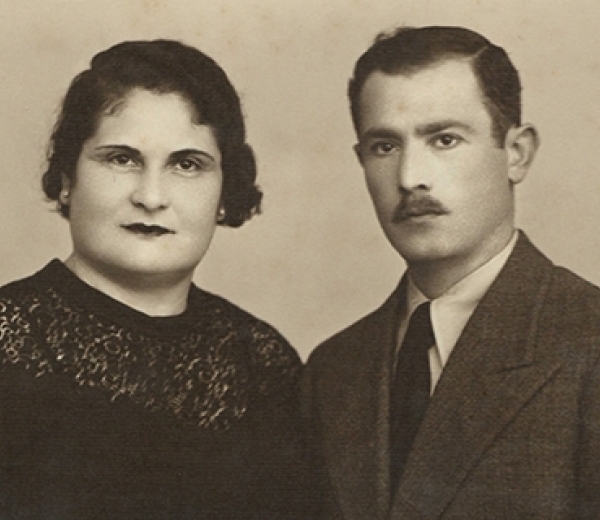 Text:
Your grandfather and I had 13 children; your father Geghmes was our youngest. He was born on the road while were being deported. We didn’t have water or food. Our little boy was suffering from dysentery and I was sure he was going to die. Hoping that he would be taken care of by kind people, I was going to abandon him because I had 12 other children who needed me. But my sister-in-law would carry him until we reached a Kurdish village, where he was given grape juice with extra sugar. ‘That’s Nerses Agha’s son,’ the people said. That’s how he survived, while eight of our other children perished.”
Two centuries to heal
His whole life, Geghmes was consumed by the inconsolable grief of never having met his father. The survivors returned to their village. One day, Gulisar saw Nerses’s ring on another man’s hand and fainted. Deep down inside, she had been hoping for a miracle.
Some members of the Kaprielian family were left with no choice but to convert to Islam and change their names. Gulisar and a few others moved to Constantinople, while a lucky handful of others had escaped to Russia. Ten years had passed when they came back from Russia to track down their relatives – they had become successful fur traders in Kamchatka and wanted their family to join them. They placed missing person ads in Armenian newspapers, but no one ever saw them – Geghmes was still a child, and all the women could read was Turkish.

Day after day, Gulisar would pass bits and pieces of this long, epic tale to Hratch. There was an unspoken understanding: she expected him to avenge the atrocious crimes. “It was like being brainwashed,” Hratch admits today. “But it’s to her that I owe my Armenian identity.”

Is it possible at all to avenge evil without doing more evil? Hratch has learned to accept that there are no easy answers to this question. He learned to be a loyal Kaprielian without making himself feel guilty. “The descendants of survivors can’t lead a normal life,” he believes. “It’s like a disease that may take not one, but two centuries to heal.”
Image: 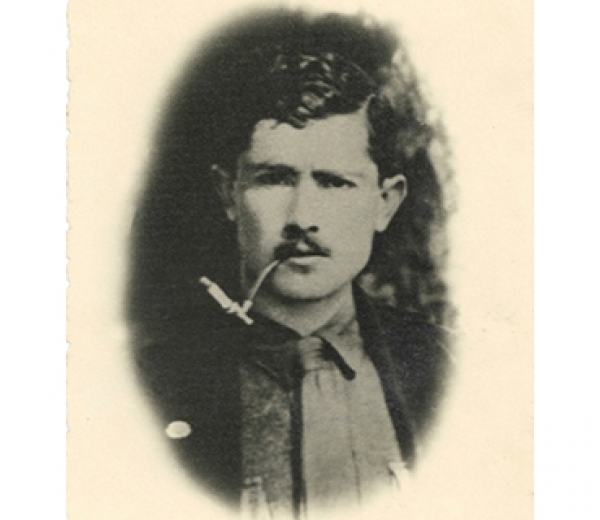 Text:
Hratch’s patriotism is the driving force behind his commitment to Armenia, and every once in while he even allows the go-getting Kumkapi boy to shine through. At the same time, he is fully aware of the fine line that separates the moderate from the fanatic: “Can I hate someone just because he’s a Turk? I can’t and I won’t,” he says.
Subtitle:
The “rough diamond” guardian of a historic legacy
Story number:
43
Author:
Stefan Schomann
Header image: 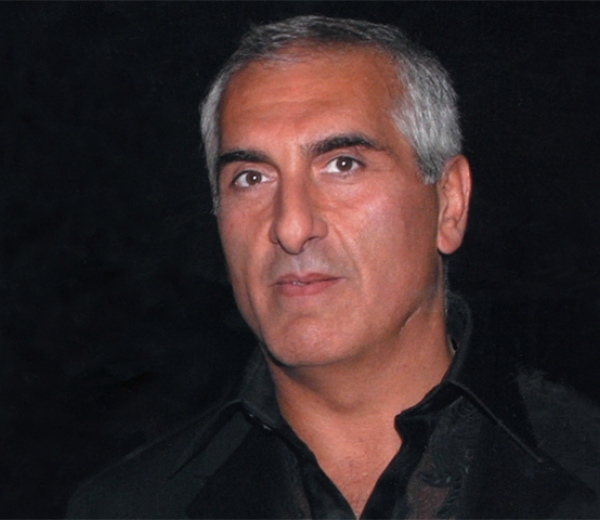