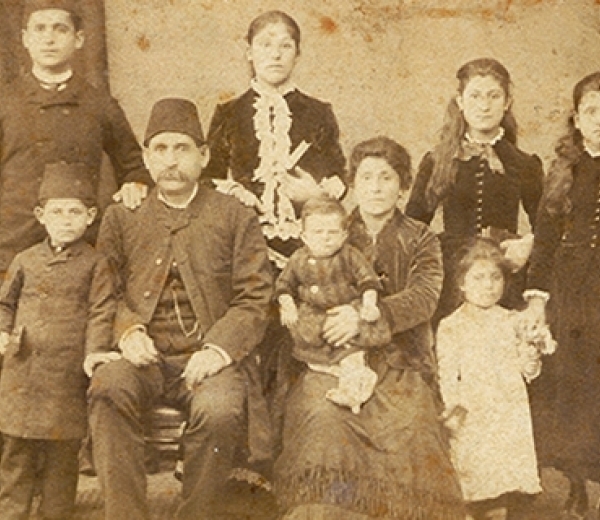 When the deportations began, Anastas Effendi managed to get the Hushhushians’ deportation date delayed. They were hidden in a barn on a farm for some months. Eventually, Anastas Effendi helped get Rakel and Mary out through some well-placed friends in the Turkish government. While Rakel’s husband was martyred in 1915-1916, Rakel and Mary were eventually able to smuggle Ardavast out of Yozgat by dressing him as a Muslim boy. Lost in those years were three of Rakel’s sisters. Eventually, Rakel and her two children arrived at Ellis Island and made their way to Boston, where they survived by doing beadwork and working at a clothing factory. 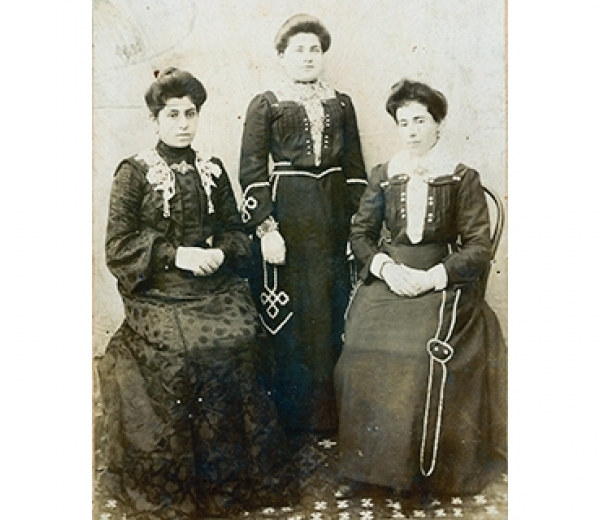 Text:
The maternal side of Kim’s family came from Gurun and made it to America before the Genocide. Her great-grandparents Khachadur and Hannah Kamian had a daughter, Mariam, and three sons, Manuel, Harry and Benjamin. There are records of Khachadur and Manuel arriving on the ship named St. Lawrence to Ellis Island in 1906. Manuel was sent back as a teenager to gather up the rest of the family. Mariam Kamian eventually married John Hekimian, and their daughter Pearl (Elmas) married Ardavast Kashkashian in 1947.
The two of them, together with Rakel and Mary, moved to Detroit, then a city of opportunity, where Ardavast and Pearl both became teachers and had their two children, Kim and Dikran Kashkashian.
Repaying with Music For Food
When Kim isn’t concertizing or teaching, she gives back to her community through Music Through Food (MFF), where she serves as artistic director. This innovative non-profit organization helps musicians fight hunger in their home communities by raising money to feed the hungry and has created over 200,000 meals through donations made at concerts on behalf of more than a dozen hunger-relief organizations. To date, over 100 international artists have performed in Music for Food concerts throughout the country.

“MFF is a vehicle for musicians to create something concrete with their music and to create an atmosphere of civic responsibility among artists and audience alike,” says Kim.

In New York, Boston, Cleveland, Cinncinatti, Los Angeles and Chicago audiences are encouraged to donate and told how many meals they have created with their donations. “This is a way of connecting to those in need,” Kim explains, noting that hunger is one of the great silent problems in America.
Similarly, Kashkashian is able to put her family’s experience during the terrible events of 1915 in perspective: “One might wish that certain things had gone another way…after all, my grandmother lost her husband. But she managed to save her children.” Pausing, she adds: “I have a lot to be thankful for.”
The story is verified by the 100 LIVES Research Team.
Subtitle:
Violist and descendent of Genocide survivors fights hunger with music
Story number:
230
Author:
Christopher Atamian
Header image: 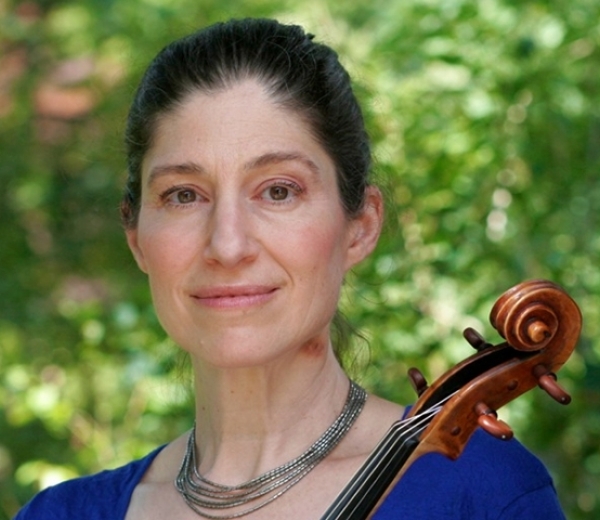