In Argentina, the word “fútbol” means much more than just a game. It is a synonym for love and passion. “When I had the cup in front of me, I kissed it, I was completely thrilled. When we were back in the locker room, I wrapped my arms around it and took photos with it. I made a replica that I now have at home and look at every day,” Matías admits.

The politics of soccer
But on-field passions can lead to off-field complications. There was a case in Argentinian soccer when, in November 2014, Matías Lammens, president of San Lorenzo de Almagro (River Plate’s rival) rejected a million-dollar sponsorship deal with Azerbaijan. A similar deal was also dismissed by River Plate. “Azerbaijan also looked into sponsoring River, although it never went as far as with San Lorenzo because one of the vice president’s last names became an issue. That ‘ian’ ending warned them off,” says Matías. “I was fortunate enough to proudly join Matías Lammens in the distinction he received from the Armenian community in Argentina.”
One hundred years before
Nineteen fifteen marked the beginning of the systematic extermination of Armenians in the Ottoman Empire, and many were deported to the Syrian deserts. Most were slaughtered during the “death marches.” Only a handful managed to survive and find shelter in Aleppo, Beirut and Damascus, among other cities.
Elisa Hadidian, Matías’s grandmother, lived in Aintab (present-day Gazintep, Turkey). She was 16 years old when some neighbors knocked on her door. “They told them to leave, or else they would be the next to die,” recalls Matías. Despite the warning, the whole family was deported to the desert, forced to walk on hot sand under the scorching sun to save their lives. “They led normal lives until the moment they had to leave it all behind and head for the desert.

The stories my grandmother told me are still vivid in my mind, we listened to those stories in complete silence.

She told us how they had to eat the soles of their shoes, how they ate whatever they could find on the ground,” Matías recalls.
After a long and tortuous journey, the Hadidians arrived in Damascus, Syria. They remained there for a short while before making it over to Greece in 1919 and boarding a ship bound for Buenos Aires. They were following the path of some relatives, who had also fled the massacres and arrived in Argentina, a land of peace and prosperity.
Image: 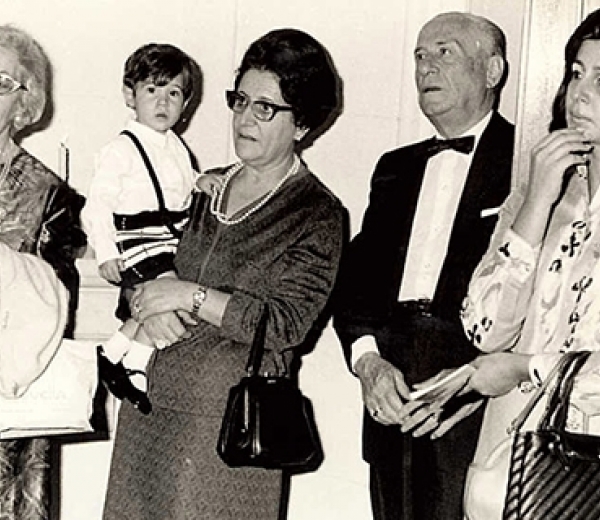 Text:
The Patanian family also came from Aintab and had followed exactly the same path to reach Argentina two years earlier. They helped to form a new Armenian community in the Argentinian capital in 1917. Despite having grown up in the same town, Matías’s grandparents Elisa and Antonio had never met before. But fate brought them together: they fell in love in their new home of Buenos Aires.
Antonio Patanian, Matías’s grandfather, started working in foreign trade and became one of Argentina’s first customs brokers. He passed away when Matías was just three years old.
The power of madznapur
Elisa Hadidian, Matías’s grandmother, was an important part of his life. Her stories and her plates of Armenian food built a powerful connection with his roots, a bond that he is now so proud of. “I really enjoyed my time with my grandmother and I listened to her stories. I later saw those memories reflected in documentaries and movies which, at times, I had to stop watching because they reminded me so much of her life. It was terrible to think that they went through all that,” says Matías.
Elisa was a great cook and continued serving her traditional meals in Argentina. “My favorite dish was, and still is, what I call the ‘small balls soup:’ it is a yogurt soup with mint and small meatballs (madznapur); I absolutely adore this dish,” he says.
Today, 100 years later, the family’s Armenian heritage is still served at the dinner table: “My son Tomás, who is four, loves this dish. I was moved when he told me because it is unusual for kids to like soup, especially one with this mix of flavors. It is clear that this is bringing different generations together,” Matías smiles.
Food is just one way of passing on an Armenian identity, which means more than just the last three letters of the family name. “The other day, I told Tomás that he was Armenian and he already started to say ‘I’m Armenian’. Santiago is two, he is still too young, but he will say it as well,”  Matías hopes.
Image: 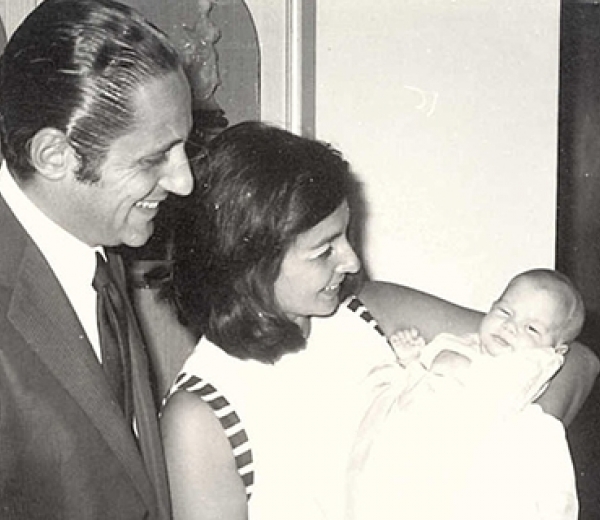 Text:
One day, different meanings
On April 24, 1915, the Ottoman army entered Constantinople, and many Armenian religious, political and intellectual leaders were arrested, transferred to nearby concentration camps and later murdered. This symbolic date has been chosen to commemorate the Armenian Genocide throughout the world.
Matías Patanian was born 54 years later and over 15,000 kilometers away. “My grandmother longed for me to be born on April 24, for her it was a kind of recognition, a symbol of the continuation of life,” he says.

“Having my birthday on that day really means something to me. I feel the happiness with which my grandmother celebrated.”

Matías Patanian also comes from Argentina, the first country to make the Genocide into a legal issue and one of the first to recognize it by law. “I am proud that I was born here; Argentina is one of the countries that has stood out in the matter. Besides, in Aeropuertos Argentina 2000 we worked with Rafael Bielsa, the company’s president, who was one of the backers of this law. I am also proud that the world’s first trial relating to the Genocide took place in Argentina and obtained a court ruling,” says Matías.
When Matías visited Armenia for the first time, the sight of the mythical Mount Ararat and the trees immediately reminded him of his grandmother. She often spoke to him about her homeland and told him that it resembled the provinces in the north of Argentina. “The first time I went to Armenia, I brought home some small bags of earth and I gave them to my aunts and uncles, my father’s cousins, so that they have a memento and a piece of Armenia,” he says with a smile. “I also left some of that earth at the Chacarita Cemetery, where my grandparents rest, so that they are closer to Armenia.”
The story is verified by the 100 LIVES Research Team.
Subtitle:
CEO of Aeropuertos Argentina 2000 and vice president of River Plate soccer club: “I am proud to be Armenian”
Story number:
166
Author:
Eugenia Akopian
Header image: 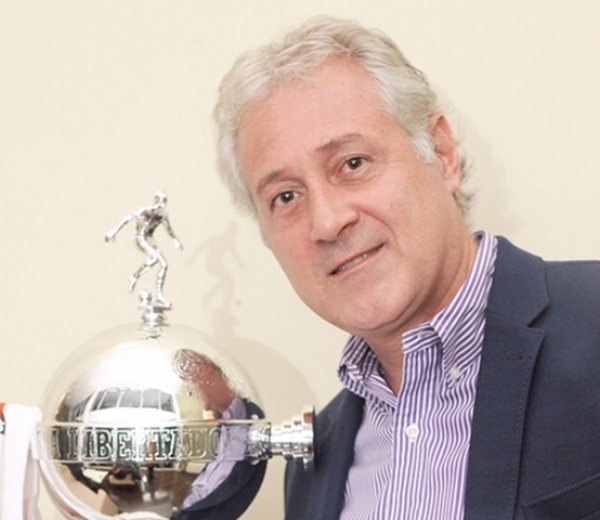