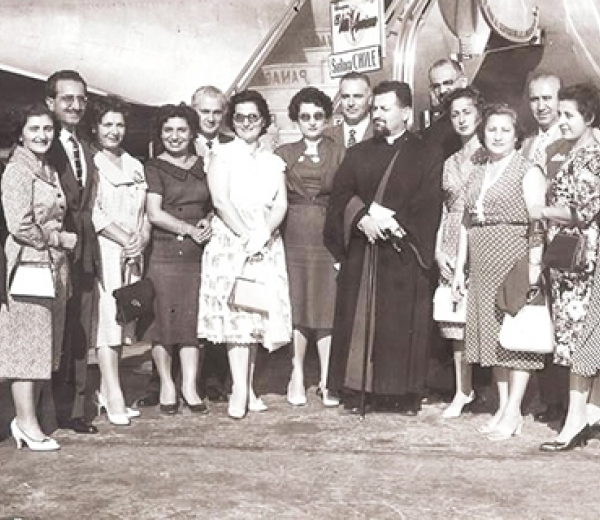 Text:
Armenian community in Chile at the Santiago Airport in 1964. Antranig Baloian on the left.
In love with an image

Most of the Armenian refugees who arrived in South America settled either in Buenos Aires or Montevideo, but the Baloians were the first Armenians in Chile.

“The ones who crossed the Andes were the bravest minority,” Nacho jokes.
When Antranig was 20, his dream was to marry an Armenian girl. At a time when there was no Internet, let alone social media, he wrote a letter to his aunt, who was about to travel from Syria to Chile, asking if she knew anyone suitable for marriage. She replied with a photo of a young lady, with whom Antranig immediately fell in love. One week after she arrived, they got married. She was Verjin Tosunian Terzibashian, a young woman from Urfa who escaped extermination by staying at the Near East Relief orphanage in Syria.
Image: 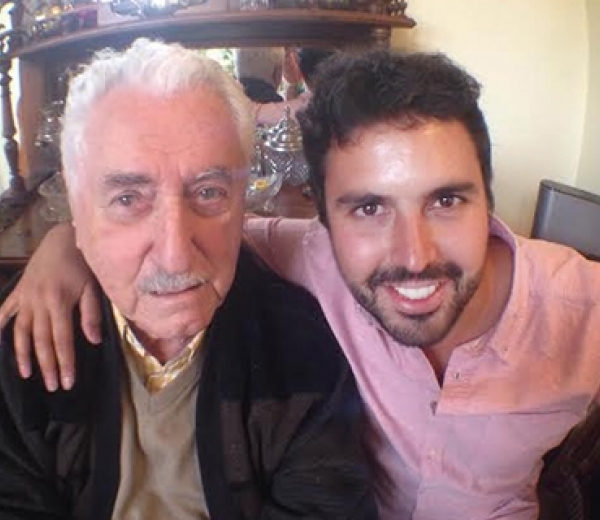 Nacho and Diego Baloian in Santiago, 2015. “My grandfather is my best friend,” says Diego.

Welcomed home
Once in Santiago, the three brothers partnered up and got into the textile industry. They started small with buying and selling clothes, and later managed to purchase their own machine to make the products themselves. Their three children were born in Chile and received an Armenian upbringing. “I am not Chilean, I am Armenian. We say we are ‘Armenians born in Chile’,” Nacho says.
Chile was hard-hit by the economic crisis in the 1930s, but the brothers managed to stay afloat. “My parents worked day and night. My dad used to say ‘an Armenian always pays,’ and this is how they weathered the crisis. He was ambitious and hardworking. This is the determination of someone who escaped Genocide,” Nacho adds.
Their efforts paid off, and the Baloian family turned into successful businessmen, coming to own of a large factory. In this same building, Antranig placed an altar to celebrate Armenian mass. “He was an atheist. He used to ask himself: ‘Where was God when the Armenians were being massacred?’ But he recognized the cultural role of our church,” Nacho remembers.
Image: 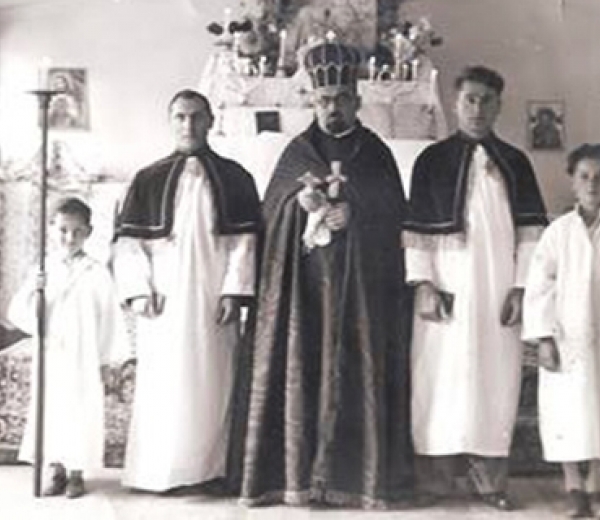 Love for his motherland and longing for the lost land drove Antranig to establish a new Armenia 15,000 kilometers away from Mayr Hayastan. In those years a stream of immigrants poured into Chile from the old continent and the government put them up at the National Stadium. “My dad went to look for Armenians and brought them home. There were mattresses everywhere in the hall. He gave them shelter and work in the factory,” Nacho recalls proudly. “I often gave them my own room to sleep in,” adds his brother Simon. This is how Antranig became a godfather to the newly arrived Armenians by helping them start a new life. Today, one of the halls of the “Hai Dun” (“Armenian House”), the seat of the local Armenian community, bears his name.
The assistance Antranig offered in Chile was consistent with the generosity and empathy he showed throughout his life. While crossing the desert to escape the killings, each brother had a gold coin. On the way they met an Armenian who also struggled to survive and had nothing. Antranig gave him his coin.
Image: 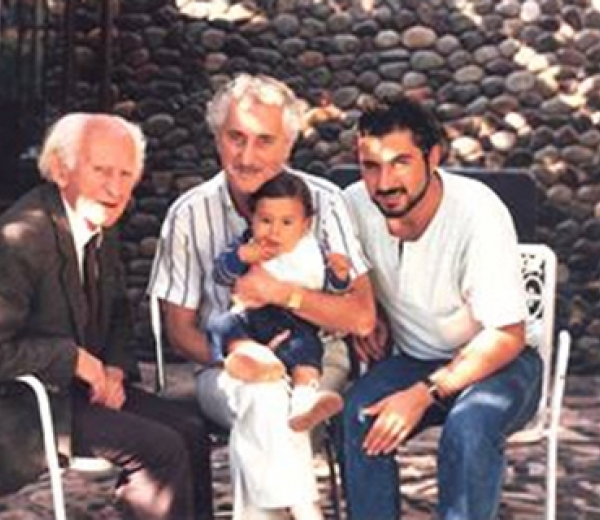 Four generations of the Baloians, from left to right: Antranig, Nacho, Andrés and Diego Baloian as a baby. Santiago, 1988.

Keeping the flame going
Antranig’s great-grandson Diego takes the lead in the family today. Born to a Basque mother and an Armenian father, he claims to have grown in a fully Armenian environment and feels deeply rooted in that remote country he has never been to. He dreams of visiting his ancestors’ land and keeps their legacy alive. “The fight became my driving force, this cause unites us all. The mission is to maintain the memory and honor of those who suffered,” he states firmly. He is now part of a group of youngsters who continue their grandparents’ work of keeping the Armenian flame burning.
Far from basing his worldview on revenge, he has a positive vision and recognizes the great value of the millennial Armenian culture. “I believe it’s time to turn the page. Even though there will be no possible compensation for what happened, not even if it is ever recognized, we need to start appreciating all things Armenian, we need to go beyond tragedy. We are not just made of suffering,” he believes. Diego suggests that we learn to cope with history and take on new challenges without forgetting the past: “My grandfather and great-grandfather had to live differently. This clearly leaves a mark on all of us, but we have another spirit, we hope for reconciliation, for overcoming hatred.” 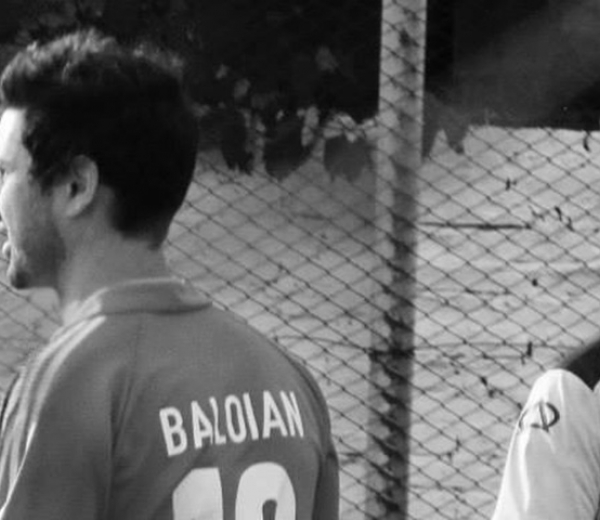