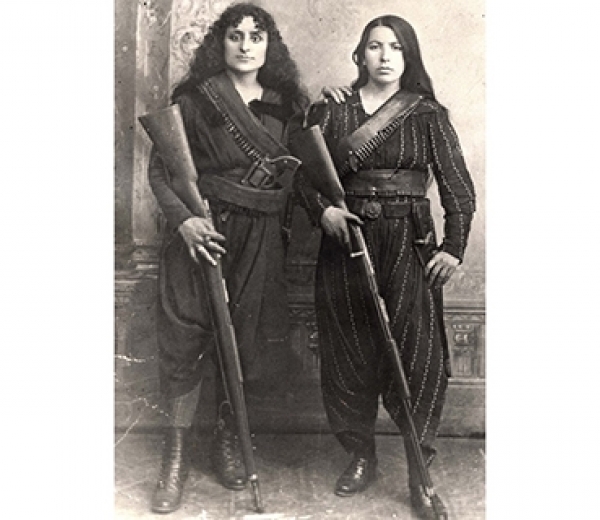 It’s a famous image in Armenia, showing two young women from a band of guerrilla fighters. The photo went viral on the Internet, but it was shared without any information about when or where it was taken or who is pictured. As he spoke about his Western Armenian relatives in 2013 during an interview in Los Angeles, Derek Sherinian, a famous rock musician, unexpectedly pulled that very photo out of his folder and said: “This is my great-granny.” 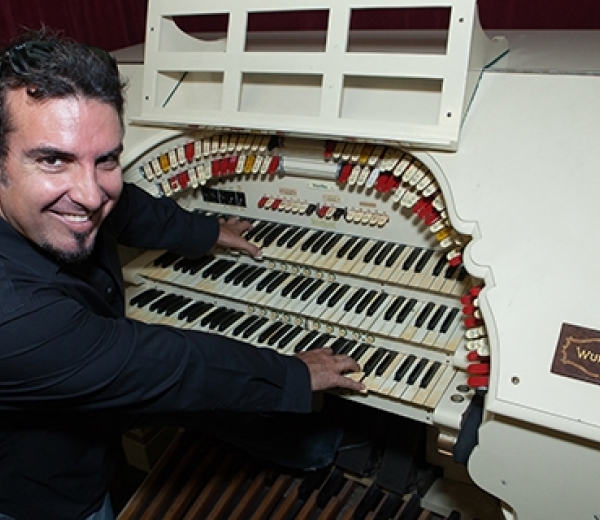 Derek Sherinian is a virtuoso keyboard player and a respected songwriter, renowned the world over. Sherinian has recorded 40 albums with various bands and musicians, many of whom are true legends of rock. Amazed by Derek’s skill, accomplished rocker Alice Cooper, who collaborated with Derek on a platinum-selling album “Trash,” called Sherinian the “Caligula of Keyboards.” Kiss co-founder Gene Simmons rates Derek as the most talented Armenian he has ever encountered (apart from his ex-partner, Cher). Sherinian played on the Kiss “Revenge” tour. He spent four years with the progressive metal band Dream Theater. Later, he recorded “Planet X”. In 2010 Sherinian became a founding member of hard rock band Black Country Communion with Deep Purple bassist Glenn Hughes and Jason Bonham, son of Led Zeppelin’s drummer John Bonham. Several well-known artists, including Billy Idol, Slash and Yngwie Malmsteen have performed with Sherinian.

Born to an Armenian father and a Greek mother, Derek began exploring his roots only recently. His father told him a little of his family’s history and their life in Arabkir in Western Armenia. His great-grandmother, Elizabeth Yazidjian, one of the women in the famous photo, was born in this province. The Yazidjians were a very wealthy family and owned a lot of land. Elizabeth’s father ran a diamond mining and processing business, exporting finished gemstones to Holland. 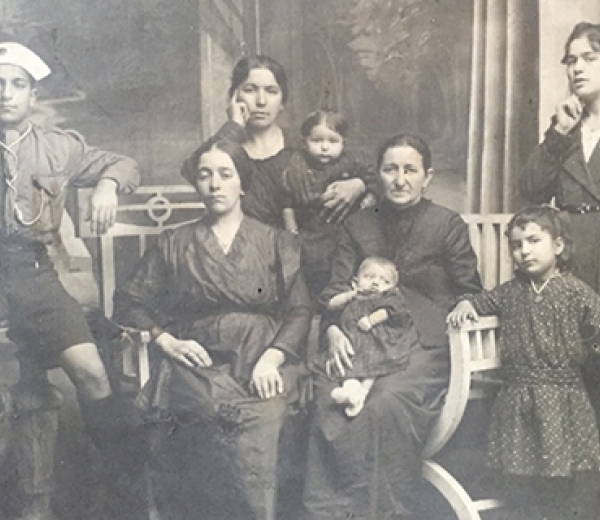 During the first series of the Hamidian massacres in the mid-1890s, the head of the Yazidjian family was encouraged to convert to Islam, having been promised that renouncing his Armenian heritage would enable him to save his life and his fortune. But Yazidjian refused to convert and was later hanged.

Worse was to follow during the massacres of April 1915: a mob stormed the Yazidjians’ house and slaughtered Elizabeth’s sister with a yatagan. Elizabeth fainted, which ultimately saved her life.

Thinking she was dead, the marauders did not behead her. Miraculously, she survived. Almost all her male relatives were murdered. Elizabeth took her father’s rifle and enlisted in the Armenian self-defense legion. Her daughter Mariam – Derek’s grandmother – was just two years old, and a family friend suggested that the child should move to safety in America.

"I remember when I was nearly five my grandmother Mariam would tell me stories about the ‘Evil Turks’ and how she hated them,” Derek said. “I know that it is obviously not good to teach children hate, but this gives you an idea of how affected she was."

But Derek never met his great grandmother; Mariam and her mother Elizabeth were never reunited. The initial arrangement was that a friend would look after Mariam in Boston until the war was over and Elizabeth could once again take care of her daughter. Once in America, though, Mariam was sold to a rich Armenian couple that had no kids of their own. She never knew she was adopted and was warned that any woman who might turn up and claim to be her mother was telling a big lie and should not be trusted.

Back in Armenia, Elizabeth’s battle did not last long. Within a few weeks it was all too clear that the Armenian force was too small to successfully defend Armenians’ right to remain in their homeland. She moved on, hoping to find Mariam in America. She first settled in Greece, and after tracing her daughter to Boston Elizabeth crossed the Atlantic. But her child rejected her. The girl had grown up in a wealthy, loving family and refused to believe that her birth mother was a penniless immigrant with neither a home nor an income. Elizabeth had no documents to connect her to Mariam, and the courts sided with adoptive parents. In despair Elizabeth returned to Greece to build a new life. She married and found a job, but continued to write letters to her daughter even though she never got a reply. In one of those letters she included the photo we now know so well. 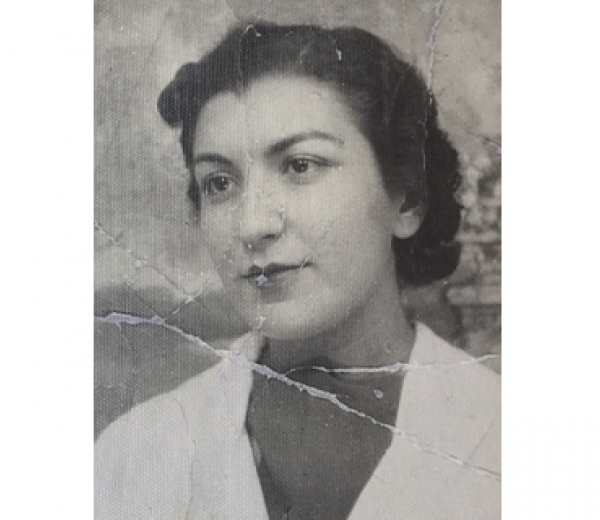 Mariam spent nights on end weeping and secretly looking at the photos of Elizabeth, her birth mother. As an adult she tried to rebuild her relationship with her mother, but it was already too late. Elizabeth Yazidjian moved to Soviet Armenia in 1946, a decision that laid the ground for more misfortune. Her husband, who had worked for the British News Agency in Egypt, was charged with espionage and deported to Siberia. Elizabeth died in 1972 in Yerevan. She was never to see either her daughter or her homeland again. 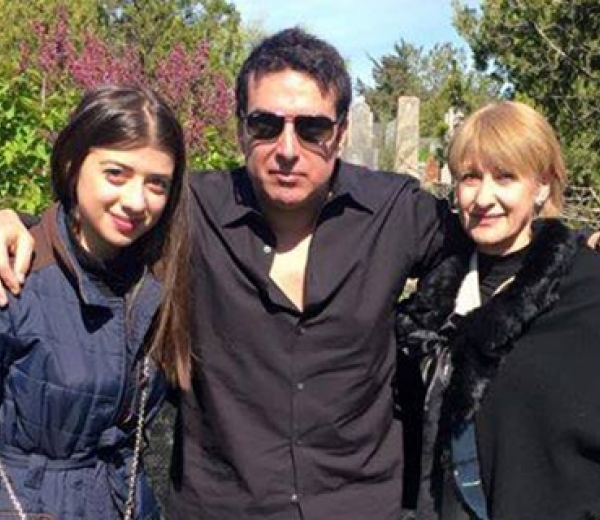 Elizabeth had children in Yerevan and they knew about their sister across the ocean, but they had never attempted to get in touch. So when Elizabeth’s granddaughter Marina Yazidjian saw an American rock star talking about his relationship with the legendary hajduk warrior woman in the photo on television, she was amazed. Suddenly, the American branch of the Yazidjian family tree reappeared and the family ties blossomed afresh. Facebook helped to bring relatives together, and Derek was happy to hear that his father’s cousin still lives in Yerevan. The long-awaited family reunion came in late April 2015. Derek Sherinian travelled to Armenia to participate in the events commemorating the Centennial of the Armenian Genocide and to visit his great-grandmother’s grave, also getting to know his new relatives. A fourth-generation American returned to his Armenian roots and explored his heritage.

"The last time I went to Yerevan was the most special for me,” Derek remembered. “Being there on the 100th anniversary was very intense to begin with, but to have my cousins that I have never met contact me and bring me to Elizabeth's grave was like something out of a movie."

The family keeps growing on both sides of the Atlantic. Marina’s other daughter, Elizabeth Yazidjian Junior, is growing up in Yerevan, while Derek’s son, the great-great-grandchild of the heroine from Arabkir, attends an Armenian school in California and studies the language of his ancestors. The descendants of this proud line continue to nourish their family tree.

"I am extremely proud to be Armenian,” Derek said. “I feel very fortunate to have had the opportunity to visit and perform in Hayastan." 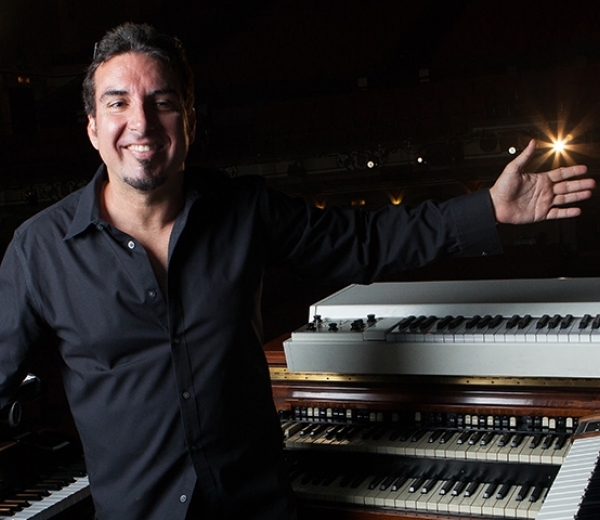