"I love my mother and I am proud of that. I adore my grandmother, but I am deeply ashamed of it. She was not beautiful enough, unfit to be seen, too fat, too ‘foreign,’ too easily offended, too paranoid, too everything." Published only a few days before the 100th anniversary of the Armenian Genocide on April 24, 2015, Toranian's novel "L'étrangère" (“The Stranger”) tells the story of a little girl born in Paris in the post-war boom years. It explores a family with an Armenian father – who died too young – and a French mother who was always distant from the realities of being Armenian. It’s the story of a young girl torn between the unconditional love she had for the two women in her home and of how the former director of ELLE France magazine managed to turn this complex heritage into strength, finding something within her that enabled her to embody a seemingly impossible combination of a passionate East and a more rational West.

Aghavni, Valérie's grandmother, was born in 1898 in Amasya, north of Central Anatolia. She never lost her rosy memories of the house and garden where she grew up, images that belonged to the innocent pre-1915 landscape, before the genocide that would violently thrust her into adulthood.

"Our grandmother lived above us and we saw her almost every day. Without meaning to, she passed things on to us: emotions, ways to cook, mysteries. The way she spoke or not, the way she started her speech with sentences such as: ‘Ah! If only you knew.’ She would speak a pidgin language made of French and Armenian." Valérie only learned Armenian when she was 18.

"Aghavni never wanted to talk about what she put up with during the deportations. She was a bit stubborn about it!" Valérie needed the patience of a saint to piece together even a smattering of that unimaginable ordeal. Aghavni only began to open up about her past after the birth of Valérie's first child.

By gathering fragments of confessions recorded in a small notebook 20 years earlier, and thanks to the contribution of a few historians,

Valérie made an attempt at picturing the unconceivable, at reconstructing her grandmother’s terrifying journey from deportation to safety in Aleppo. 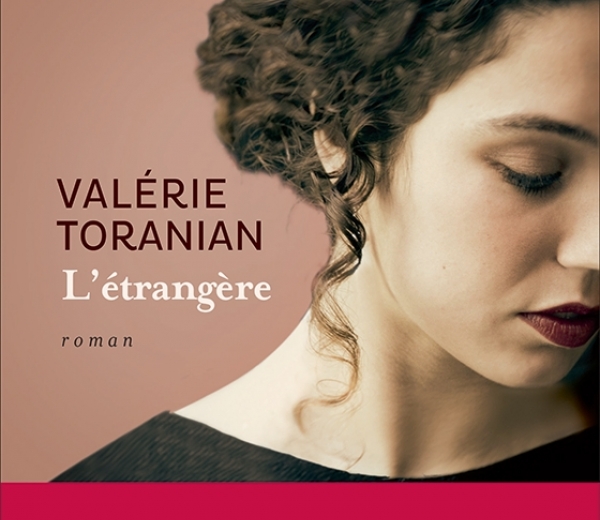 In 1915 Tateos Messerlian, Aghavni's father, was a rich weaver as well as a prominent patriot within the affluent Armenian community in Amasya. When Aghavni was 16, he arranged for her to marry a distant cousin named Hagop Boyadjian, a bright, well-educated young man who had graduated from a private school specializing in silk farming. The marriage was short-lived: in March 1915, right at the start of the genocide, Aghavni’s father and husband were captured and slaughtered. In July the women and children were gathered in a convoy and marched to an unknown destination. This was the start of Aghavni’s walk to hell. They faced the abuse of the Kurds, Turks and Circassians who came to snatch the children as these shattered families were forced from their villages. Aghavni’s mother Anna died of exhaustion, leaving her to face her ordeal with her aunt and godmother Meline, who became her guardian angel. It was Meline who urged her to keep a low profile in order to survive.

Aghavni deliberately made herself ugly to ward off predatory gazes.

From Amasya to Sari Kichla (in August of 1915) and Arab Punar – today's Kobane, located in the North of Syria – the stations of their cross took them as far as Aleppo. Aghavni was saved when she and Meline managed to escape from a column of deportees. After crawling through the woods in the dead of night they came to a dusty railway station. From there they got on a train to Aleppo, where they were saved by Hovannes Tospat, the uncle of young Mariam, an orphan from Amasya who had joined them on their journey. The small Armenian community there, as yet untouched by the deportations, survived thanks to a network of mutual aid created by the Mazlumian brothers who owned the legendary Hôtel Baron.

After the war Aghavni settled in Constantinople, where, in 1922, she married Mesrop Cuyumdjian, a young activist in the Armenian Revolutionary Federation (Dashnaktsutyun) who was born in Dörtyol in Cilicia (in the south of present-day Turkey). It was a marriage of convenience, a one-way ticket out of a land of death and sorrow. Carrying their Ottoman passports – with “NO RETURN” stamped in purple ink – the couple arrived in Marseilles a year later. Here their only son, Vram, was born, but the French port was not a happy refuge for the young couple. Aghavni sweated blood to maintain the family home while her husband divided his time between politics and gambling. In the end she was content to see him sail for Brazil in search of riches. Mesrop died of a heart attack in Sao Paulo in 1953 and never saw his wife and child again.

Alone with Vram, Aghavni tried to fill her emotional void by dedicating herself fully to the son who meant the world to her. Her expectations were cruelly shattered the day Vram introduced her to the woman who was to become his wife and Valérie's mother. That woman was not Armenian. For Aghavni, this was utter treason, and it took her years to accept her daughter-in-law. It was only after Vram’s sudden death of a heart attack in 1978 that the two women formed a bond in the face of adversity. 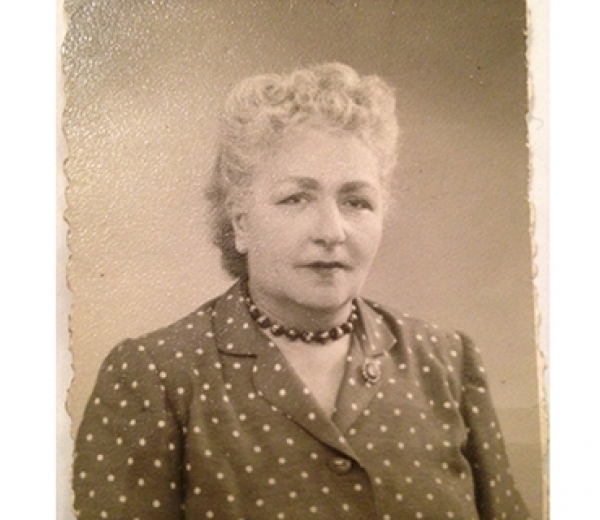 Living as an outsider

Just like many other children of that generation who were born of French Armenian parents, Valérie and her brother and sister experienced the highs and lows of being outsiders. Françoise, her mother, is a pretty Norman woman with a very Gallic name who, to make matters worse, was blonde and a French teacher. Meanwhile, her grandmother was Armenian, and “everything Armenian belonged to an unspeakable tragedy.” A clash of cultures was inevitable. Aghavni used to knit her granddaughter skirts that no girl could wear and banned any hint of romance on the family TV, much to Valérie’s frustration. There could be no trifling with standards of decency in an Armenian household!

Valérie’s father had remained hung up on his origins for a long time before eventually devoting himself to the Armenian Catholic Church and, along the way, co-founding the famous Yan’s Club in Paris. Aghavni, meanwhile, took great care to educate her grandchildren on their Armenian heritage. Every week she proudly took them to Armenian classes given on the Rue Bleue – a ritual that left Valérie bored to death.

It was a long journey toward awakening Valérie’s Armenian spirit. It started through the scouting movement: as a teenager Valérie joined the "Hayeri" under the supervision of Dr. Mezadurian. Later it was the eternal memory of April 24. Each year their father insisted on taking his family to the commemorations of the Armenian Genocide.

Valérie can still remember that solemn day as the "funeral of an old uncle." That was how she was secretly allowed out of school in order to mark the "official commemoration day of the Armenian Genocide" in secret. In reality, Valérie was jealous of her Jewish friends and could not stop herself from making comparisons: "I wanted to be Jewish because it is like being Armenian with recognition on top."

Then came the 1970s. After the drama of May 1968 leftist ideals began to permeate high schools. "Everyone was politicized! There were groups of anything: you could find Maoists, Zionists, Trotskyists, etc.” Valérie’s burgeoning interest in the Armenian issue was a natural response to her political exploration at that time. Those young Armenian activists offered a clear contrast with an older generation, whose life had shriveled around a husk of memory, suffering and injustice. "Now we were victims no longer! We could even threaten, inspire fear," she remembers. She joined a small group of comrades in the adventure of running a newspaper called "Libération Arménienne." There she met her husband-to-be, Ara Toranian, a young activist who, at the beginning of the 1980s, was already a key figure in the community. The next project was Hay Baykar (Armenian Struggle), the official newspaper of the National Armenian Movement. While immersed in this political ferment she improved her Armenian, took part in the production of the newspaper and got married when she was 24. After the birth of her first son, Vasken, Valérie began to step back from her earlier activism. She started working for several French magazines, but her assignments as a freelance journalist for Elle did not stop her from returning to her Armenian work when she founded the monthly "Nouvelles d'Arménie" with Ara Toranian.

Valérie’s office, high in the Parisian building that is home to "La Revue des Deux Mondes," is nice and warm. Its shelves are lined with a number of books about Armenians published in 2015. Her own will soon join them. Valérie travelled to Yerevan with President Francois Hollande to attend the centennial ceremonies on a trip that became a kind of communion with her late grandmother. As if everything had come full circle. 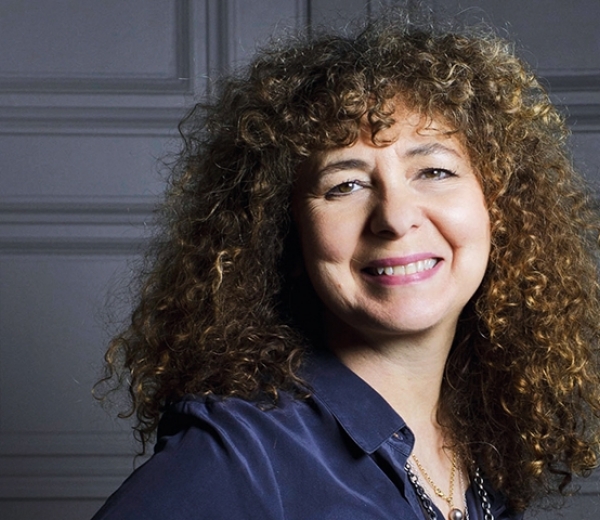