Hovsep was born in 1910 in the town of Ovadzhik, located between Izmit and Bardizag. His grandfather and great-grandfather were flour millers, and this trade was a family tradition. Arshaluys Kemurdzhan, Hovsep’s mother, grew up in a family of silkworm breeders, who owned a large silkworm-breeding farm. At 16, Arshaluys married Hagop, who was 15 years older. Between 1910 and 1915, four children were born in the family: Hovsep, Markuhi, Norayr, and Artakin. Hovsep’s family was fated for a quiet life at the mill. 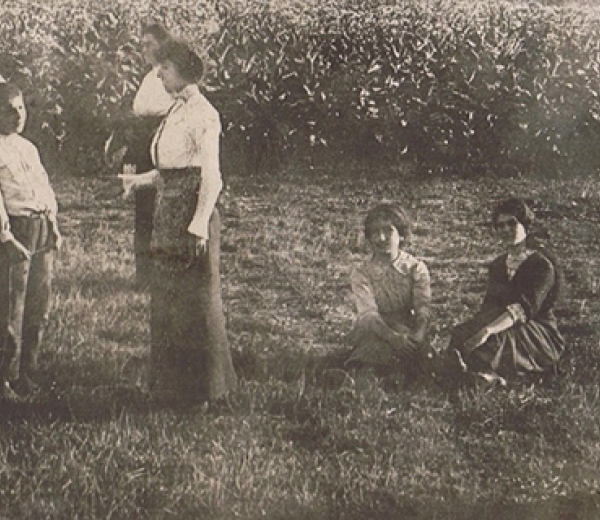 Text:
The road to Deir ez-Zor
On July 9, 1915, when the fateful events befell the Armenian people and Deyirmendjian family, Hovsep, the oldest of four children, was just five-and-a-half years old. On that day, the soldiers and policemen came to Ovadzhik. The residents were given a little time to pack up and then were driven from their family homes toward the unknown.
The nightmarish journey lasted many months. During this time, the caravan went through many villages and towns: Afyonkarahisar, Konya… Here Hovsep was separated from his parents: he continued to Çamli with one of his aunts. On the road to Tarsus, the refugees were attacked by the Kurds, who robbed and beat them, but the exiles continued their walk, and finally made it to Adana, where they were miraculously given shelter by compassionate compatriots. But three months later both the refugees from Ovadzhik and those who gave them shelter were forced into further exile.
Hovsep was able to get back together with his family at Osmaniye. He witnessed a number of unbearable scenes. Once, a drunk soldier began to abuse his grandmother, and then cut off her hands.
The hellish journey continued, and the ranks of the deported Armenians were thinning out. Hovsep saw his aunt and two brothers die. The fierce January winds and the famine of 1916 had exterminated nearly all of Hovsep’s family members, but the worst day came on April 23, 1916, when his father died in his arms. The boy lost his chief mentor. He was left with only his mother and sister Markuhi. In order to save Markuhi from death, their mother was soon forced to give her away to some Hajji Kadduru from Bagdad. Later Hovsep made great efforts to find her, but all the traces of Markuhi were completely lost.
At the end of 1916, the mother and son finally made it to Aleppo. While Hovsep roamed the city, his mother looked for work, and finally got a job as a maid in an Arab family. They had no place to live, and after the end of the war Arshaluys was forced to send Hovsep to an orphanage.
Image: 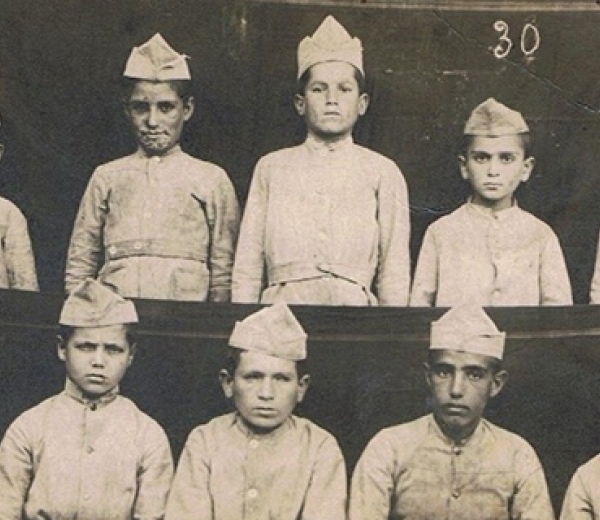 Text:
To live despite everything
On February 28, 1919, a raid against Armenian children was organized in Aleppo. They were taken on carts to an undisclosed location. Arshaluys learned of this from her Arab boss, and ran into the streets to look for her son. She was very lucky — almost right away she saw Hovsep riding in one of the carts. With all her might, she shouted: “Jump, Hovsep, jump!” Upon hearing his mother’s voice, the boy jumped onto the road, bringing his friend Toros with him. Thus they were saved, but poor Toros didn’t survive the shock of the ordeal and died several days later. This was the start of Hovsep’s wanderings from one children’s home to another.
For a while, he lived at the Surb Hakob (Saint Jacob) monastery in Jerusalem, then returned to Aleppo, and went to the Guligian school for the children of Armenian refugees from Cilicia. Soon, the Armenian survivors received an offer from the governments of the Western countries to move from Syria to South America. Hovsep decided to use this opportunity. On January 3, 1926, his shop docked at Marseilles. Like many others, Hovsep didn’t go any further and stayed in this city: there was no lack of jobs there.
Image: 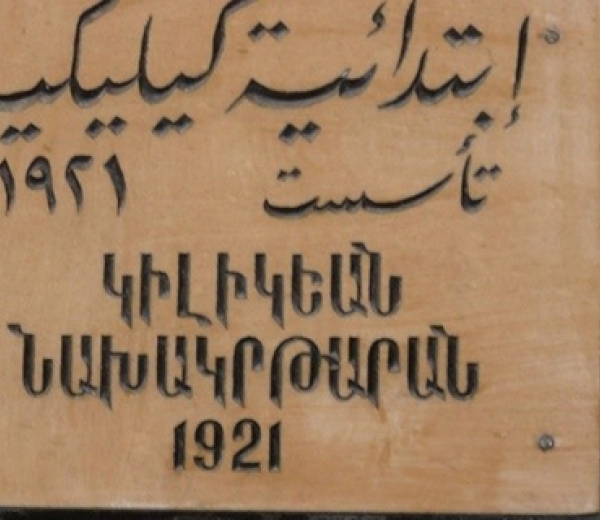 The young man worked during the day and studied at night. At first he worked at Le Pouzin, and then in Décines, not far from Lyon, at a silk production factory. The young man was fired from the factory along with other Armenians for their attempts to organize a charity drive for Armenia.

Hovsep went back to Le Pouzin, where he worked for two years at the foundry shop, using his nights to study a tailor’s craft. Soon he moved to Paris to perfect his skills, and received a diploma of a tailor and apparel cutter. In June of 1929, at the age of 19, he opened his own shop in the 6th district of Lyon, at Lafayette Boulevard, 191. His business was successfully growing, and Hovsep took active part in the life of Armenian community. In particular, he helped his compatriots to deal with the French authorities, because at that point very few Armenians spoke French. In 1932, his mother Arshaluys moved from Aleppo to Lyon to live with him.
Image: 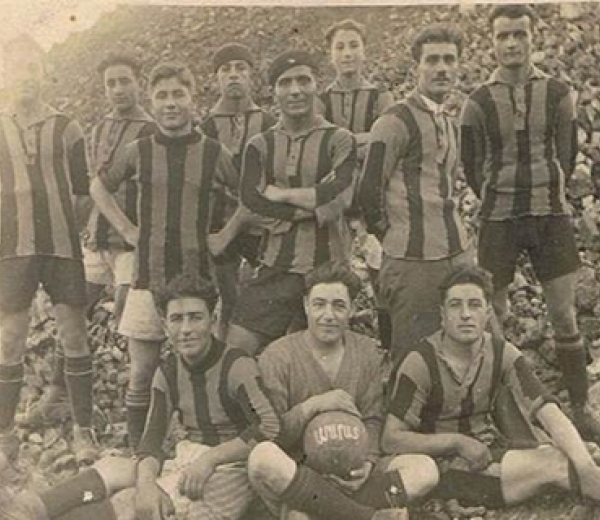 Text:
For the good of France and the Armenians
“Instead of breaking under the weight of all the misfortunes that befell him, my father decided to go on, but without forgetting his past,” Jacques says. In 1936, Front Populaire came to power in France, while Hovsep became the regional secretary of the movement “On behalf of the Armenians subject to mobilization and their families,” by the efforts of which young Armenians were given an opportunity to serve alongside the native French, instead of the foreign legions that were used in the first line of attack during the battles. On September 3, 1939, after Germany declared war on France, he was drafted into the army.
Image: 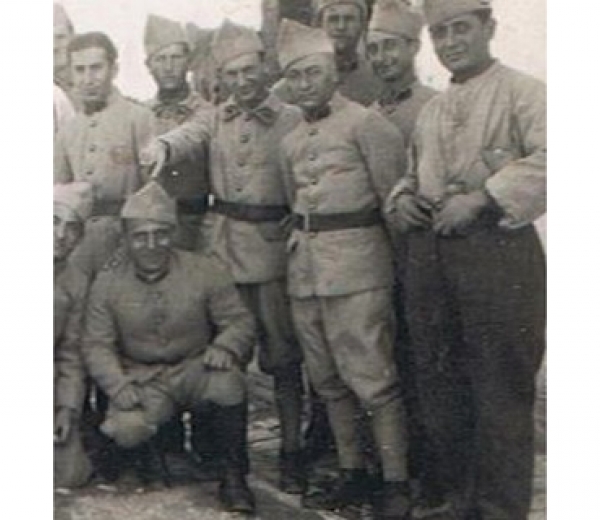 Text:
What followed were the long months of his service. Once, his regiment was surrounded by German tanks, and on June 29, 1940, Hovsep was taken a prisoner of war at the Mont Donon. He was taken to a prison camp. Along with other prisoners, he organized several escapes and later escaped himself. After making it back to Lyon, he joined the Resistance movement.
For two year, Hovsep hid a family of Polish Jews and even found work for them. After several attempts, he was able to save one Armenian who was awaiting transfer to the Nazi camp. Deyirmendjian’s shop was visited thrice by the Gestapo and French militia. Despite the house checks, the intrusive questions, the threats and a gun pointing at his head, Hovsep never gave anyone away, although later he suffered from a very grave nervous disorder. During one of such visits, two Jewish neighbors were hiding in the back of the shop. For the rest of their lives, they were eternally grateful to Hovsep, whose bravery saved them from certain death.
In 1942 he married Nvard Andonyan, who came to France from Bardizag and was working at Hovsep’s shop as assistant seamstress. In 1932 the newlyweds and their newborn daughter Hamasduhi-Jacqueline were given French citizenship.
Image: 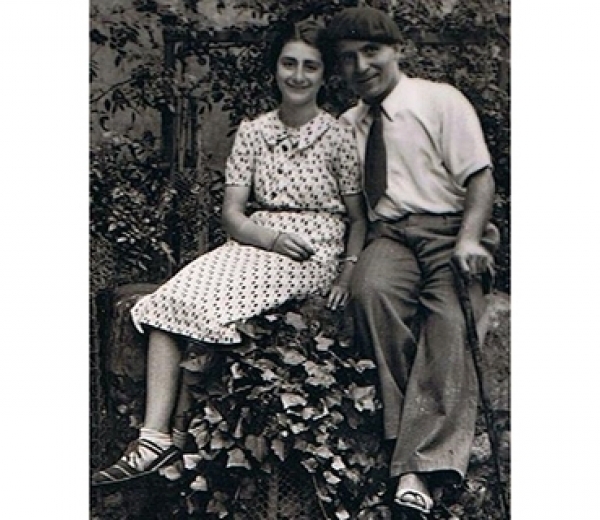 Text:
By 1948, the family had three more children: Jacques-Arad, Renée-Masis, and Pierre-Norayr. For Hovsep, the children were a symbol of victory: the Genocide failed to exterminate the Deyirmendjian family, and one of its branches flourished.
Education above all
Hovsep was very demanding toward his children and wanted them to have an education that was inaccessible to him. Jacques remembers: “Once, father told one of us: ‘You have to have a bachelor’s degree, that’s a minimum. Even if you want to be a road man, you will be a worker with a degree!’ He believed that unlike material riches, the intellectual capital was impossible to take away.”
Image: 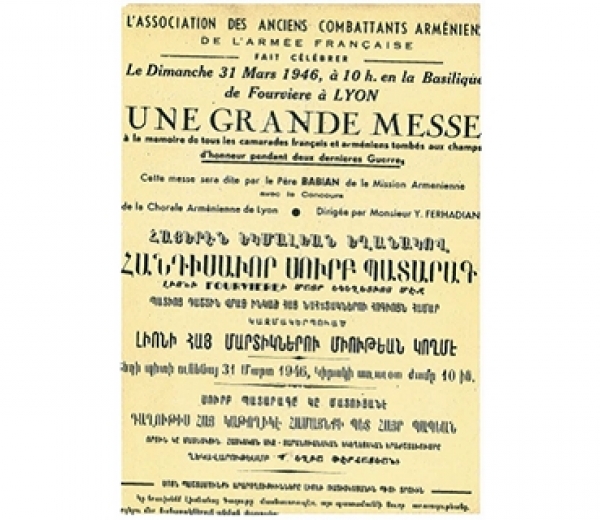 Text:
Hovsep was a humanist and had faith in justice. Together with his wife Nvard and several of their friends, he established the Armenian Red Cross in Lyon. For many years, he managed the organization, helping sick and poor compatriots who, after losing everything in 1915, were once again the victims, this time of World War II.
To his very end, he partook in community activities, preaching humanism, which always gave him the energy to live. Unfortunately, on February 14, 1971, Hovsep’s life was cut short by an illness. His mother Arshaluys died four years later, on Novermber 20, 1975.
Image: 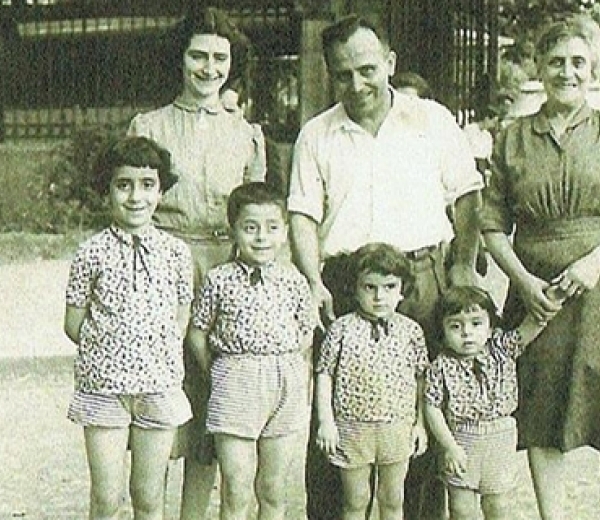 Text:
Continuing Hovsep’s legacy
After her husband’s death, Nvard committed herself to working at the Red Cross. After the terrible earthquake that destroyed Armenia on December 7, 1988, she organized a committee to take care of the orphans, and headed it for over 20 years. At the same time, she partook in numerous cultural events, and to the very old age sang in the choir at St. Jacob church.
Image: 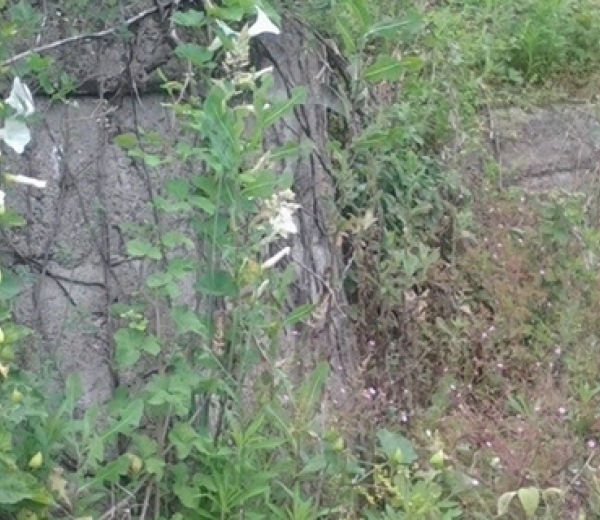 Nvard was fortunate and lived to see her seven grandchildren and four great-grandchildren. She would spoil them with Armenian delicacies, tell them stories and sing Armenian songs to them. She died on August 17, 2014. Hovsep was blessed to see his two oldest children start their careers after completing their studies, while the two youngest ones were on their way to mastering the professions of their dreams. All four of them are close to 70 years old today, and they continue to work for the good of their compatriots and to show solidarity with Armenians all over the world. They are the fruit of love and dedication of Hovsep and Nvard Deyirmendjian, living examples of people who had fully assimilated in their second homeland of France, but who continue to cherish the memory of their Armenian ancestry. 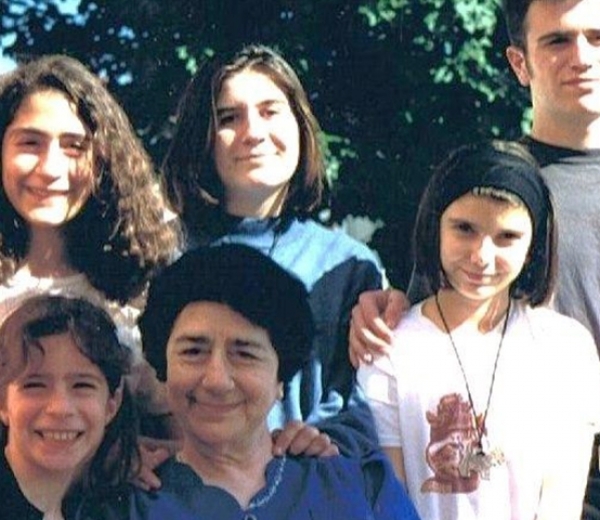