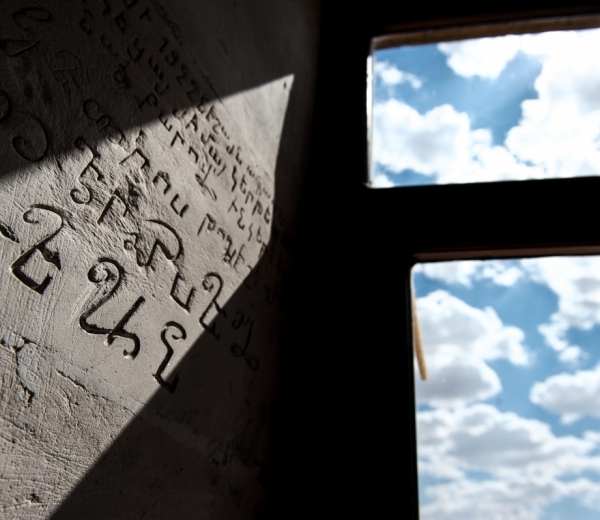 Text:
While the violence ravaged Urfa, Harutiun stayed in a nearby village. He collected 200 bags of wheat to take to Aleppo to sell, but he could not get there due to a train malfunction. He had heard about the atrocities that were taking place in Urfa and asked his neighbor, the Kurdish Hussein Pashá, to help him hide or reach Aleppo. Hussein proposed that Harutiun give him the wheat and, in exchange, he would be taken to Aleppo.

"Our story is one of many that ended well thanks to a person who made survival possible. In our case, it was with the help of Hussein Pashá, a good and righteous soul, that all these future generations became possible! ‘Thanks' does not seem like much, but it comes from deep within our hearts 100 years later," says Gariné Chahinian, Norair's sister and Harutiun's great-granddaughter.

In Urfa, Bedros met Danish missionary Karen Jeppe who was part of Johannes Lepsius's German mission and, from 1903, was responsible for running the German orphanages in the city. They had met previously as Bedros had donated to the institutions she directed. In the midst of the attacks, Jeppe sheltered him at her house, where he hid for a long time together with other Armenians. Thanks to her and his other contacts, Bedros managed to escape to Syria. Later, Harutiun and his fiancée Eliza were also able to get there. Noyemzar, Bedros's fiancée, arrived at Aleppo thanks to Jacob Kuntzler, director of the German orphanage.
Image: 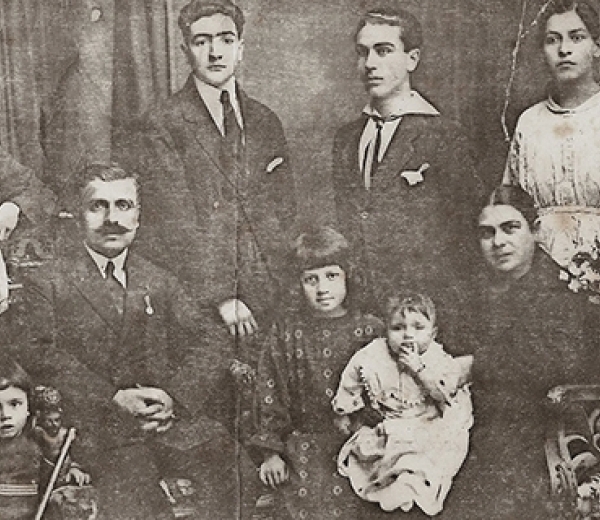 Text:
A new beginning
Of the eight siblings making up the large Der Bedrossian family, only two remained alive by the end of the war: Bedros and Harutiun. Urfa came under British control and the massacres stopped. Though all the houses were looted and many reduced to rubble, many Armenians returned to their homes, including Bedros and his wife. Harutiun returned to Aleppo as he had his business and some relatives there. But peace did not last long. There were new massacres and many Armenians were killed. Thus, in February 1923, Bedros and Noyemzar fled to Aleppo once again. None of them ever returned to Urfa.
In Aleppo, the Der Bedrossians were very active in community life. Harutiun and Eliza took part in church activities and were members of the AGBU. Bedros and Noyezmar founded the Ladies Association of Urfa in Aleppo and worked jointly with other organizations, such as the AGBU and the Armenian Relief Society. The couple had five daughters. Three of them settled in Philadelphia and the other two settled in Lebanon, but in December 1972 they too moved to the United States.
Image: 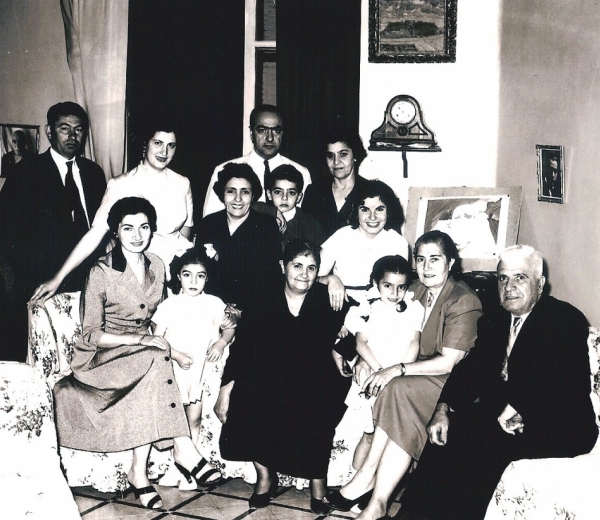 Text:
Anahit, one of Harutiun and Eliza’s daughters, married Avedis Chahinian, an art student. He was a photographer and had a studio in Aleppo. They had three children: Hrair, born in 1947, Catherine and Nairí. Harutiun met his grandchildren and enjoyed life with them. He died at 68 of a heart attack.

Avedis Chahinian had two sisters: Vartanush, who lived in the United States and Hatoun, who lived in Brazil. In 1963, he wanted to join one of them, regardless of where they lived. He wrote a letter to each, sending both on the same day. The response that arrived first would be where he would spend his life: São Paulo, Brazil.

The Chahinians opened a bookshop in Brazil. Avedis was part of the committee that founded the AGBU in São Paulo. His children were also involved in local church activities and social gatherings. To continue promoting Armenian culture, the AGBU opened a school and Hrair was part of the founding committee. There he met Liliana Der Harourounian and, some time later, they had two children, Norair and Gariné. "As most Armenians in the diaspora, my family adapted to a new country and did it without forgetting their origins. São Paulo is a great city to grow up in. It’s cosmopolitan and there are no cultural prejudices; it has allowed the Armenian community to find its place and express itself," says Gariné.
The story is verified by the 100 LIVES Research Team.
Subtitle:
Brazilian Armenians receive a message sent 100 years ago
Story number:
25
Author:
Eugenia Akopian
Header image: 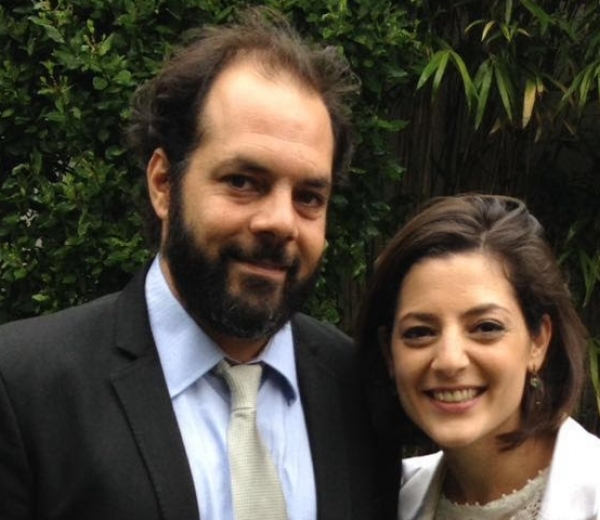