Like its secrets, the British Establishment holds its members close. Rarely is an outsider welcomed in. The chances of an Armenian boy from Baghdad making it are pretty much zero. Yet, this is what Ara, now Lord, Darzi has done.

Darzi is the most prominent Armenian in Britain. He is an acclaimed surgeon who has pioneered keyhole surgery that has saved the lives of countless patients around the world and also spared them invasive surgery. He has also served as a government health minister and become a member of the House of Lords. As a Privy Councilor, he is one of the Queen’s closest advisers.

Quote:
I don't think we’ve had many Armenians who have been in the House of Lords
Title:
LORD DARZI AND HIS KNIGHTHOOD
Text:

He was knighted by the Queen for services to medicine and surgery in 2002, when he was just 42. He is also a fellow of the Royal Society, the oldest and most prestigious scientific academy.

He has not only been welcomed into the British Establishment, but he has also helped it to survive – literally, in one case.

One day, while making a speech in the House of Lords in his capacity as a government health minister, a colleague, Lord Brennan, collapsed after suffering a heart attack. Using mouth to mouth, cardiopulmonary resuscitation and a defibrillator, Darzi saved his life on the floor of the chamber.

“I remember seeing John Sentamu, the Archbishop of York, who was also in the chamber that day, praying for the life of the man," Darzi recalls. "After I got his heart beating again with the defibrillator, I said to Sentamu: ‘Archbishop, I think I beat you.’ Sentamu, paused, smiled, looked up and said: ‘I think we did it together’.” 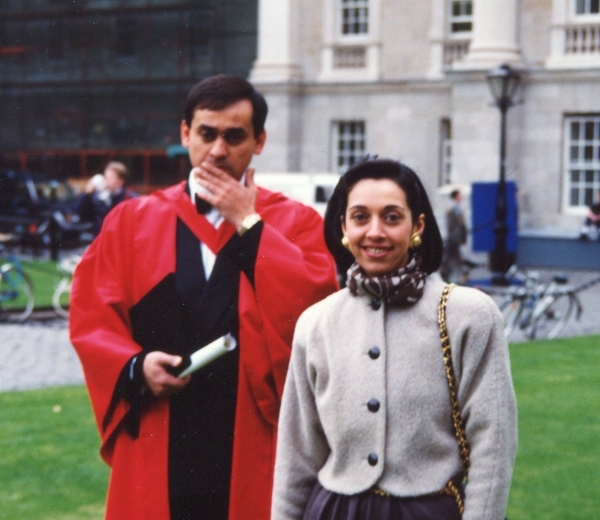 Darzi learnt how to save lives in Ireland. It was there, at the Royal College of Surgeons and Trinity College, in Dublin, that he did his medical training and later a Ph.D. It was also in Dublin that he picked up his nickname. “Ara is similar to the common Irish first name ‘Dara.’ Darzi is like the very common Irish surname ‘Darcy.’ So, people started calling me Dara Darcy the dark Paddy,” he laughs.

The “dark” comes from his Armenian heritage and a boyhood spent in Baghdad. His family originally hails from the town of Erzurum in Turkey. His father’s grandfather, Tatyos Shiroian, and his wife, Elbiz Shiroian, had four sons and a daughter. Tatyos and his sons were executed by Ottoman forces during the Genocide. Elbiz and her daughter, Arevalous, Lord Darzi’s father’s mother, were the family’s only survivors.

“They walked barefoot for weeks from Erzurum to northern Iraq and ended up in Mosul in Iraq, thanks to the help of a friend of my father’s grandfather,” Darzi recalls. “My father, Warkes, was born there in February 1930. He met and married my mother, Dickie, who was born in Baghdad, in 1935. I was born in Baghdad in 1960," he says. 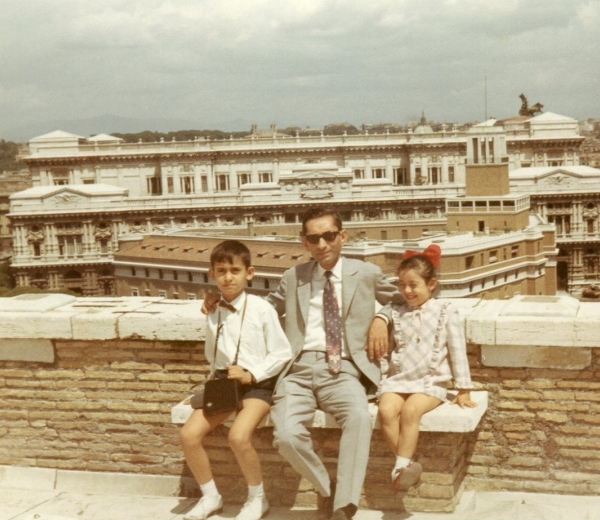 Quote:
Even though I had never been to Armenia, I grew up feeling Armenian
Text:

In Baghdad he also learnt about his homeland. “Even though I had never been to Armenia, I grew up feeling Armenian. We attended Armenian mass. I was a choirboy. I learnt Armenian. I spoke it at home. I still speak it to my parents and my sister.”

After finishing his studies at Baghdad College, his father’s alma mater, he soon realized that he would have to leave his country of birth. “We were refugees. We had thrived in Iraq. But it was quite clear that we had to move on again. The first Gulf war was looming. I remember my father saying: 'The kids need to get out of here.’" Ireland beckoned. He was just 17. His sister, Vilma, followed. Warkes and Dickie ended up in London, where they were naturalized and still live today.

As a child, Darzi and his family commemorated the anniversary of the Genocide. “We prayed in church around the time and my family and friends gathered. We talked about it.” One hundred years after the Genocide, he wonders “whether, sometimes, we overdo the past. I think we should get over the grief and look forward, rather than keep looking backwards. For Armenia as a nation and for the Diaspora, there have been a lot of success stories. We should not forget the past. We should acknowledge the past but we should also move on.”

He is leading by example. Through the Institute of Global Health Innovation, which he chairs, he is helping to design healthcare systems across the world including contributions he has made in Armenia. “There are big challenges to address. How to tackle the burden of disease. You know, Armenia has one of the worst life expectancies. On three occasions I performed keyhole surgery in Yerevan. I've given hospitals there some surgical kits and equipment for training. I've also run some training courses for Armenia. I've brought doctors here to London to do their research and clinical training.” 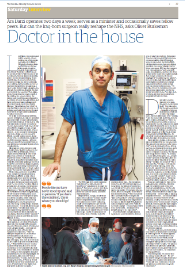 Armenia will never really flourish, he argues, “Unless we develop the capacity and keep the people in Armenia. We Armenians all have a role to pay to create better governance, political stability, economic stability. That’s what we should spend the next 100 years doing.”

The story is verified by the 100 Lives Research Team 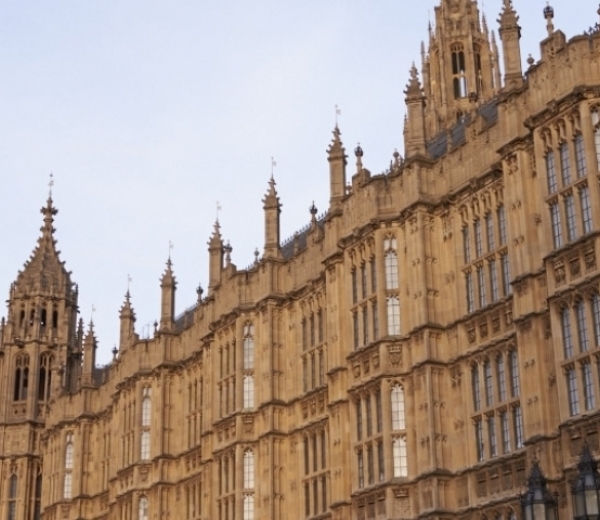