A Great Life of a Humble Person

Angélique Namaika lives in a large and beautiful country, the Democratic Republic of the Congo. Unfortunately, in the last few decades this place has been nothing but unkind to its own people. Amidst violence and despair caused by the armed conflicts, Angélique came to the rescue of thousands of Congolese women, most of them victims of the bloodthirsty militia from neighboring Uganda called the Lord’s Resistance Army (LRA) that brings havoc and dread everywhere its fighters go. Despite the terrible reality she had to face, Angélique Namaika never allowed herself to give up. Humble and serene, she is made of stuff the heroes are made of and driven by a force stronger than anything.

Sister Angélique was born in Kembisa, DRC, on September 11, 1967. Her parents were coffee farmers, and their family was very religious. She remembers preparing her first meal for her dad made of cassava leaves – she was only seven at the time. After eating, he gave her his blessing. Even today, Sister Angélique enjoys cooking for others. Their silent gratitude comforts her in her daily service. 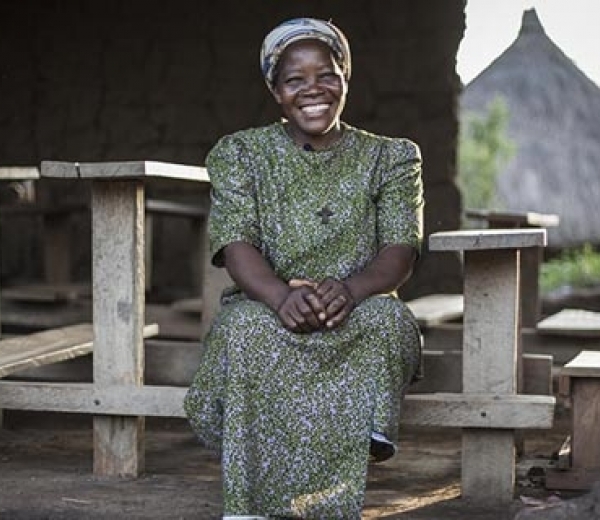 She found God early in her childhood. In 1977, little Angélique was deeply touched by the work of a German nun, Sister Tone. “She was an auxiliary from the parish of Amadi who came to care for the many sick people in our chapel. She was always alone, and she did not have time to rest or eat since she was alone. I decided to do everything in order to become like her, so that she could have food and rest,” reminisces Angélique. In 1983, after finishing some of her studies, she also went to Amadi, to an Augustinian mission where she stayed in a boarding school. There, she met Sister Tone again and made up her mind to become a nun.

An educator at heart, Sister Angélique has dedicated many years of her life to guiding young people, including future nuns, and teaching them history, geography and religion. In 1997, her congregation sent her to the Higher Institute of African Spirituality in Kinshasa to better prepare her for this role. She has completed her studies there in 2000.

Her motivation to be at the service of the weakest and most vulnerable stems partly from her childhood and her parents, who first introduced her to the concept of community service by bringing water, food and firewood to the poor living close to the family home. This motivation has been only reinforced by her life as nun, during which Sister Angélique never ceased to follow both her kind heart and the gospel that moves her. “God, who always takes into consideration our requests, has helped me become a nun and the founder of the Saint Daniel Comboni Pediatric Clinic for orphaned and vulnerable children,” explains Angélique. 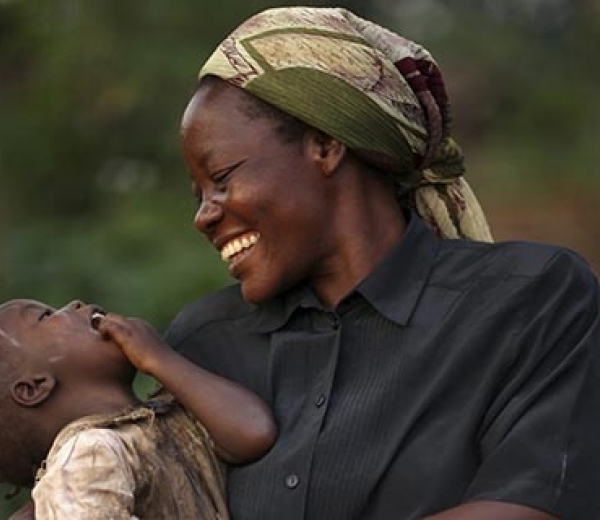 In the part of the DRC where she lives, the LRA militia massacres men, recruits children and kidnaps women and adolescent girls to make into sex slaves, often mutilating them. Faced with this terror, Sister Angélique witnessed the daily struggle of the villagers, some of whom had taken refuge in the bush; like them, she was tormented by fear and hunger when she couldn’t get enough to eat.

The turning point in Angélique’s life happened in 2003, when she was in Dungu, in the northeast of the Democratic Republic of the Congo, where she worked with novitiates – trainee nuns. One day, while she was in the parish, she met a group of women in dire need. Saddened by their suffering, Angélique couldn’t remain indifferent; she decided to help by teaching them various useful skills – sewing, cooking, reading and writing. By 2008, Sister Angélique has made the protection of LRA victims her priority: those who fled when the torturers finally released them; those who came out of the bush with haggard eyes, their human dignity all but destroyed; those accompanied by children born of serial rapes. Angélique helped them all.

She worked tirelessly to bring those poor beings back to life and to restore their health, both physical and mental. But her responsibilities did not stop with healthcare. These women needed to be reintegrated into their communities, had to learn to read and write. Some were born in other parts of the country and didn’t even speak the local language. And above all, each one of them needed a job. This is how the Center for Reintegration and Development was born. In 2012, it opened its doors in Dungu. In 2014, Sister Angélique also founded an orphanage for children aged 6 months to 15 years. In the last decade, no less than 22,500 women were given support in the center created by Sister Angélique. 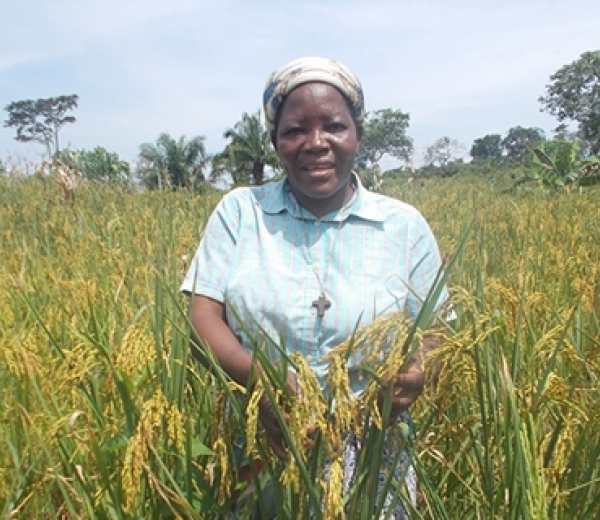 For her service to the most vulnerable, she has received the Stop Hunger Award and the 2013 Nansen Prize, awarded by the United Nations High Commissioner for Refugees to the remarkable people helping those who have been forced to flee their homes. The $100,000 award allowed her to carry out new projects and expand her activities. Angélique Namaika has planted 20 hectares of rice, peanuts and cassava, opened a bakery and a school (in 2015). Thanks to another award, the Mundo Negro Prize of the Comboni Missionaries for the service to the children and vulnerable people, Sister Angélique was able to build a pediatric healthcare center. Always the one to protect women, from 2005 to 2010 she headed the female branch of the Diocesan Justice and Peace Commission. Today, Sister Angélique lives in the orphanage with the children, while still overseeing the daily work of CRAD.

Tireless and never content with the amount of good she has already managed to do, Sister Angélique often travels the world from one continent to another, from one conference to another, to be the voice of the orphans, displaced women and girls under her protection. When asked about the source of her inspiration, she likes to quote a passage from the Bible that has defined her life and continues to encourage her every day: “Truly I tell you, whatever you did for one of the least of these brothers and sisters of mine, you did for me” (Matthew 25:40). Words to live by, indeed.

Top photo: Sister Angélique rides down rutted roads, traveling great distances each day to check on her projects and visit the women she helps.

Subtitle:
A member of the Augustinian congregation, Sister Angélique Namaika is the cofounder of the Center for Reintegration and Development and the Saint Daniel Comboni Pediatric Clinic the Democratic Republic of the Congo.
Author:
Tigrane Yegavian
Header image: 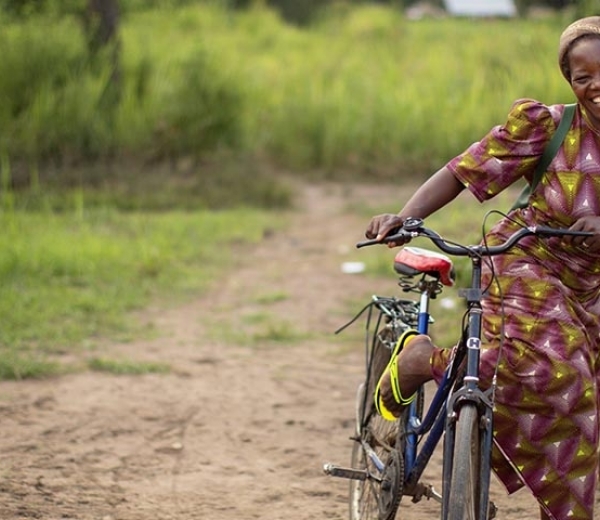