It’s a story of an unexpected cooperation between an experienced French humanitarian and a seasoned captain of the German merchant fleet. Before joining the fight to help the refugees, both have lived completely different lives, but the magnitude of the tragedy in the Mediterranean has awakened in them an awareness that prompted them to act together.

Having studied ethnology, anthropology and political science, Sophie Beau realized rather early she would never be fully satisfied with confining herself to the role of an observer. “It is very interesting, but it’s even better to put those skills to use in development and cooperation projects,” she explains. Sophie has traveled extensively across the globe and learned a lot from her numerous trips with well-known medical NGOs to Africa, Asia and other regions of the world. Back in France, she worked in Marseille, coordinating missions to facilitate access to healthcare for the most disadvantaged.

In 2014, due to the lack of resources and support from European partners, the Italian Navy had ended its Mare Nostrum rescue operation in the Mediterranean, launched in October 2013 following the Lampedusa tragedy – a shipwreck that claimed the lives of 366 migrants. “The EU ignored calls from Italy, which remained alone on the front line and was going through a major economic and financial crisis,” says Sophie, adding: “In November 2014, there was no longer a single lifeboat in the Mediterranean, but the human smuggling continued. Many people were fleeing Libya. It was an extremely deadly winter, the deadliest in the Mediterranean.” 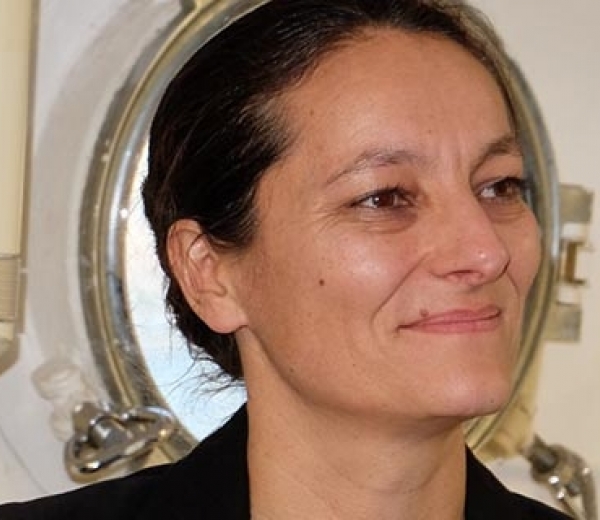 A native of Hamburg, he sailed across all seas of the globe. In 1982, young Klaus was part of the team on a cargo ship in the China Sea. As the vessel was returning to Europe, the captain made them change the route to avoid the so-called “boat people” fleeing the communist dictatorship in Vietnam. Klaus spent years regretting not rescuing these men and women. When Italy ended the Mare Nostrum program, the nightmarish images of Vietnamese refugees came to his mind again, but this time he was determined to do something. Klaus could boast a long maritime experience but had never dealt with the humanitarian world. Sophie Beau became his way in, and together, they founded SOS Méditerranée in May 2015.

“The thing that has most deeply affected me has been my experience with people who are in grave danger and live in mortal fear. One cannot begin to imagine what that is like. It changes a person. It is clear to me and those that I work with that we have an obligation to rescue these people and to help them as best we can,” stated Vogel in his interview to DW.

While Vogel contracted a boat, the Aquarius rescue ship, and took care of all technical aspects, Beau set up the project and secured funding. “As citizens and as Europeans, we cannot remain indifferent to what is happening in the Mediterranean; we cannot fail to reach out to people who are drowning before our eyes,” reflects Sophie. “SOS Méditerranée was the idea of Klaus, his initiative. We should not forget that this migration crisis had much less coverage at the time; even if everyone knew, the media did not talk about it.” 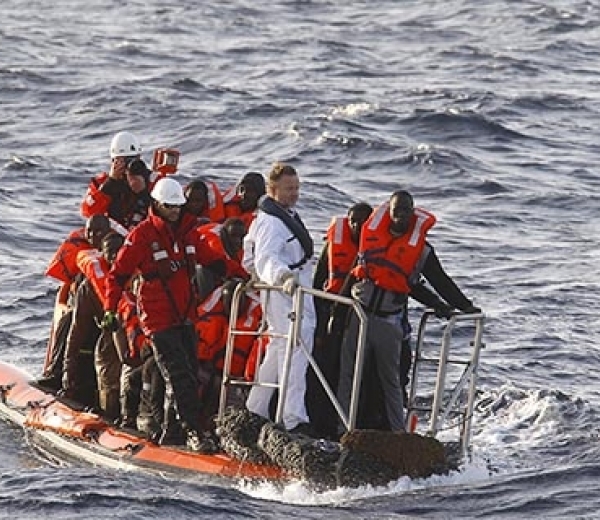 The new NGO contacted numerous institutional donors, but it was the influx of private donations from European citizens that surprised Beau and Vogel. Thanks to crowdfunding, 275,000 euros were collected in just six weeks. Even today, 98% of the association’s needs remain covered by private donations.

A volunteer-based nonprofit, SOS Méditerranée acts independently of all political power and relies as much on a moral imperative as on the application of maritime law which demands providing assistance at sea. The association pursues three main objectives: to save lives, to protect survivors and to bear witness to the critical situation at sea. These are the basic values that Klaus and Sophie strive to uphold.

Due to the nature of its work, the office of SOS Méditerranée in Marseille was ransacked by a group of the far right. The NGO has been clashing repeatedly with Libyan coast guards as they tried to intercept the migrant ships bound for Italy. The threats to humanitarian workers are increasing, and the organization is under a lot of pressure from the European governments. 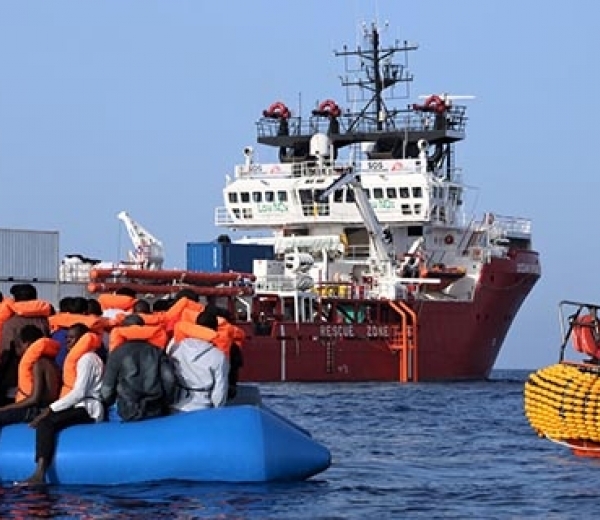 As a result, in 2018, the Aquarius charter contract was terminated. The team was forced to start looking for another vessel. They rose to the challenge, and in August 2019, a new boat named the Ocean Viking went back to sea to rescue more migrants. Today, the Ocean Viking is still on its mission while flying the Norwegian flag, the flag of Nansen’s home country, which respects maritime law and human rights around the world.

Despite the deteriorating political context, Sophie, Klaus and all the volunteers of SOS Méditerranée are unwavering in their commitment to saving lives. “We find ourselves caught in this extreme political instrumentalization of an over-mediatized issue, which should above all be humanitarian. The law of the sea and that of refugees is extremely clear and without appeal. It’s a human rights issue,” emphasize the activists. 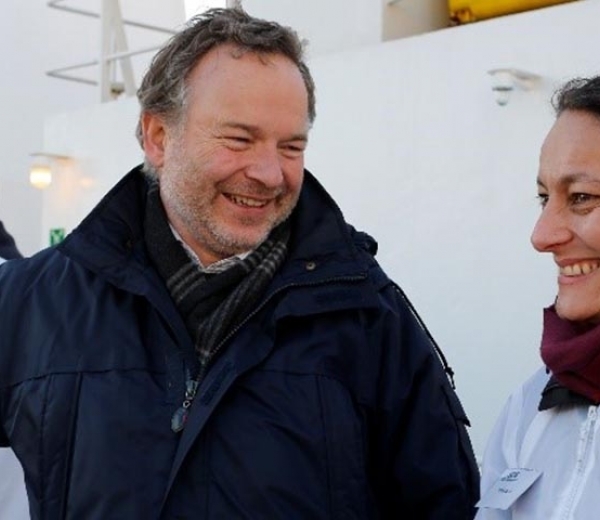