Without giving it much thought, Shavarsh jumped into the water, ordering his brother Kamo, another swimming champion, to help him from the shore.

“It was scary at first. It was so loud, as if a bomb went off. I almost drowned several times. I could imagine the agony of those 92 people and I knew how they would die,” Shavarsh told Pravmir.ru.
Image: 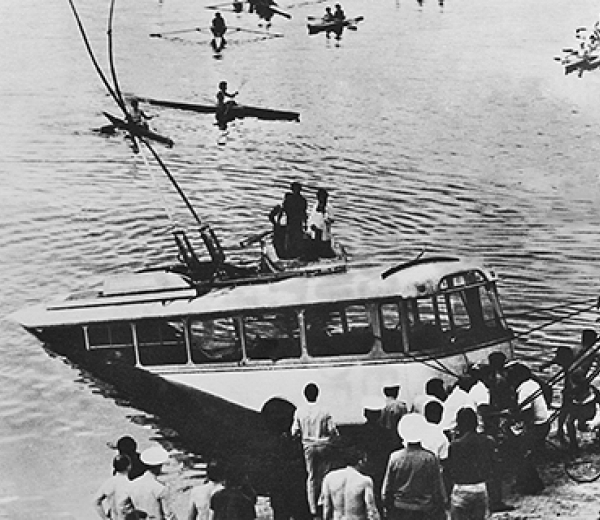 Text:
At a depth of 33 feet, the passengers were trapped in an iron sarcophagus. Shavarsh first had to break a window to give people the chance to escape. He hit the glass as hard as he could, knocking it out. There was a high chance that drowning people would instinctively cling to their rescuer and drag him down, but being a professional finswimmer Shavarsh knew that it would be best to let them submerge him: at some point, the drowning person would reflexively let go and try to swim up. That’s when he would catch and pull the victim out of the water. “In difficult moments like this, your love for fellow humans grows even stronger,” Shavarsh said in the documentary "Swimmer."
He dove into the cold murky waters of Yerevan Lake some 40 times, going in and out through broken glass, forced to feel around for people in the dark. Each plunge took about 25 seconds. On his last dive, on the verge of fainting, he emerged clutching a seat cushion instead of a victim. “I had nightmares about that cushion for a long time. I could have saved someone else’s life,” Savarsh told Russia's Channel One.
Image: 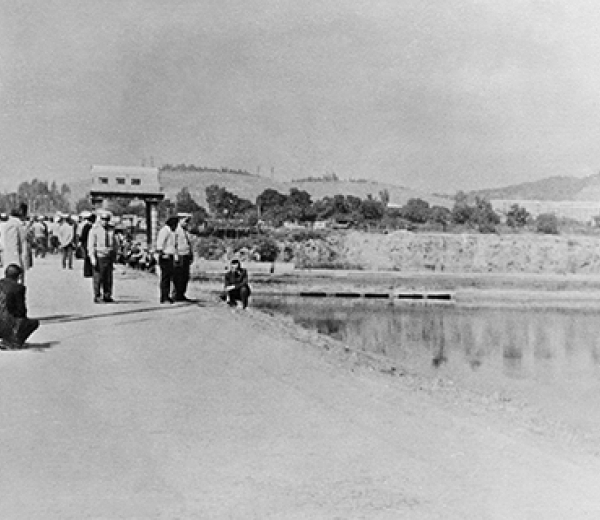 Text:
Savarsh pulled 37 people out of the lake, and nine others escaped on their own through the broken window. The rescue operation was set up in a matter of minutes. Doctors who arrived from a nearby hospital treated the victims right on the shore. Unfortunately, only 20 of those Shavarsh rescued could be saved.
One last hooray
Karapetyan was hospitalized along with victims of the accident. Septic fever, double-sided pneumonia and nervous prostration had doctors fighting for his life for over a month. When he was finally discharged, Shavarsh went right back to practice, but swimming underwater echoed painfully in his lungs. Yet the athlete refused to retire without one more medal.
During the next championship he swam in a haze as his brother Kamo ran along the pool, ready to jump in should Shavarsh suddenly lose consciousness. But Shavarsh came in first and set another world record, without realizing it at the time.
Image: 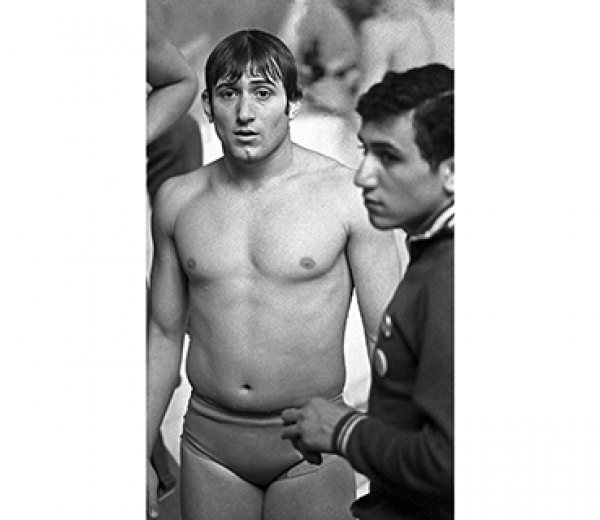 Text:
In the end, the swimmer had to quit the sport – he could no longer bear to be underwater. It made him nauseous.

The man who was once called a “goldfish” and an “amphibian” tried coaching, but after just two months he went on to work at an electronics manufacturing plant.

The story of the heroic rescue, passed from one person to another, became an urban legend in Yerevan even though the Soviet press kept such accounts of accidents under wraps. Karapetyan’s audacious, self-sacrificing rescue was publicized only six years later, when the Komsomolskaya Pravda daily published an article by journalist Gennady Bocharov with no mention of the death toll. After the publication, tens of thousands of letters from all over the Soviet Union came pouring in for Shavarsh, many of them simply addressed to “The Armenian Republic, Yerevan, Shavarsh Karapetyan.”
Image: Text:
What makes you human
Unlikely as it sounds, the trolleybus rescue was not the first time Shavarsh Karapetyan saved lives. In 1974 the young athlete prevented an accident involving a bus that carried 30 people. The driver had parked the bus to check on some mechanical issue, but left the engine running. Suddenly, the bus began rolling down an incline toward a mountain gorge. Karapetyan, who was on the bus, broke down the partition that separated the driver’s compartment, grabbed the wheel and steered the vehicle away from the abyss.
Neither was the trolleybus rescue Shavarsh’s last. In 1985 he happened to be near Yerevan’s Sports and Concert Arena when a fire broke out in the building. Shavarsh was one of the first people rushing to help the firefighters, getting burned and injured in the process. “Anyone can find himself in a place where somebody needs help, and more than once, too,” he said. “The main thing is to remember what makes you human.”
Image: 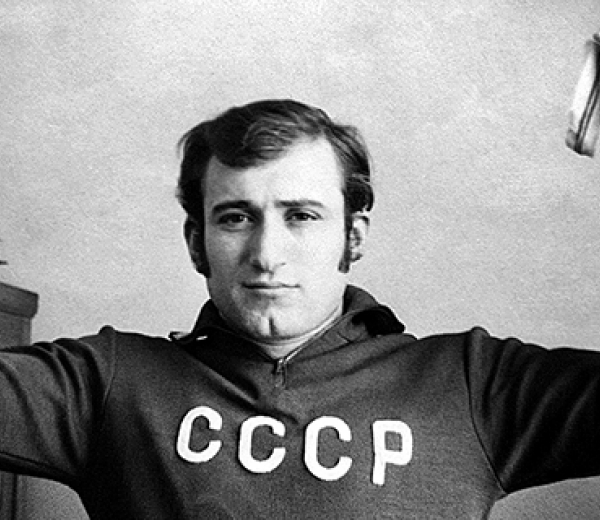 Text:
Today Shavarsh Karapetyan coaches his son Tigran in hopes that the latter will continue his legacy of athletic achievement. He also heads the Shavarsh Karapetyan Foundation, which organizes competitions for the new generation of swimmers. “Our whole lives, we all owe everything to each other,” is something Savarsh tells young people at every meeting.
The outstanding swimmer’s athletic career was cut short when he was in top form.

It’s hard to imagine what else he could have accomplished had he been able to continue. But Shavarsh calls himself a “happy man,” and believes the lives that he saved are the biggest achievement of his life.
“Indifference is a very mercurial phenomenon. It depends on the well-being of society,” he says. According to him, there are plenty of examples of humanism to be found today, as long as one looks closely enough: “Kindness is nurtured by love. We have to teach our children to love each other from the very beginning.”
On behalf of the survivors of the Armenian Genocide and in gratitude to their saviors, the Aurora Prize for Awakening Humanity will be granted annually to an individual whose actions have had an exceptional impact on preserving human life and advancing humanitarian causes. The Aurora Prize Laureate will be honored with a $100,000 grant. In addition, that individual will have the unique opportunity to continue the cycle of giving by selecting an organization that inspired their work to receive a $1,000,000 award. The inaugural Aurora Prize ceremony will take place in Yerevan, Armenia, on April 24, 2016.
Subtitle:
Soviet world champion in finswimming Shavarsh Karapetyan gave up his career to rescue passengers from a drowned trolleybus
Author:
Gayane Mirzoyan
Header image: 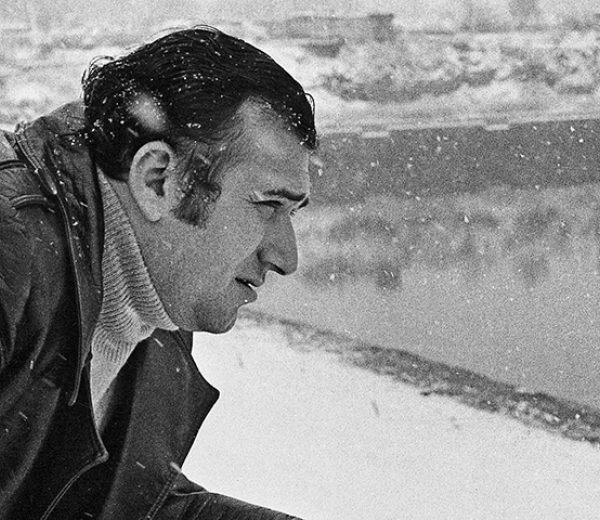