Lending a Helping Hand along a Harrowing Journey

For the hundreds of Central Americans fleeing their homes and travelling north to the United States each week, the decision to make this trek is not made lightly. Migrants often travel atop speeding commercial freight trains, often in extreme temperatures and with little food or drink. Along the route, they face robbery, rape and extortion – and many are killed before they ever reach their final destination.

But Franciscan friar Fr. Tomás González Castillo is working to change that. In 2011, he founded La 72 Home and Refuge to provide a safe shelter and warm meals to migrants making the incredibly difficult voyage north. It gives weary migrants a place to sleep and provides psychological, spiritual and pastoral care, along with access to legal guidance and representation as needed.

Fr. Castillo arrived in Southeast Mexico in 1995 to begin to provide  food and shelter to immigrants in need, but it wasn’t until 2010 that he took long-term action on the pressing need for the comprehensive facility that became La 72. In August of that year, 72 immigrants seeking freedom were kidnapped, tortured and massacred while traveling through Mexico, heading north. A week later, another massacre occurred nearby as assailants beat three immigrants to death.

In the aftermath of such violence, Fr. Castillo felt a calling to do more with his work. “We knew at this point we couldn’t continue to care for people without addressing the larger problem. We began to persistently defend human rights, to protect the victims of kidnapping who were freed, to take care of women who were violated, and to receive huge numbers of people.”

From this calling, La 72 emerged, and today welcomes about 70 to 80 new arrivals each day. Women who have been raped in their home countries or en route, oftentimes abused multiple times while on their migration journey, receive refuge and care at La 72. Many come to the shelter after a life-threatening encounter with criminals on the road, who, according to Fr. Castillo, “can make you disappear without anyone ever finding out. And if you try to go the authorities, they will extort you.”

Fr. Castillo greets all with open arms – even those who might be turned away by other religious institutions. La 72 is one of the first shelters that specializes in working with the LGBTQ community, which Fr. Castillo recognizes as especially important due to the discrimination and rejection these individuals so often face within their own families and communities. “What we do is to give them shelter and, just like with everyone else entering our house, we provide them with protection services – regardless of who they are,” he explains. “Of course, all that arrive are vulnerable, however some are even more vulnerable to intolerance, and those people are the LGBT people.”

La 72 offers mental health services for those in need of counseling and support, along with opportunities to help LGBTQ migrants find work in local communities – an opportunity which many are denied in their home country.

Whatever backgrounds they come from or traumas they are fleeing, Fr. Castillo has made it his mission to help migrants at La 72 feel at home – and remind them that they too are entitled to human rights. “We always receive them and try to do something to alleviate their suffering,” which means caring for survivors of sexual assault or comforting the men, women and children who have sustained injuries along the way – injuries that are extreme and violent. One recent arrival was a woman who lost her foot when she was run over by a train.

Fr. Castillo went to comfort this same woman, the mother of a young girl, while in the hospital. She shared her fears of returning to the dangerous journey with a young child. “She didn't know how to continue,” Fr. Castillo recalled. She told him she was frightened because attackers had recently attempted to kidnap a man who had left La 72, eventually killing him instead.

It is stories like these that motivate Fr. Castillo to continue his work, though unpaid and without an end in sight. Despite the unceasing violence and hardship outside, La 72 always has its door open for migrants.

With his work at La 72, Fr. Castillo is doing his part to provide not only food and shelter to migrants in the midst of a truly dangerous trek – but access to counseling, legal advice and representation. Thanks to his commitment, every day a few less victims succumb to dangers on the road, and so many are finally getting the rights and representation they seek.

In the direct path of so much trauma and heartbreak, Fr. Castillo credits his faith and belief in humanity for inspiring him to continue this work each day. “People have the right to live safely,” he explains. “It’s truly unfortunate that those who already have so little can be victimized by so much.” 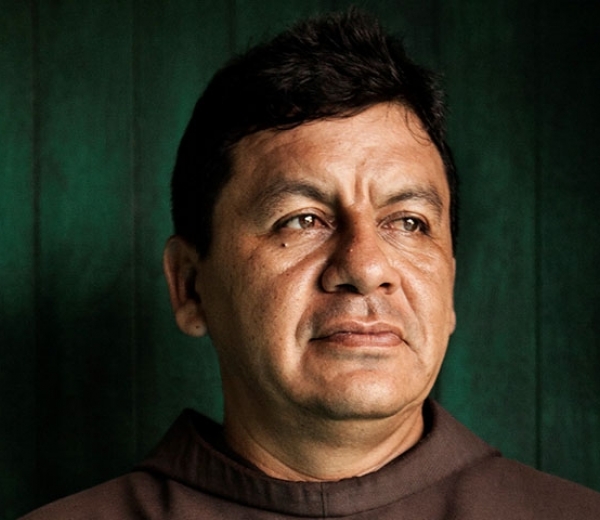