A World Under Pressure

Prior to the panel the guests were welcomed by Ruben Vardanyan, impact investor and social entrepreneur and Co-Founder of the Aurora Humanitarian Initiative, who greeted the participants of the 2018 Aurora Dialogues Berlin and thanked all the organizing partners who made the conference possible. He also stressed out the importance of individual connections and close communication when it comes to solving global issues. “The only way I believe we can do something differently is by building a network of people who trust each other, [of] the ones you can rely on not because of a big institutional name, but because of personal trust and shared personal values,” he said.

Cem Özdemir, Former Co-Chair of the German Green Party and Member of German Parliament, also highlighted the matter of personal responsibility for the issues the world is facing. “This is all happening because we allow it to happen. It’s not given by God, it’s us who allow this. So, we can be the people to stop that,” he explained.

Tom Catena, Physician at the Mother of Mercy Hospital in the Nuba Mountains and 2017 Aurora Prize Laureate, reiterated his belief in the core values of humanity. “The sanctity of life should take precedence over everything – over business, over trade, over everything else in life. So, if you don’t value life, if you look at the life of an American or European as worth more than the life of someone in the mountains, than you’ve got a problem,” he warned.

Author and filmmaker Düzen Tekkal, Founder and Chairwoman of Háwar, pointed out that these values still need protection and shouldn’t be taken for granted. “In my own experience, I think we have to fight for our values, our democratic values in Europe, also in the Middle East and worldwide. Fighting for values means standing up for democracy,” said Ms. Tekkal.

Tania von Uslar-Gleichen, Director for Human Rights, International Development and Social Affairs and Foreign Office Sustainable Development Coordinator, spoke for everyone in the room when she expressed her frustration with not being able to change the situation. “We all feel the human need to do more and we feel the restraints of not being able to do more. Often, we deal with the consequences rather than stop it from happening. <…> One of the topics discussed in this panel was impunity and the problems of impunity and the fact that there seems so be impunity, which doesn’t have any effect on from stopping people from acting in a violent way,” she lamented.

Wolfgang Huber, Former Chair of the Council, Evangelische Kirche Deutschland (EKD), focused on the role spiritual leaders and communities could play in spreading awareness of human rights violations. “We have the means to communicate [the facts] about gross violations of human rights in one place to all other places, but it is our responsibility as members of civil society and, in my opinion, it is a special responsibility of religious bodies and communities to communicate that,” he insisted. 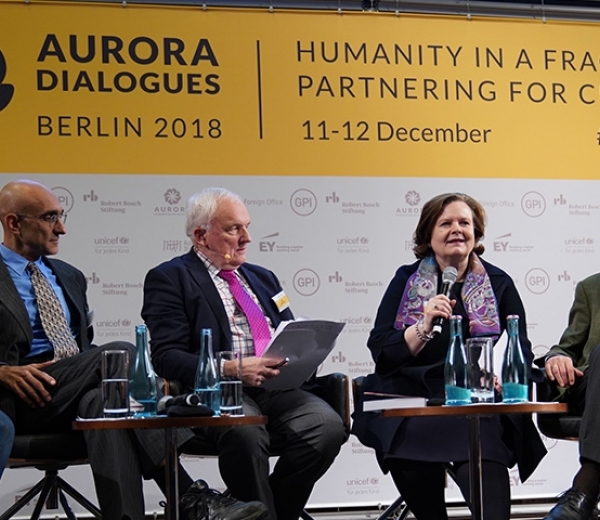