Sasha Chanoff began by thanking the Aurora Prize for “connecting the past and the present in such profound way”. He mentioned the importance of self-reliance for the refugees, who can be contributors to the society, and talked about lighting the path for those who empower them.

“There are three things I want to achieve during this panel,” said Chanoff. “One, to highlight the dimensions of the refugee crisis, two, to understand what we can do differently and how we can address this, and three, to have some take away points that everybody can internalize to understand how to move forward and how to think and act today.”

Alexander Betts, professor of Forced Migration and International Affairs at the University of Oxford, reflected upon the role of context and terms when it comes to discussing the issue. “It’s been gratifying to see how much the refugee crisis has already been spoken about. We all heard the big headline figure – there are more people in the world today who are displaced than in any time since the World War II. But let’s put it into context,” noted Betts.

“In the last couple of years the refugee issue has been labeled refugee crisis. And it’s worth asking where and why. Providing protection and solutions to refugees should be manageable. The crisis that took hold in 2015 was not a crisis of numbers. It was a crisis of politics.”

“The response to refugees has to go far beyond the humanitarian approach. We have to include businesses and others so we can collectively address these issues”, concluded the session moderator Sasha Chanoff.

Subtitle:
The sixth session of Day 1 was moderated by Sasha Chanoff, Founder and Executive Director of RefugePoint.
Header image: 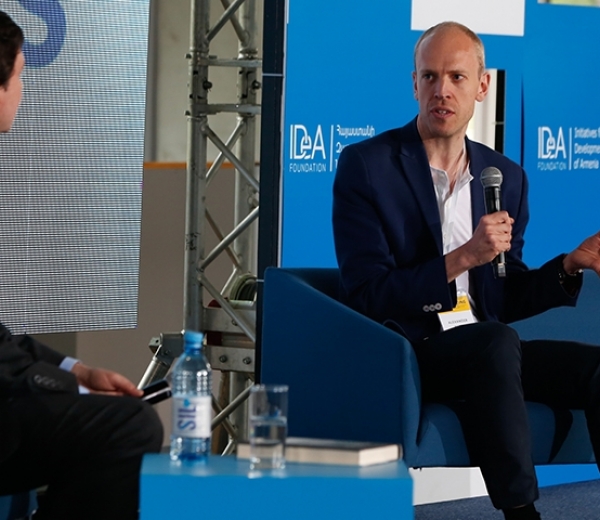