10 Arresting Sights to See in Armenia

Temples fit for kings, mysterious stone arrangements, caves hidden by waterfalls, glorious battlefields, modern art troves and aerial tramways – Armenia is a true land of thrill and wonder. These spectacular sights will leave the most avid travelers spellbound, so join us on this journey or come see for yourself! 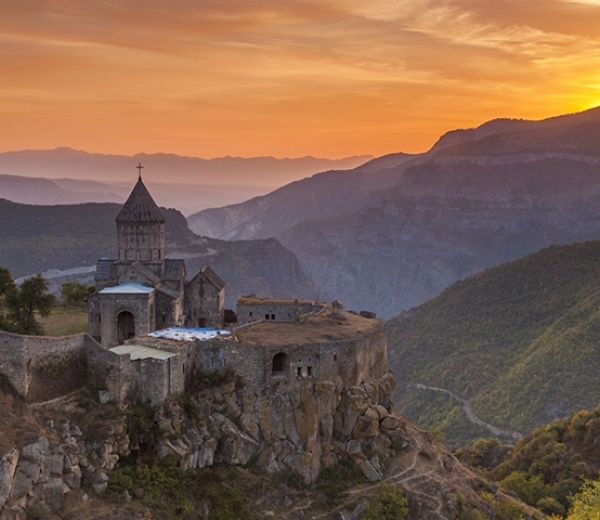 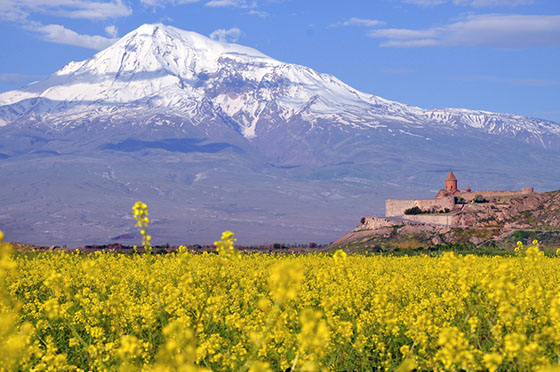 Most people don’t know what it’s like to be trapped in a pit for 14 years – but St. Gregory the Illuminator did. When he arrived in Armenia and preached the gospel to King Tiridates III, the ruler cast him into a pit. But when the king fell ill, he called upon Gregory, who managed to heal him miraculously. Tiridates III then adopted Christianity as the state religion. A church was built in the area where Gregory was cast down called Khor Virap, or “deep pit.” 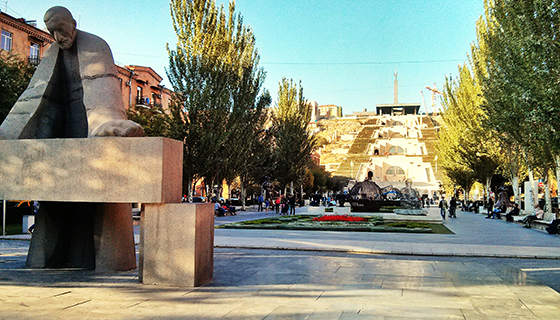 It is an odd and beautiful architectural marvel and it houses what is perhaps the best collection of modern art in the region. It was built in the 1970s but was underused until after Armenia gained independence, when Gerard Cafesjian, an Armenian from the Diaspora, invested to beautify it and turn it into a modern art museum. It now exhibits works by Fernando Botero, Lynn Chadwick and Barry Flanagan, among others. 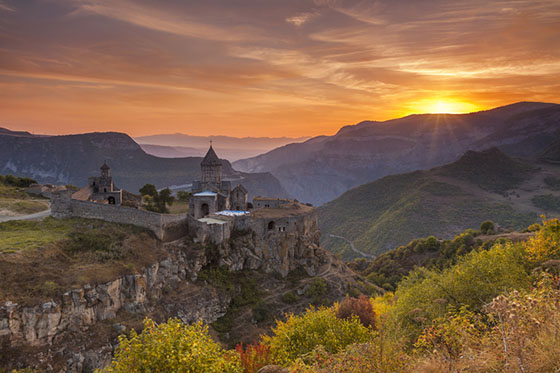 Armenia is home to many an ancient monastery, and it turns out that the people who built them had a knack for making them hard to reach. But with the technology available hundreds of years later, what used to be a weeklong trek becomes a breathtaking ride on the world’s longest aerial tramway over a picturesque valley. Tatever takes visitors to the storied Tatev Monastery. 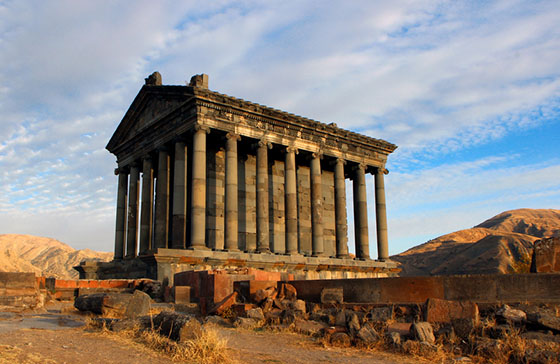 The distinctly Hellenic structure was built in the first century AD as Rome approached its heyday. Although it was destroyed in an earthquake in 1679, it was reconstructed in the 1960s and 1970s. The site was likely used as a place of worship and potentially as a summer residence for Armenian rulers. 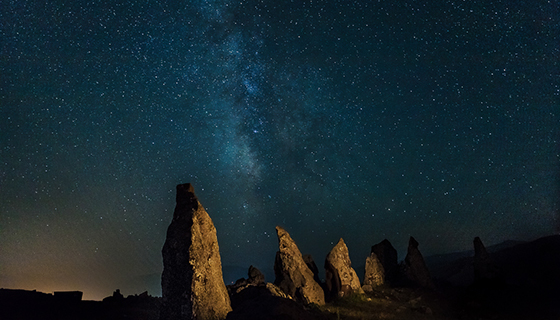 Stars were as entrancing to prehistoric humans as they are to us today. Zorats Karer – or karahunj – is testament to this wonder, an arrangement of stones that legend has it served as an observatory. The site predates the better-known Stonehenge in the United Kingdom and is still being studied for clues into why it was built and the influence it might have had on ancient astronomy. 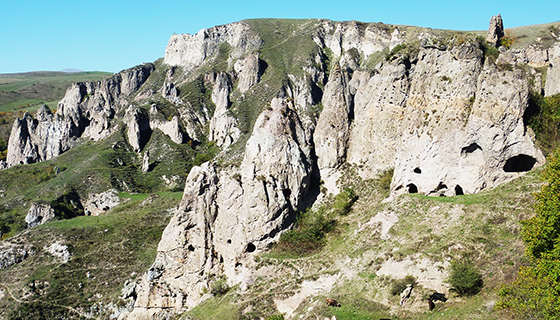 The south of Armenia is replete with fascinating sights, one of them being the man-made caves of Goris and Khndzoresk. These dwellings were carved out of protruding rocks on the sides of mountains and served as residences for people a long time ago. 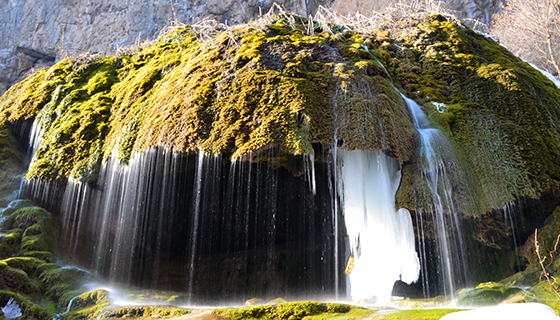 This majestic place looks almost surreal. Nestled under the heights of Shushi, Artsakh’s cultural capital, the impressive basalt formations, river and caves in this canyon are a natural wonder. One popular spot is called “zontik,” meaning umbrella, for the cave that shelters a person from the water falling from above. 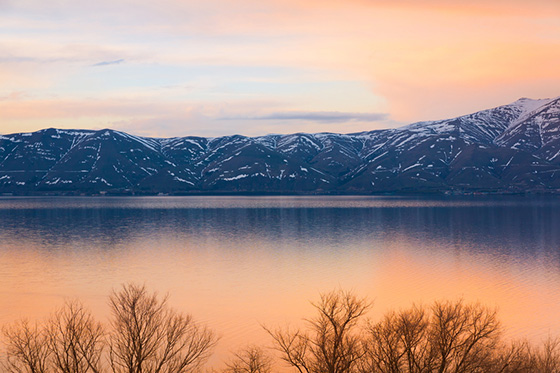 It is the largest freshwater lake in the Caucasus; so large it has been called the “sea of Armenia.” A site of great ecological interest, it is the exclusive home of the Sevan trout and a breeding ground for the Armenian gull. On its western shore there is also an ancient monastery called Sevanavank. 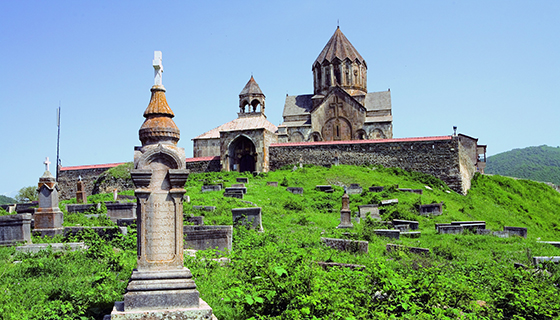 The name of this functioning monastery translates as “Treasure Mountain,” and because it is thought to hold relics belonging to St. John the Baptist, it might well be true. This structure built in the mountains of Artsakh in 1240, was bombed during the War of Independence and has the scars to prove it: an unexploded (now defused) rocket remains lodged in one of the monastery’s walls. 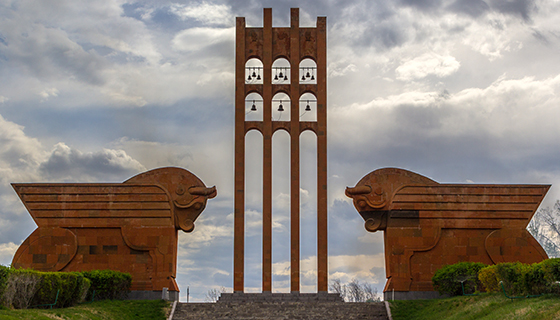 Its awesome size is hard to describe until you see it. But once you know the story its wondrousness starts to make sense. After the Genocide Armenians were able to establish an independent state, which was subsequently attacked by the advancing Turkish army. The Ottoman Empire looked intent on destroying what was left of Armenia, but Armenians mustered up whatever they had left, stood on the plain of Sardarabad both outnumbered and outgunned – and won. The Armenian victory in the Battle of Sardabard was not just amazing – it was what ensured Armenia’s continued existence to this day.

Display type:
Big
Subtitle:
Our latest collection of majestic views that will leave you gasping for breath
Weight:
-20