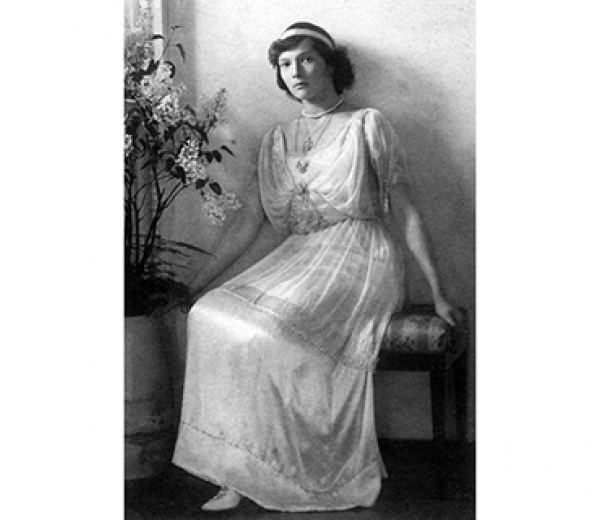 Text:
A royal gift
Many people close to the royal family noted that Tatiana was too responsible for her age. Even as a child, she was a natural leader: she took charge of the household and attended to the upbringing of her younger sisters and brother. Tatiana was usually the messenger bringing difficult requests to her parents. The second daughter of Tsar Nicholas II was often assumed to be the eldest, and people regularly sought her advice. Tatiana was the only person with whom the Tsarina would discuss military and political matters.
When war broke out the Romanovs devoted all of their time to organizing assistance for the army and the general population. One of the royal family’s summer residences at Tsarskoye Selo was turned into a hospital.

The Tsarskoye Selo hospital was the idea of Duchess Vera Gedroitz, one of Russia’s first female surgeons. She became the director of the hospital, imposing an almost military discipline: members of the royal family reported to the director and other surgeons like ordinary nurses.
The royal family was inspired by the work of Duchess Natalia Shakhovskaya, who established her own community of sisters of mercy called “Assuage my Sorrows” in 1866. Alexandra Feodorovna valued Shakhovskaya’s work highly, and even sent her a telegram of encouragement: “His Majesty and myself wish, with all our hearts, much success to your benign undertaking.”
“The Empress forgot all about her ailments and spleen, the war has cured all of them,” reported the Richmond Times-Dispatch newspaper in August 1915. “Alexandra Feodorovna has devoted herself to organizing the hospital in a big way.”
Image: 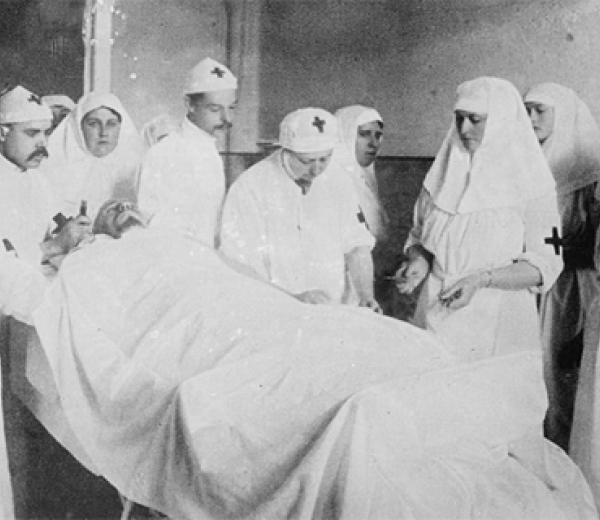 Text:
“The Empress has invested a lot of labor in this hospital. No other monarch of Europe has done anything of this sort. Every day, together with her daughters, she would work from nine in the morning until two at night, and sometimes later. She would invariably return in the evening, and at times, when critically wounded men were brought to the hospital, she would stay and spend the night,” the article said.
The hospital, located in one of the palace’s wings, could care for up to 200 soldiers and 30 officers. It was fully equipped for surgery and had the most up-to-date X-ray labs. Some patients were sent for rehabilitation in the peaceful Finnish countryside. Mobile operating theaters brought the wounded to Tsarskoye Selo aboard a hospital train named in honor of Tsarevich Alexei.
Doctors and patients at the hospital remember Tatiana Nikolaevna as deft and cool-headed. The Grand Duchess often assisted Vera Gedroitz during operations. “If I was a painter, and I wanted to paint a portrait of an ideal sister of mercy, I would only have to paint a portrait of Grand Duchess Tatiana Nikolaevna; I wouldn’t even have to paint it, it would be enough to point to her picture, which always hung over my bed, and to say: ‘Here’s the sister of mercy’,” wrote S. Ofrosimova, one of the Empress’s ladies-in-waiting.
Image: 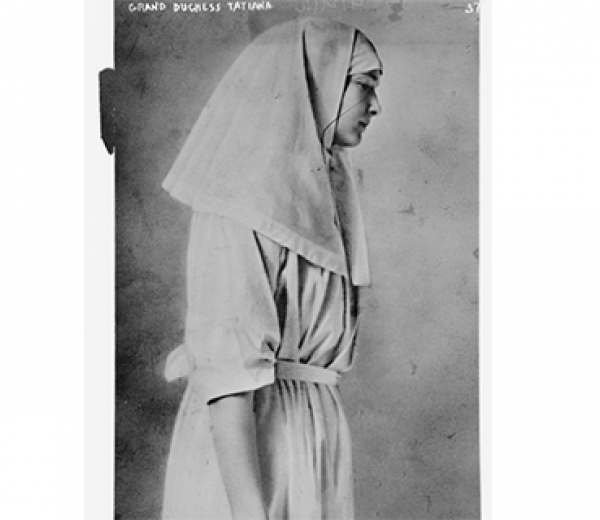 Text:
Helping victims of the Genocide
Tatiana’s Committee was financed from the state budget and public donations. The organization came to prominence beyond the borders of the Russian Empire, and philanthropists from Britain, the United States and elsewhere helped to raise money for the committee.
One of the committee’s largest projects was a census of internal refugees. In the summer of 1915 the committee set up a special department for the registration and retrieval of refugees. Its work was assisted by local civil servants who passed on information about the number of refugees in the regions and on how much assistance was needed. This had never previously been attempted in the Russian Empire.
Image: 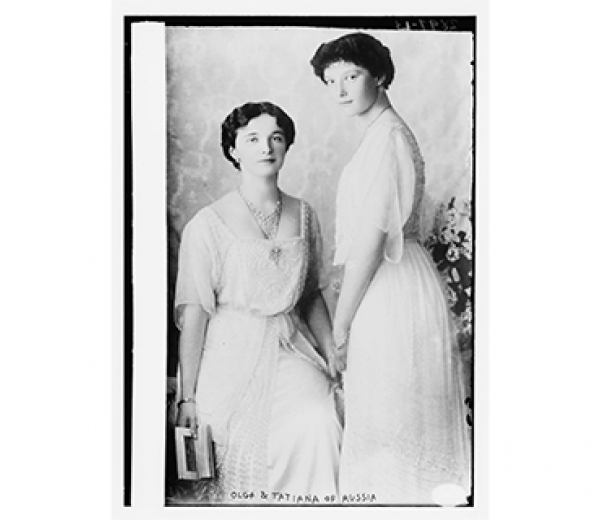 Text:
Newspapers regularly published proclamations signed by Tatiana, in which she implored the people to take part in relief efforts: “The war has ruined and scattered millions of our civilians: these unfortunate refugees — homeless and hungry — are looking for food. The government, public and national establishments, private philanthropists and my committee are helping the refugees, but their needs are so great that only the whole nation can help them. I implore you, my kind people, to give the refugees some spiritual and bodily warmth, and to console them with a feeling that you understand their hopeless grief.”

Gradually, Tatiana’s Committee grew into the largest charity network that provided assistance to refugees. It focused on many areas that were revolutionary for Russia at the time: for example, the committee not only provided displaced persons with financial assistance, but tried to find them employment in their new places of residence.

The committee’s programs also anticipated that local populations would play an active role in helping refugees to adapt.
Christian pogroms, which began in the Ottoman Empire with the start of World War I, created a state of emergency in the Caucasus. According to some rough calculations, by the start of 1915 there were more than 67,000 refugees fleeing the Turkish army. They moved to the Erivan and Tiflis Governorates, the Kars and Batumi regions and other places across the South Caucasus. The majority of the refugees were Armenians (about 45,000), but there were also Assyrians and Greeks. Over the course of 1915, there were more than 200,000 Armenian refugees alone, and altogether about 300,000 people were displaced across the region. Armenian charitable organizations could not cope: after miraculously escaping the massacres, these famished women and children were dying from starvation and sickness.
Image: 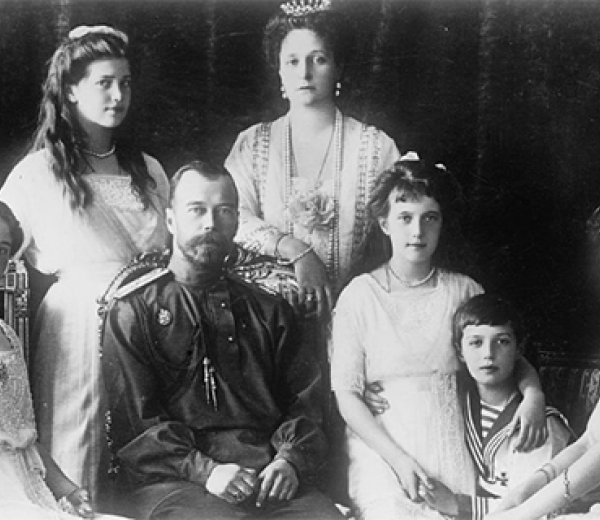 Text:
The All-Russian Union of Cities and Tatiana’s Committee began to help these forced migrants. In 1915, the Committee raised about 200,000 rubles for Armenian refugees, and dispatched 40 train cars with day-to-day essentials, including bedding, clothes and footwear. Humanitarian aid was sent to Kars, Sarıkamış, Alexandropol (Gyumri), Erivan (Yerevan), Igdir, Nakhchivan, Echmiadzin, and other towns and districts. In addition, the Committee opened special bureaus to help Armenian refugees find new employment. Trade shops in Tiflis, Kars and other towns also found jobs for these people.
End of an era
After the February Revolution of 1917 and Nikolai’s abdication from the throne, the Romanov family spent six months confined to their apartments at Tsarskoye Selo. The children fell sick with measles and hospital experience came in handy for the elder sisters — they patiently nursed each other and other members of the family. “I’m sad that now that I’m well again, I can’t work in the hospital. It’s so strange to be at home in the mornings, not doing the bandaging. Who’s doing that now?” Tatiana wrote to the hospital’s senior nurse, V. Chebotareva, in April 1917.

In August, the Romanovs were exiled to Tobolsk, and from there — to Yekaterinburg, where on July 17, 1918, Russia’s last Tsar was executed along with his entire family. The kind-hearted Tatiana was among the victims.

In 1917, the committee that she founded was renamed the All-Russian Committee for Assistance to the War-Stricken. Miraculously enough, the regional branches of Tatiana’s Committee continued to provide assistance to refugees even after the revolution, and some of them even had dorms and other property to their name. At the beginning of 1918, due to inflation and the overall situation in the country, assistance could no longer be provided in cash, but it was supplied in foodstuffs. Soon, however, even this became impossible, victims of the Russian Civil War joined to world war refugees.
In March of 1918 the Petrograd branch, effectively the headquarters of Tatiana’s original committee, officially ceased operations. That brought an end to the century-old history of charitable establishments and committees under the auspices of the Romanov Imperial House.

Header image: A “Tatiana Committee” meeting, in the center - Tsarina Alexandra Feodorovna with her daughters Tatiana and Olga. 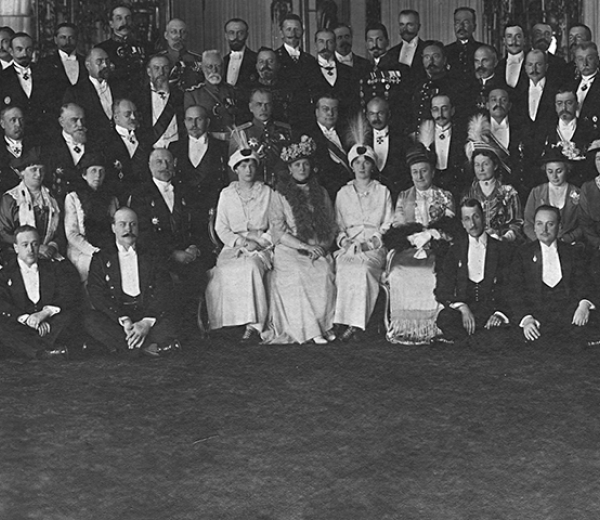