The research was conducted by Edelman Intelligence and the findings of the Humanitarian Index were presented by Jere Sullivan, Vice Chairman of International Public Affairs at Edelman, during the 2016 Aurora Dialogues, which took place on April 23, 2016 in The Mesrop Mashtots Institute of Ancient Manuscripts (Matenadaran), one of the world’s richest depositories of medieval manuscripts.

The research reveals a gulf between perception and reality on a number of fronts with American, British and French publics underestimating the number of Syrian refugees by staggering amounts (4.7 million, 4.5 million and 4.5 million respectively). Americans are similarly out of step with the rest of the world in their overall concern for forced migration, ranking it a distant seventh among the list of the world's most pressing humanitarian challenges.

On the issue of forced migration, many Western publics believe their governments have done more than enough to offer refuge to those in need. The U.S. public believes their country has taken three times as many Syrian refugees as they actually have. In France and Germany, estimates of the number of Syrians given asylum due to conflict are five times greater than the actual figures.

The Humanitarian Index has demonstrated the existence of a “compassion gap”— a large imbalance between what people say and feel versus what they would be willing to do. One in two respondents feel that refugees have been abandoned by the international community, and the vast majority agree that refugees deserve help. However, only one in two would actually help Syrian refugees if they could, and most doubt their ability to make a real difference.

You can learn more about the first annual Aurora Humanitarian Index here.

The research was commissioned by the Aurora Humanitarian Initiative and conducted by Edelman Intelligence, a global, full-service market insights and analytics firm that provides corporate, non-profit and government clients with strategic intelligence to make their communications and engagements with stakeholders the smartest they can be.

Subtitle:
The global study was presented at the 2016 Aurora Dialogues.
Header image: 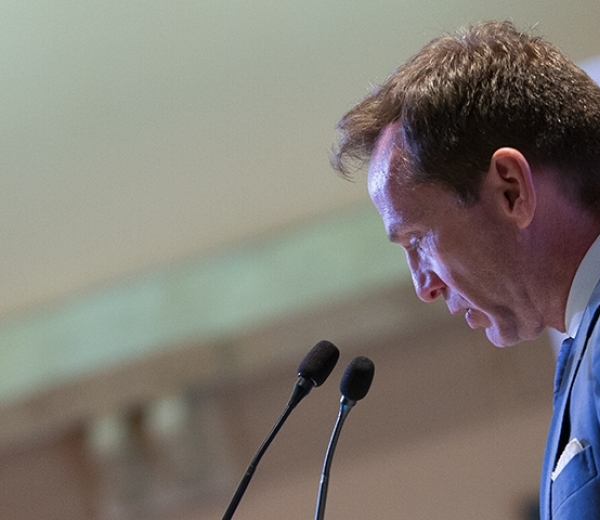