Originally from Yozgat (now in Turkey), Liliám’s family arrived in Latin America seeking refuge from the Armenian Genocide, having been banished from their homes and forced on a death march in the desert. The city of Yozgat had a population of 130,000, but only a few people survived the killings. “I came into the world by chance,” Liliám reflects. Her grandparents Hagop Kechichian and Lucía Sevasian and her father Isaac were among the survivors. 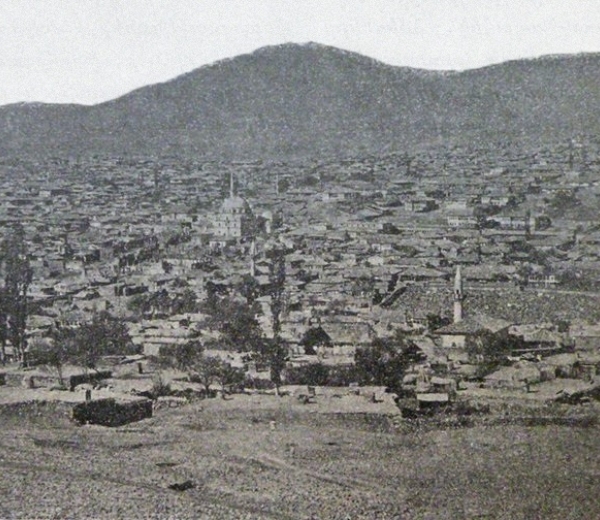 Text:
Her other relatives were not so lucky. Her cousins died of hunger in the desert and their parents were decapitated. Isaac was only two years old when the family reached Beirut in 1919, having suffered from hunger and pain. “I can only have words of gratitude for Lebanon,” Liliám says. “Undoubtedly, my father loved the Lebanese and always had words of gratitude for them. They were very generous, caring and hospitable. He always said that they were kind to their women, compared to how he had seen Turks mistreat and abuse them.”
Like many other Armenian families, the Kechichians were looking for a peaceful place to start over. They had heard many stories about the then-remote country of Uruguay. In 1921, together with their fellow countrymen, they set off on the long journey to South America, a voyage accompanied by fear and hunger that lasted 50 days. “Dad would never let us throw food away, not even a little piece. When we said we were hungry, he would correct us, saying ‘you are not hungry, what you have is appetite. Hunger is what we went through’,” the minister recalls.
From Yozgat to Río de la Plata
The Kechichian family settled in El Cerro, which was home to many immigrants. Uruguay threw its doors wide open.

“They were really thankful to the Uruguayan people, to this country that received them as their own,” Liliám says.

Isaac worked as a shoemaker and made an art of his work: in his store in Malvín, he made tailored shoes, ballet slippers and other unusual creations. Eventually, Isaac adopted Uruguay as his homeland and ended up being a typical Uruguayan, taking a liking to soccer. But he never forgot his roots. “My dad transmitted the deep sorrow of a nation that had lost it all. He was surprised at what other humans were capable of doing,” the minister recalls.
Neither had her grandparents, Hagop and Lucía, forgotten where they came from. “My grandparents always ate matsun (Armenian yogurt), wore black, prayed in Armenian and cried from the open wound that never stopped bleeding,” Liliám recalls. “We are millenary people, and that makes me feel like I come from the depths of history. My dad instilled in us his own values: the Armenian culture, literature, music and dance. He taught us the satisfaction that comes with doing things the right way, the commitment to hard work.”
In 1950, Uruguay became the World Cup champion, and people took to the streets to celebrate. That is how Isaac met Valentina García, a young Uruguayan woman from Sarandí del Yí. It was love at first sight. A year after, they were married, and in 1952 and 1954 their daughters Liliám and Graciela were born.
Always a fighter
In 1971, when Liliám was 19, she joined the center-left coalition party Frente Amplio. That same day, on March 26, Isaac died of cancer. Liliám was forced to quit her studies and get a job. Hard times lay ahead: totalitarian governments gradually seized power across Latin America. But Liliám remained true to her convictions and continued fighting for her ideas.

She was a clandestine militant but managed to avoid imprisonment. Many of her comrades are now considered “missing.”

Liliám became the minister of tourism during the government of José “Pepe” Mujica, and has been reconfirmed in her position for the next term by President-elect Tabaré Vazquez. “I advocate human rights, truth and justice. My passion became stronger during the dictatorship and it continues today, every day,” she affirms.
Liliám was the first deputy of Armenian origin in Latin America and has interwoven her roots with the Uruguayan political scene. “I feel Armenian and Latin American. One can combine both histories and find a clear parallel between what happened 100 years ago and the dictatorships that ravaged Latin America. I feel privileged and very proud of my last name,” she says emotionally.
Back in 2006, when she was a deputy, Liliám went on an official visit to Armenia. “It was a deeply moving experience and the people made me feel at home; they are very nice, very welcoming. The most exciting moment was the visit to Tsitsernakaberd. I felt like I came from that place,” she says. In 2013, she revisited Armenia as a minister.
Uruguay the pioneer
On April 22, 1965, a precedent was set: at a time when many countries did not address the topic, Uruguay enacted a national law constituting the first public recognition by a government of the Armenian Genocide. Law No. 13.326 of the Oriental Republic of Uruguay declares April 24 the “Day of Remembrance of Armenian Martyrs.”
In 2011, the Ministry of Education and Culture was tasked with creating the Armenian Genocide Museum, the first one ever established by state initiative outside Armenia. Its mission is to raise awareness on the Genocide committed against the Armenian people, to popularize Armenian culture in Uruguay and to gather information on Armenian immigration to the country. Likewise, it will promote the defense of human rights and deal with crimes against humanity, state terrorism and denial.
The story is verified by the 100 LIVES Research Team.
Subtitle:
Minister of tourism and sports of Uruguay, the first country to officially recognize the Armenian Genocide.
Story number:
19
Author:
Eugenia Akopian
Header image: 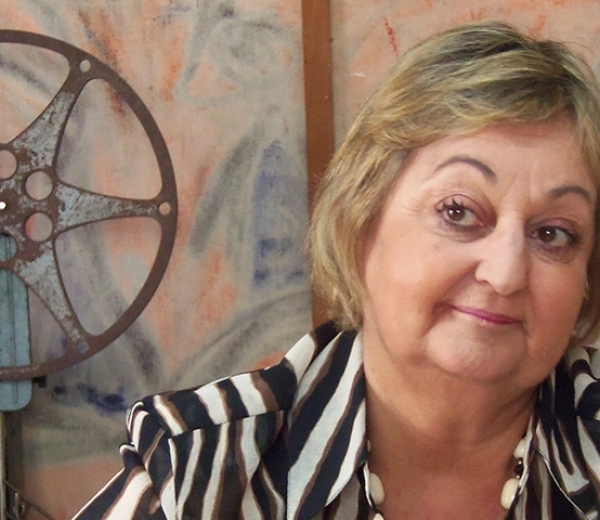