We all grew up knowing that being Armenian means staying Armenian and preserving our culture. It is our duty as Armenians to pass down our culture to our children. My father used to remind me that on many occasions.

He used to say with pride that many ancient civilizations perished throughout history, but not ours. He made sure to get that point across about our survival. Not the first nation to adopt Christianity. Not a nation of ancient dynasties and kingdoms. Not a nation of skilled tradesmen, artists, architects and intellectuals. That survival is our pride and it is our duty as Armenians to fight for the Armenian Cause: Genocide recognition and cultural preservation.

Both my parents made sure that I would be a proud Armenian. So here I am, 100 years later, an American girl born of 100 percent Armenian blood, with an Armenian name, living with nothing but Armenian pride. I, along with millions of other Armenians from the diaspora, speak Armenian, dance Armenian, love Armenian food, music and art. I am proud that the Turks could not crush the Armenian spirit.

It’s always amazing to me to reflect on my family’s stories of survival.

I am in awe of their perseverance and all that they endured during and after the Genocide. How did they rebuild their lives amid such pain and loss? How did they continue to exist after witnessing such brutality? The horror stories are plentiful and unimaginable. Yet the Armenians carried on. The Armenian people pride themselves on their survival. We never forgot our roots, and never forgot our sorrowful past, it is in this way that we pay homage to our great ancestors.

I am overcome with emotion and pride when I think about the courage and strength my family (and all the survived Armenian families) had to display to continue living after witnessing the 20th century’s first Genocide. And I am most proud that my family never forgot their heritage, never fully assimilated, never stopped giving back to the Armenian community and passed down their love for the Armenian culture to me.

My great grandfather Megerdich Deukejian, a coppersmith from Tigranakert, was saved by a Turkish general who was his longtime friend. After the abominable killings of April 24, when they gathered and slaughtered all the Armenian experts, intellectuals, architects and artists, the Turks began to target the tradesmen, and coppersmiths were next on the kill list. As the Turkish soldiers rounded up all of the Armenian coppersmiths of Tigranakert, the general gave Megerdich a wink and cursed and tossed him around. He took Megerdich aside and secretly provided him with proper documentation that said he and his family should never be touched. Megerdich was also given Turkish army attire and had a Turkish guard protecting his shop at all times.

Despite this protection, as fate would have it, a mix up with Turkish soldiers resulted in the death of his parents, his wife and four children. One night he returned home to find his house ransacked and his entire family missing. Megerdich hastily sought the Turkish general and they hurriedly fled on horseback in search of his family, only to learn it was too late.

I’m so sorry, Megerdich, I did all that I could,” said the general.

Megerdich’s entire family was murdered in an instant. But even after such terrible tragedy, he forced himself to move on and start anew. Eventually Megerdich remarried and raised another family of four children, though not in his native Armenia. A better life awaited the Deukmejians in Jerusalem, but as all Armenians did after the Genocide, they preserved their Armenian culture and Christian faith with vigor and pride.

My great grandmother Lucia Deukmejian survived a shooting spree in Tigranakert. Widowed at 17, and a witness to the murder of her two young children, Lucia Deukmejian escaped death by sheer chance. Along with dozens of women in her village near Tigranakert, she was gathered to be slaughtered like an animal. They were humiliatingly unclothed and shot in cold brutality by Turkish soldiers.

Both her girls, a two-year-old and a six-month-old baby, were shot and killed in her own arms. Right before her girls were murdered, the soldiers tugged harshly at the crosses hanging across her children’s little necks, shouting “Let’s see if this cross will protect them now!” After the shooting spree, Lucia fainted amidst a pile of fallen bodies. She woke up in a pool of blood to the sound of whimpering, lodged between countless dead bodies. Her two children were among the dead.

When the Turkish soldiers came around to check for movement, they began beating the bodies on the ground. Although a Turkish soldier stood right on top of her belly and beat her for signs of life, she continued to feign death. After the soldier slashed her belly with his sword, assuming that would do the deed, she fainted again.

When the soldiers left, Lucia came to and gathered the survivors to escape to safety.

Lucia knew the area well, as it was right near her father’s vineyard. Wounded, beaten, and scantily clad after the soldiers had stripped them of their attire, they stopped by a nearby stream to drink water and wash the blood off their bodies. Lucia led the group to a Kurdish friend’s home. That man was her father's partner and kept her safe for the night. Soon after that she found herself living in hiding with her uncle in a friend’s house basement. Her uncle's family was safe because they were granted a government permit that protected them from deportation.

After a year of living like this, at around 19 years old, she was remarried to my great grandfather Megerdich Duekmejian. When they began to "Turkefy" the Armenians, she came out of hiding. She pretended to accept Turkishness, got a new Turkish name, and was safe for the next few years. 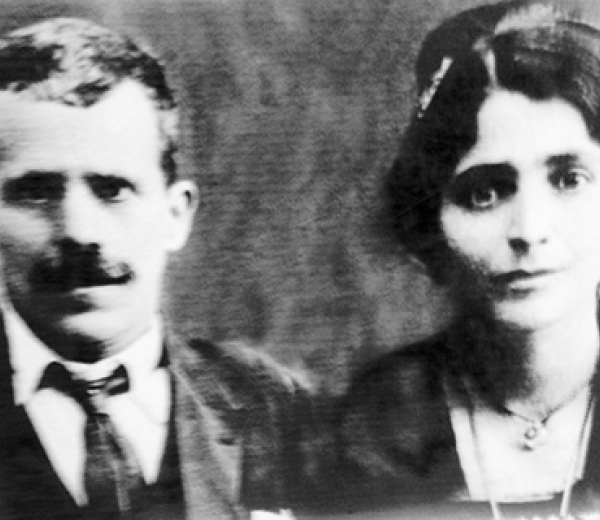 Lucia and Megerdich were able to make a life together after surviving great losses. In 1921 she relocated to Jerusalem with her new husband and growing family. She never forgot her first two children, and although she always carried with her the deep scars of Genocide, both emotional and physical, she raised four Armenian children, proud of their heritage and active in the Armenian community of Jerusalem.

If I could extend my gratitude to the people who helped save my ancestors, I would like to thank the Kurdish farmer for taking in my great grandmother and nursing her wounds, and the Jeboghlian family for risking their lives for keeping Lucia safe in their basement. I would also like to say “thank you” to the general who saved my great grandfather's life and tried to save the rest of his family from the organized killings.

I happily carry the Armenian spirit within, instilled by my Armenian family.

Subtitle:
“I am an American girl with an Armenian name, living with nothing but Armenian pride”
Story number:
110
Header image: 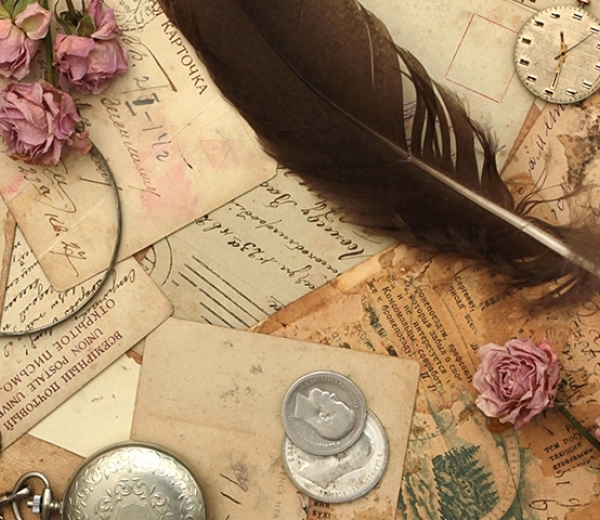