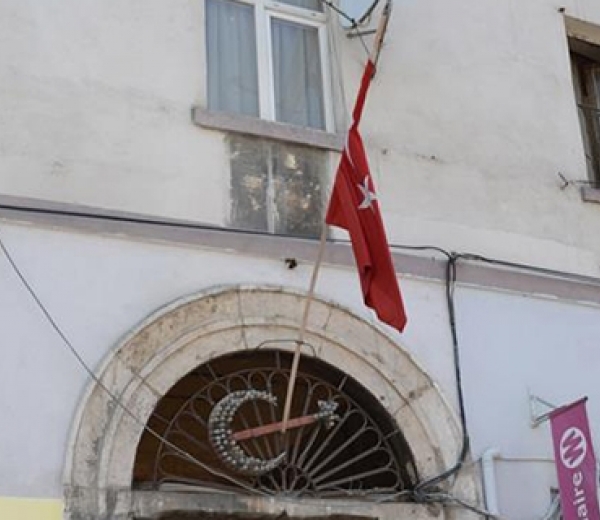 Text:
In 1927, the Betlehemians settled in the neighborhood of Palermo and Garabed resumed his studies. He wanted to start medical school, but his brother said he had to work instead. Thus he learned the trade of tailor.
In 1933 he met Arshalois Mateosian, an Armenian girl who had landed in Argentina, having also escaped the horrors. Coincidentally, she too had been born in Stanos and had lived in Istanbul when Garabed was there.

It was a twist of fate that both young people met in distant South America.

She was only 13, and he was 19. Five years later they got engaged and, when Arshalois turned 21, they got married and had three children: Ana María, Silvia and Carlos.
Image: 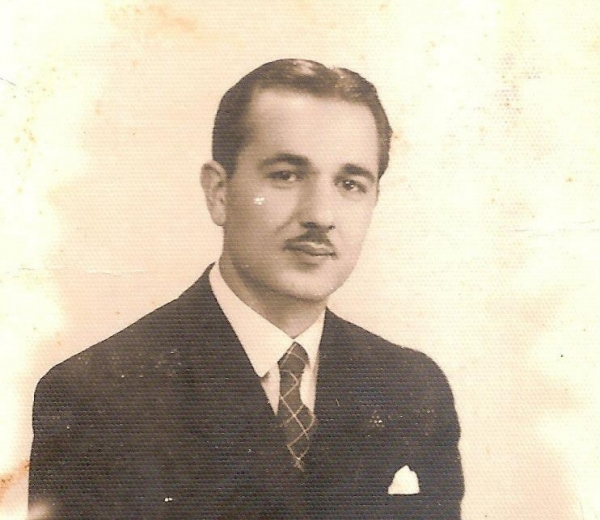 Garabed and Arshalois worked in their tailor shop that had grown – with machines and employees – but Garabed was determined to fulfill his dream of becoming a doctor. So, in 1953, at the age of 37, he enrolled at the University of La Plata. Six years later, with great effort and Arshalois’ and his children’s help and support, Garabed graduated as a Medical Doctor.

Ana Laura Menini, Garabed Betlehemian’s granddaughter, is an IT consultant currently living in London. She has always been passionate and curious about her origins and her grandparents’ story, and wanted to walk the streets they walked, see with her own eyes the landscapes they saw and immortalize their experience. In 2013, along with her boyfriend Sebastian, she started a journey toward discovering her family history.
“I had wanted to go there and visit the famous Yenikent that once was Stanos. However, nothing remained of Stanos; it was all built over. Istanbul, on the other hand, has always drawn me more because that was where my two grandparents lived at a conscious age,” Ana explains.

Once the plane landed in Turkey, I couldn’t help crying. I had mixed feelings.

“People’s faces looked so familiar…I couldn’t believe it. I found my grandfather’s face in many old men, my uncle Mario’s face and also, when we went to the beach, I saw girls playing in the sand who looked just like my cousins,” Ana fondly recalls.
“I couldn’t help crying with joy when I found, first, the Anglican church where my grandmother was baptized, then, almost by chance, the French orphanage. Standing at the door of the orphanage, I noticed it was half-open, so I inserted my cell phone through the gap and took a picture to see what was on the other side. There was a corridor, windows of what might be classrooms or bedrooms and a bright green garden. I told myself, ‘I have to get inside no matter what.’ So I opened the door and accidentally woke up a laborer who was sleeping on bags of concrete. Instead of getting angry, he went to look for someone who spoke English. The other man didn’t speak English either but said ‘no photos.’ All I really wanted was to see that place! So, after accepting his condition, I got in and saw an area that seemed to have been a vegetable garden. I immediately remembered the words of María, my grandfather’s sister, that there was a vegetable garden at the orphanage and Garabed’s garden was always the most beautiful. I entered, looked around and left. I felt so happy to have stepped into that place, even though I could take no photos,” Ana remembers.
“I would like to thank those who helped my grandparents and their families survive, who gave them the means to be educated. Also, thanks to my country Argentina for welcoming them and giving them the opportunity to rebuild their lives. I thank my grandparents for showing me that everything is possible, despite the pain and the limited resources; for not giving up and for moving forward; for their capacity to dream of a better world; for giving us everything that was taken away from them; for fighting for their family and keeping the Armenian identity others tried to erase from them. Thanks to them, my Armenian heritage forms part of my values, of my identity and of the history that some lunatics tried to wipe out. Without them, I wouldn’t be the person I am today. Today, I want to tell and share this story, because I feel we have not done enough for them. The intention is that all these Armenian surnames live in our memory forever and that we never forget. If we are telling these stories today, this means the Ottoman Empire couldn’t defeat us,” she adds.
Cecilia Mardirosian, another granddaughter of Garabed, is an accountant who now lives in Paris. She says, “I want to give thanks to all the countries that opened their doors to our families. In their struggle to survive and save their descendants, they arrived in Argentina penniless, but the country offered them a place, a future, to them and to us. Thanks to that, my grandfather received an education, was able to work and, most importantly, found the love of his life. We also thank the Armenians in Argentina who received and helped them when they arrived. And thanks to my grandparents. Because of them, I have the family I have today,” Cecilia says.

Our gratitude also goes out to all those Armenians who fled. We thank them for not giving up, because without their struggle, we wouldn’t be here today.

“I want this story to be told. My grandparents were two wonderful people. I owe it to them. Besides, I think it is only fair that all those who are not Armenian know what our people have gone through. Being able to express our gratitude is a good starting point to move away from being victims. Time has gone by; now we have to move forward. We need to remember and not to forget, but thanking is also good and, for that, I want to express thanks for this opportunity,” Cecilia adds.
The story is verified by the 100 LIVES Research Team.
Cover image: Garabed Betlehemian (center), María Betlehemian (back) and their mother Maryam Bulbulian.
Subtitle:
Life begun in Stanos continues in Argentina
Story number:
26
Author:
Eugenia Akopian
Header image: 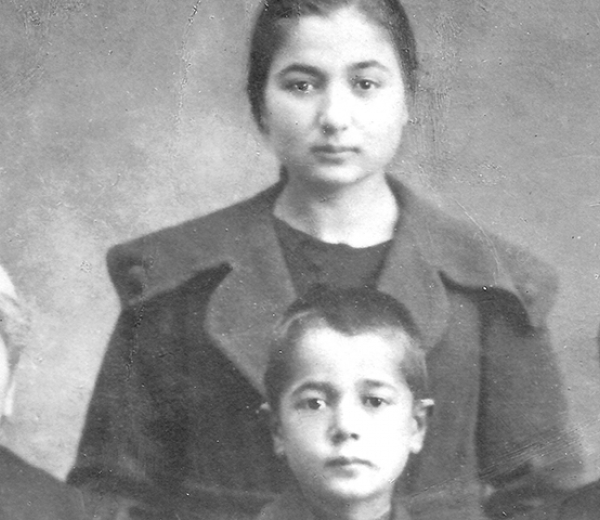