But Bedros’s family name was strong: nothing would take away his Armenian identity.

One night, he escaped and reached another Arab city where he served as a guide for a blind man. “When the man went to look for food, he asked dad to count how many things there were, to make sure he was not eating anything,” Pablo recounts. Bedrós escaped again. He arrived in Aleppo where, Near East Relief, a U.S. organization, had set up an orphanage. Despite all the things he had gone through, he was still a child. He stayed there for some time and when he left, “He wanted to go to America. He landed in Argentina and stayed here from then on,” Pablo smiles. On the voyage, he met two countrymen. One of them showed him a family picture and Bedrós fell in love with the young lady in the photo: Repega Tutundjian.
A new future
Once in Argentina, Bedrós literally worked from day to night, seven days a week, in the meatpacking plants of Armour and Swift in Berisso, La Plata. He was determined to save the money needed to bring to Argentina the only relatives he had left: his niece Siranush and his nephews Boghos and Khatchik Arzoumanian. Once he achieved his purpose, he still had to care for them, so he ensured that they had a house and work and even arranged acting lessons for the young Siranush. Today, the main room at the Armenian Center located on Armenia street in Buenos Aires, Argentina, is named after her: “Siranush Room.”
Image: 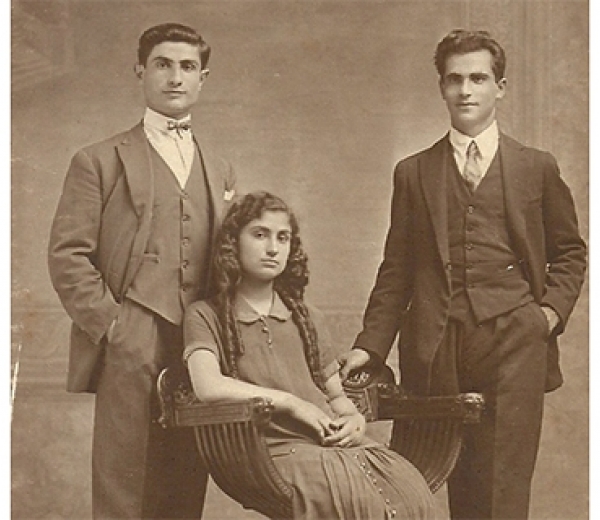 In 1929, Bedrós and Repega, the lady in the photo, married at the Civil Registry of Buenos Aires; Yirair Tutundjian, Repega’s brother, had acted as matchmaker.

As for their grandparents, Nerses and Servart Tutundjian, the siblings remember that they told one another the horror stories they had gone through. “Sometimes they spoke in Turkish, so that we couldn’t understand them, to protect us from the trauma,” Diana says. Whenever they talked to their grandchildren, they switched to Armenian: “Mom and dad used to get ticked off if we didn’t speak Armenian and my grandmother spoke little Spanish,” Pablo recounts. They never forgot where they came from and, least of all, what they had gone though. “Dad always had nightmares and mom had to wake him up,” Diana remembers.
“Dad was self-taught in everything. He learned Spanish by transcribing and taking notes. At the piano, he played songs by ear, without knowing a single note. Reading books was his favorite pastime,” Diana recalls, her eyes filled with pride. When she was a girl, Bedrós noticed her natural talent and, with much sacrifice, he bought her a piano. That piano later became the object that defined her life.
Image: 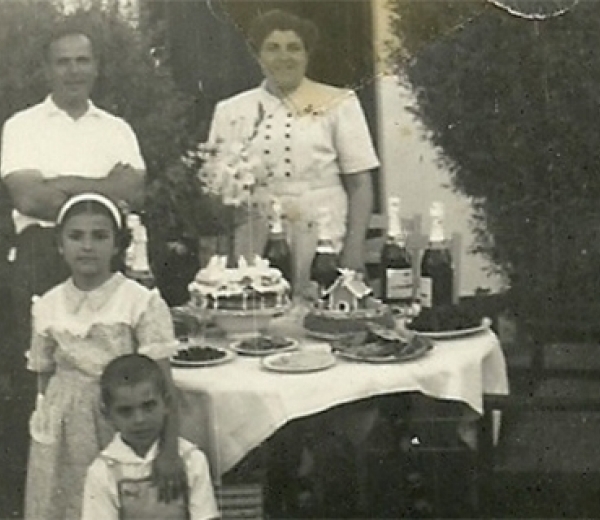 The sun sets. Diana and Pablo bring out their family mementos – pictures that keep the memories alive and recall the landscapes, scents and flavors of a happy childhood. Among those keepsakes is a ribbon with the Argentine flag and a card that reads “Diploma of Honor. Ricardo Pablo Arzoumanian.” Diana takes it in her hands, reads it and, with a proud smile, looks at her brother, who is sitting in front of her. Their unmistakably Armenian eyes meet in the warmth of their shared history. At this moment, Pablo remembers a particular story: “I was on the bus and I accidentally heard someone talking about my sister – mentioning how strict she was as a teacher – and another person in that same conversation added that her brother was as strict as her. They started comparing us, to see who was stricter.” They both smile, crowning a day full of memories. 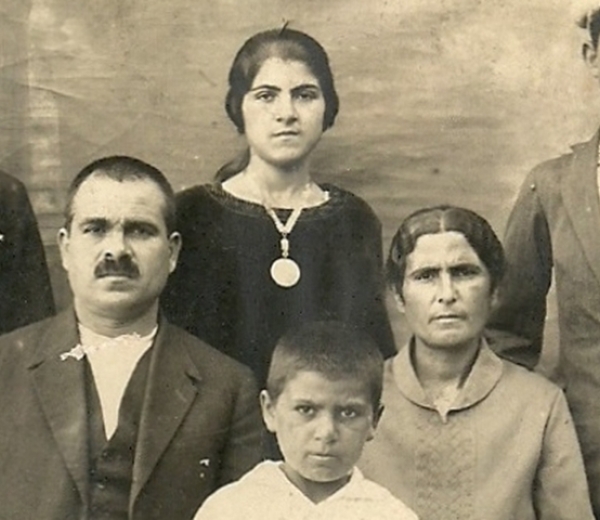