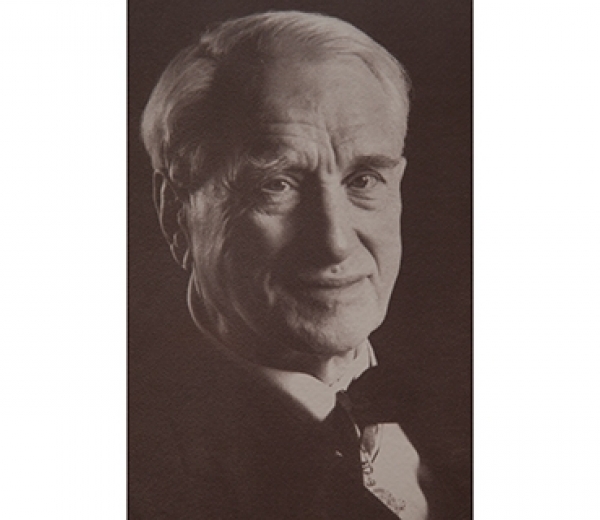 Text:
In addition to his Russian and Armenian roots, Mikhail Piotrovsky also has Polish blood, as his last name suggests. But the mere fact of being born in a mixed family does not make one truly multicultural. One has to consistently nurture respect for others, however alien in background, while preserving one’s own identity. Mikhail Piotrovsky does an excellent job — thanks to his innate sensitivity and subsequent education: “When I’m in Armenia, I feel like an Armenian right to the point when they start to talk about Russia. That’s when I feel Russian all of a sudden. When Russians berate Armenians, I’m Armenian, when Armenians berate Russians, I’m Russian. The same with the Polish,” he says.
Indeed, living life at the crossroads of different nations and cultures can be stressful. Piotrovsky says these contradictions are best resolved by emphasizing similarities over differences:

“Belonging to different cultures is a great pleasure, but achieving it requires education. That is why there hasn’t been any nationalistic strife among true intellectuals.”

Such tolerance and tactfulness stand out all the more against the backdrop of contemporary ultra-patriotic rhetoric. Piotrovsky credits his Armenian heritage with his incredible ability to remain open minded and non-judgemental, to embrace modesty and shun any kind of arrogance, to find common ground with the most diverse interlocutors. “Armenia has always been in the midst of a welter of cultures and their clashes. Armenians scattered all over the world, but still knew how to fit in among different civilizations while remaining Armenian. At the same time, they became important building blocks of cultures that were initially alien to them,” Piotrovsky said.
Image: 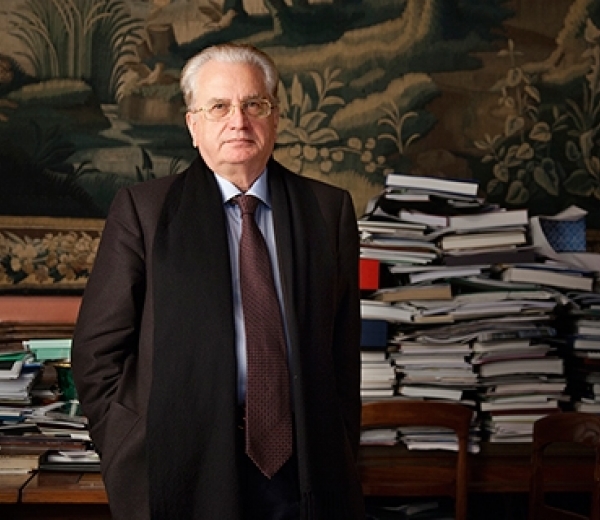 Title:
Two pistols
Text:
Although some Armenians had moved to foreign lands long before the tragic events of the early 20th century, it was the Genocide that prompted a forced mass exodus. The Djianpoladijan (Djianpoladov) family also had to leave their native Nakhijevan. At that time Iranyak Djianpoladjian, Piotrovsky’s grandmother, was pregnant with his mother.
Her husband, the grandfather and namesake of the Hermitage director Mikael Djianpoladjian, was a supervisor at salt mines near Nakhijevan. The wealthy and influential family was well known in the town, befriending the cultural and ruling elite. “'Djian polad' means ‘steel heart.’ Once upon a time, one of our ancestors just couldn’t be killed, so either the Kurds or the Turks gave him this name,” Piotrovsky explains. “You get both the ‘djian’ and ‘polad,’ both the Turkish and the Persian roots of the name.”
The state had a monopoly on salt production, but anyone who discovered a salt field could expect to lease the new mines. That is how the youngest member of the family became the new mines’ supervisor.

As the region plunged into turmoil, the family quickly realized that its carefree and settled life had ended.

They decided to go to Tiflis (Tbilisi), where Gurgen, Mikael's and Iranyak’s eldest son, lived at the time.
Before they left a good acquaintance, a young Nakhijevan khan, visited the Djianpoladjians. He warned his Armenian friends that it would be foolish to take their valuables with them and suggested that he deliver the said valuables directly to their relatives in Tiflis. “Grandmother used to say that at that moment, she thought: ‘What exactly is he going to deliver?’ But in any case, it would be better to give the valuables away than lose them altogether, so she gave him her jewellery. Later, when they were already in Tiflis or even in Yerevan, someone came knocking and gave them a pouch from the khan. All their valuables were there, nothing was missing,” the Hermitage director says.
But the family still had to make its way to Tiflis. “This is a story of courage. They walked to Lake Sevan, from there they went to Tiflis, and from there — to Yerevan. My grandmother walked pregnant, carrying two pistols with her,” Piotrovsky remembers. The women were given pistols to protect themselves in case of an attack. Each woman was also given poison to take if the situation became hopeless. “But the women began to take poison any time there was an attack on them. This was wrong, so the poison was taken away. They were left with the pistols.”
Text:
Having reached Lake Sevan, the family made arrangements to cross it, but a plain sack of food could have ended their lives: a rumour was spread that it was a sack of jewels. The hired boatmen planned to kill and rob the wealthy Djianpaladjians, and sheer luck saved them. On the shores of Lake Sevan, Iranyak went into labor and the crossing had to be postponed. “My mother was born, like Jesus, in a crib; she was saved and she saved her family,” Piotrovsky says.
The hired boatmen were Armenians. “Evil has no nationality,” the scientist notes sadly.
Quote:
My mother was born, like Jesus, in a crib; she was saved and she saved her family.
Title:
The language of heroes
Text:
Piotrovsky believes that when recalling the tragic past of their ancestors, Armenians pay too little attention to the feats of heroism in those times: “When the first Armenian translation of Werfel’s ‘The Forty Days of Musa Dagh’ was published in Yerevan, it was an outstanding event. There was a resistance that no one talked about. There was always this lamentation — they were killing us, they were killing us… But there were also stories of true heroism. This is an issue with the Armenian attitude — they have this slight ‘inclination’ toward lamentation.”
From this period of extreme hardship the Armenian people emerged victorious, the Hermitage director believes. “On the anniversary of the Genocide, I wrote about this on our website — the article was called ‘Grief and Pride.’ I grieve for the people and I feel pride in them for overcoming this massacre. We lost the land, we lost a great number of lives, but we did not lose what makes our Armenian nation special.”
Piotrovsky has his own attitude toward commonly-accepted terminology: “I say ‘massacre’ because I grew up with this word. ‘Genocide’ is a new word.”
It is also possible that this tragedy catalyzed the development of the many talents Armenians are famous for. There are no guarantees that they would have been able to fully realize their potential in Ottoman Turkey. But having been scattered all over the world, from Australia to Uruguay, the Armenians made a name for themselves. “This is an unorthodox approach, but I think it’s time to talk about this. Not just about the woes and suffering, but about the great overcoming,” Piotrovsky says.
Text:

For example, it’s time to speak of the huge contribution Armenians made to the Russian culture. Among the intelligentsia and the elites there are almost no national differences or ethnic strife. “Look at Joseph Orbeli, this exemplary Armenian-Russian scientist — he had an excellent theory that was both true and conformed to the teachings of Marxism: he believed that in the Middle Ages, the art of the Muslim and Christian elites was more or less the same. A significant part of the Hermitage’s Islamic collection demonstrates this similarity of cultures,” Piotrovsky says. He believes that on a certain level, a good education and artistic tastes inevitably lead to rapprochement, while rabid nationalism only emerges in situations when the ruling elites fail to reach this level.

Quote:
Among the intelligentsia and the elites there are almost no national differences or ethnic strife.
Text:

Not long ago, a monument to Komitas was opened in St. Petersburg. “Komitas is all about Armenia, he’s never even been to St. Petersburg. But Armenian culture also lived in Europe. To the rest of the world, Turkey was represented in part by Turkish Armenians. This is what [the Turks] attempted to destroy. Worthless people don’t get destroyed, the only ones exterminated are people who endanger some evil,” he says.

The Armenians did a great job of assimilating in Russia. While retaining their Armenian heritage, they completely integrated in the Russian culture. “I remember how well the Caucasian intelligentsia — the Georgians, Armenians, Azerbaijanis — spoke the Russian language. It was a pleasure to hear them speak. Nobody in Russia spoke such a rich language then or now. They learned the language from Pushkin and Tolstoy,” Piotrovsky remembers.
Of course, no assimilation takes places without consequences.

In this case, it was the literary Armenian language that was sacrificed. Out of habit or the need for simplicity, Soviet Armenians willingly peppered their speech with Russian words.

“I remember riding a train to Yerevan with a well-known Armenian poet. He and my mother spoke Armenian and I listened in, transfixed. It was a purely Armenian conversation without a word of Russian. It was a wonderful language, and I’m glad to see it return. I remember how everyone rushed to learn Armenian after Armenia gained independence. And they’ve learned it well — I now know and hear that Armenians in Armenia speak a very rich, literary version of Armenian.”
Piotrovsky himself knows the native language of his mother well, though today he prefers to listen, not speak. He learned a vernacular version, and he often used words that astonished the adults: “I learned Armenian in order to understand what my mother and grandmother talked about, so that they had no secrets from me. This is why my Armenian is very simple,” he explains.
Title:
Between the past and the future
Text:
In Piotrovsky’s family, the Genocide was always discussed quite openly – the scientist finds it naïve to suppose that many knew nothing of the events. Of course, the topic was shunned on the official level, but that only made the private conversations livelier.
Of course, these conversations were often painful, but essential information was being transferred to future generations and its value overshadowed any discomfort. The eldest members of the family tried to limit themselves to hard facts, leaving their own feelings and emotions out of the picture. “It was told as a regular story from the past. There is information that must be transmitted. Just like when members of the intelligentsia spoke of labor camps or the Siege of Leningrad, there were certain things that went unmentioned, because today is a different time and it’s time to think about different things,” Piotrovsky believes.
Quote:
The eldest members of the family tried to limit themselves to hard facts, leaving their own feelings and emotions out of the picture.
Text:
This doesn’t mean that the Genocide should no longer be talked about. “It cannot be left in the past. We should constantly speak about the Genocide, constantly tell its tales — but we have to do it from a heroic perspective,” the scientist explains.
Mikhail’s son Boris is very proud of his Armenian blood. He loves spending time with Armenians in Russia, loves going to Armenia. “Sometimes when I go on a trip, I invite him to come with me, but he usually doesn’t want to go anywhere. But he always goes with me to Armenia, and if I don’t take him, he gets upset. He’s actually mad at me now because I didn’t invite him to the opening of the Komitas monument. It didn’t even cross my mind,” Mikhail laughs.
The Hermitage director’s family still maintains a sense of belonging to Armenia and its culture. “We no longer visit Armenia every summer, like we did when I was a child. But the ties are still alive and there are plenty of reasons for them to grow stronger, so that the Armenians who live in Russia feel their affiliation with the Armenian culture and Armenia as a state. Everything is still there. The Armenian spirit is alive and well.”
Image: 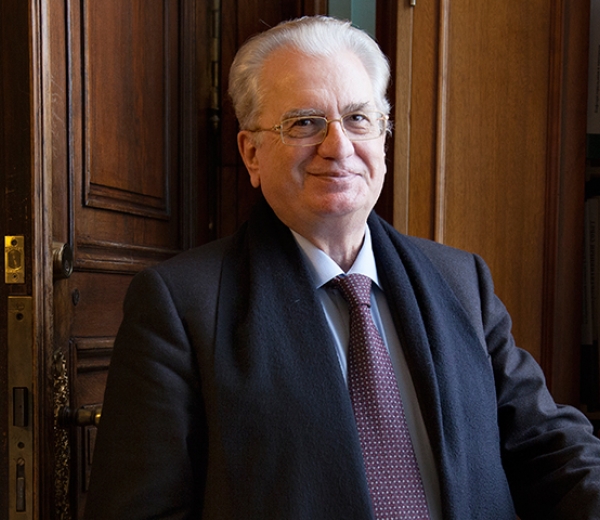 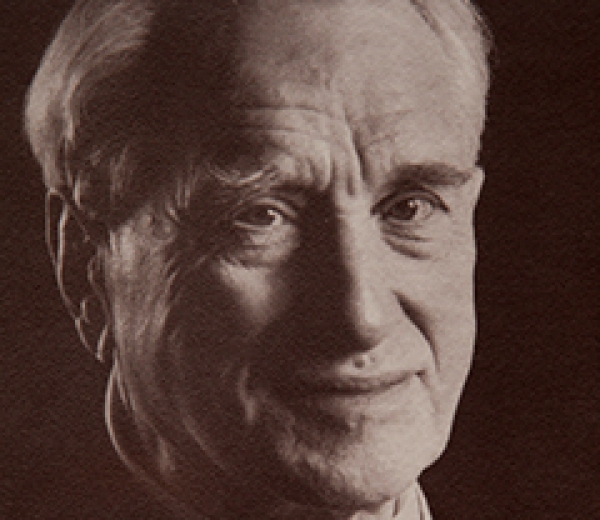 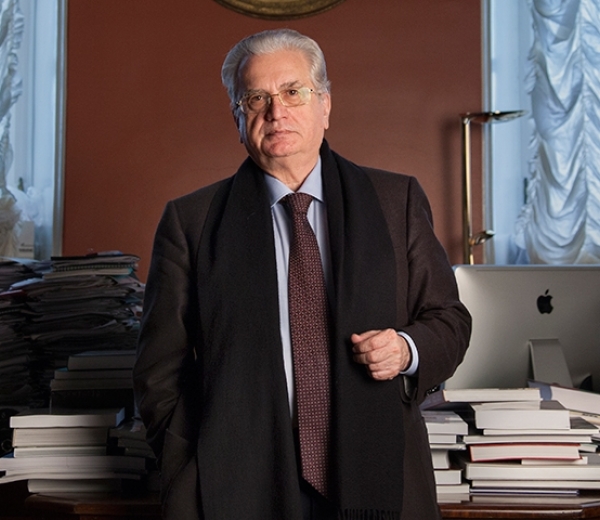