Of Neighbors, Plans and Rearview Mirrors

Following a number of events commemorating victims of the Armenian Genocide Yerevan hosted the premiere of “1915,” a psychological thriller about the Genocide and issues of denial. The film was directed by Garin Hovannisian and Alec Mouhibian and the cast includes Armenian and American actors Simon Abkarian, Angela Sarafyan, Samuel Page, Nikolai Kinski and others.

I want to briefly outline just one of the film’s plotlines: a cast of Armenian and American actors is getting ready to open a play about the Genocide at a Los Angeles theater.

The plot of the play is reflective of the times: the head of an Armenian family is drafted into the army, while his mother, his wife Ani and their son are driven into the Deir ez-Zor desert. The final scene of the play is set to take place in this desert: a Turkish officer, who has fallen in love with Ani along the way, asks her to run away with him and leave her son and mother-in-law behind to fend for themselves – this is, to die in the desert.

According to the script she has no choice but to agree, and this is meant to symbolize the tragedy of the Armenian people – the only way for Armenian women to survive during the Genocide was to forego everything they hold dear.

But every time the final scene is rehearsed, Angela, the actress who plays Ani, looks the Turkish officer (played by an American actor) in the face and says “no.”

Everyone tries to talk her into sticking to the script and saying the right line, and at some point it seems that she finally agrees, but when it comes to rehearsing the final scene Ani still says “no.” She says “no” because she simply cannot imagine betraying her family and faith, renouncing her Armenian identity.

At the same time everyone realizes that it’s just theater – that the events on stage are not real and that they are all just actors playing parts in a play about the year 1915. Even the main protagonist’s real name is Angela, not Ani. But to no avail: when the final scene is rehearsed and the American actor asks Ani to run away with him, she refuses. With but a few hours left until opening night the cast can’t be sure that the actress will follow the script in front of an actual audience.

I do not want to give the whole story away – those who are curious can just watch the film. But let me just say that events in the film transpire in such a way that it becomes clear: if the role of the husband (who is drafted into the army) were played by the Armenian author and director of the play, who is also Angela’s husband in real life, then Ani would say “yes,” because her husband lives in the past and thus symbolizes the past, having failed to overcome it. By putting on this play he evokes the spirit of the past, the victims of the Genocide, while the officer offers her a future – an unknown and uncertain one, but a future nonetheless.

I am, of course, giving you a very rough idea of the choice Ani is faced with – the authors are far less direct in posing this question. But the mere fact of such a choice forces one to think about the past and the future. The film leaves it up to the viewer to answer this question, which is important because every one of us is sooner or later forced to confront this issue.

I, too, had to think about the past and the future of the relationship between the Armenians and Turks – both before I went to the “1915” premiere and after. This reminds me of something that happened once at the BBC.

One day I got a call from the news service asking me to listen to a statement by the Armenian President to check whether it had been translated to English correctly. Naturally, I agreed. They told me the following story: a BBC correspondent had arranged an interview with the president’s press-service to talk about the victory of the Armenian team at the World Team Chess Championship.

The interview went as planned. They talked about chess and chess players, how they prepare for their matches and how they play. At the end of the interview the correspondent told the president that he could not pass on the opportunity to ask about Armenian-Turkish relations. Serzh Sargsyan responded with an interesting analogy.

He said it was certainly important to look to the future, but equally important not to forget the past. “It’s like driving a car,” the president added. “You look straight ahead but you also check the rearview mirror occasionally, to see what’s happening behind you. We understand that it is impossible to go forward by only looking in the rearview mirror.”

The translation was correct and the quote was aired on BBC Radio and disseminated all over the world.

Reflecting on issues connected to the past and future I keep finding myself thinking that very few of us realize that whether we like it or not, we Armenians who live in Armenia will always have to live alongside the Turks and the Azerbaijanis, whether we like it or not. We can’t pick up our country, our land, and move it to a different place to have different neighbors. And this inevitably means that we have to think about the way we will communicate with our neighbors. Sooner or later we will have to, and it should certainly be sooner rather than later.

One cannot live solely in the past – we absolutely must think about the future. But do we know how to think about it? Sometimes it seems that we have to actually learn to do this, and the film “1915” is one of the attempts to pose one of the questions about the future. I think this attempt was rather successful. Or maybe I misunderstood the authors’ intent?

Mark Grigoryan is a famous journalist and public figure, who has worked for the BBC for more than 10 years. 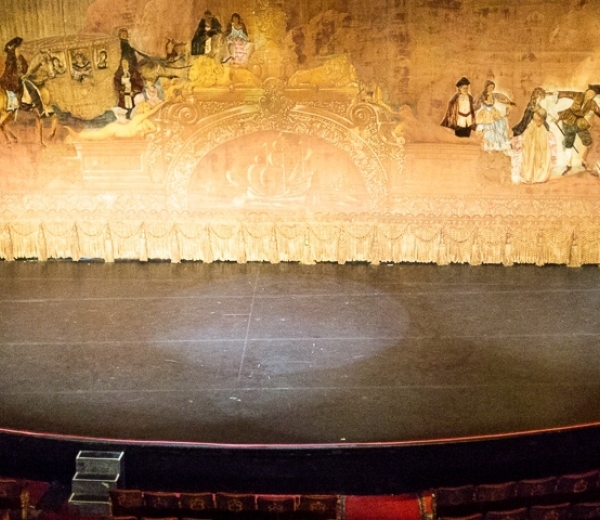