Most women of her age and social class were expected to marry and raise a family. For a time these were Bodil’s expectations. Then, in 1903, she began attending lectures given by German and Scandinavian missionaries on the plight of the Armenians in Turkey, and her life took a dramatically different trajectory.

Within two years the Women’s Missionary Organization (WMO) dispatched her to the Ottoman Empire to work as a nurse. With the funding provided by the WMO she opened an orphanage, a school and an ambulance station. She hired local workers and learned Armenian, Turkish, Arabic, German and English.

But if the pogroms of the 1890s struck Bodil to the core, what happened next was far worse.

What marks her out from many brave people is her remarkable achievement in compiling evidence of what was happening during the Armenian Genocide while the international community looked the other way.

She survived against the odds, but in the end her young charges did not. The orphanage where Bodil was working was set on fire, and the children burned alive in front of her.

“After losing my orphans I suffered psychologically, but even the deep hopelessness could not push me to leave that place and to return to my country. I stayed in Kharberd* for five months and was looking for a chance to return to Mush** and maybe find some of my orphans alive so that I could calm my heart,” she said later.

Bodil did find an opportunity to return to Mush and helped by sheltering and feeding survivors.

BY THE END OF 1918 BODIL HAD SAVED HUNDREDS OF ARMENIAN ORPHANS AND WOMEN.

In 1926 she moved to Syria, where she worked in orphanages taking care of Armenian children until 1935. 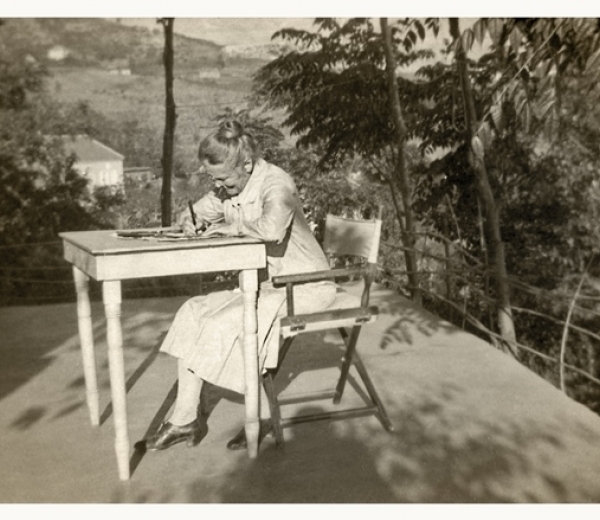 Text:
Her testimonies are in a handwritten diary consisting of her own observations, eyewitness accounts of the events, photographs of the victims of Genocide, the children who survived the massacres and the stories of how they fared afterward.
The diary had been considered lost and was accidentally found in Bodil’s closet by her grandson, Jussi Bioern, who handed it over to the Armenian Genocide Museum-Institute.
On December 3, 2007 the Armenian community of Aleppo in Syria opened a memorial in honor of Bodil Bioern. A second memorial was installed in front of the city hall of Bioern's hometown of Kragerø, in Norway.
Image: 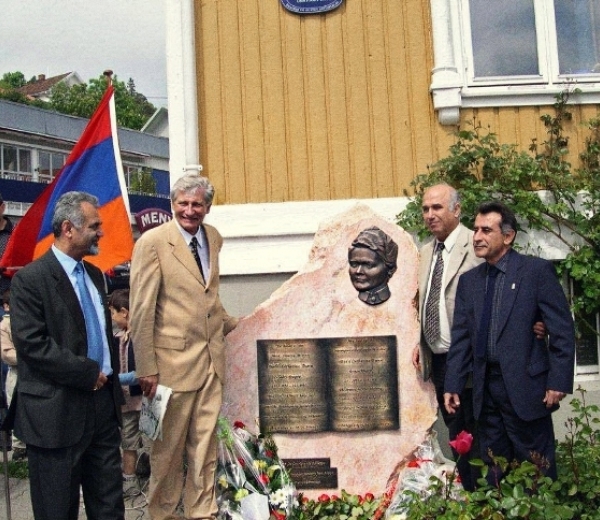 Text:
Ironically, despite her legendary status among the Armenian Diaspora and in Armenia itself, relatively little is known about Bodil in Norway. Few know of her heroism in refusing to let the Genocide go unrecorded.
She died aged 90 in 1960 and is buried in a modest grave in Kragero.
But for Armenians, she will always have pride of place. On July 22, 2008 a glass casing containing soil taken from the tomb of Bodil Bioern was installed in the Memorial Wall of the Armenian Genocide Museum-Institute.
Images courtesy of the Armenian Genocide Museum-Institute.
The story is verified by the 100 LIVES Research Team.
*Harput, modern-day Elazig in Turkey
**Eastern Turkey
Subtitle:
By the end of 1918 Bodil had saved hundreds of Armenian orphans and women
Story number:
8
Header image: 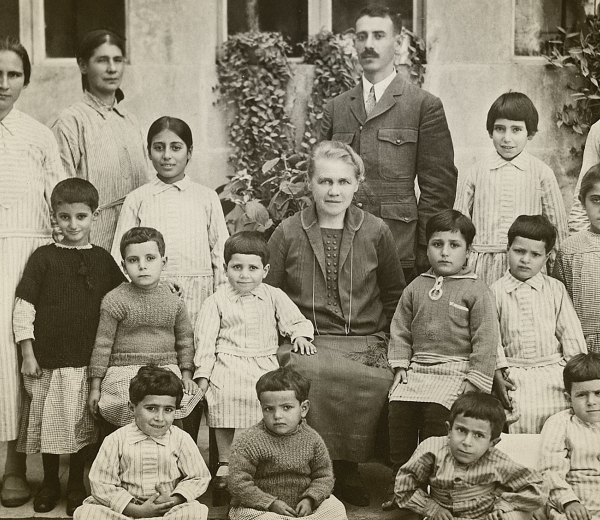