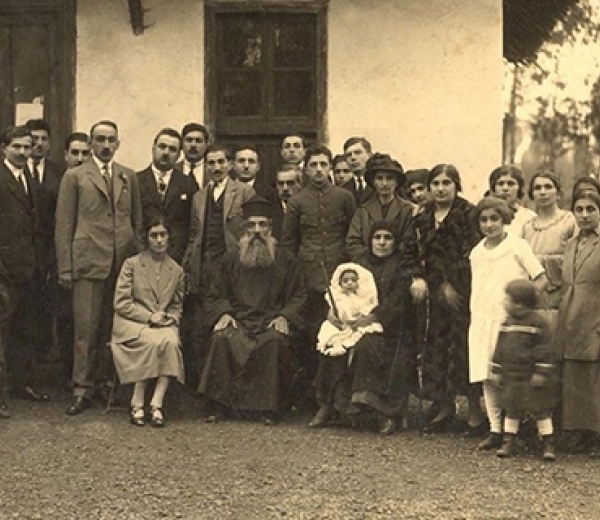 In 1896 Ethiopian Emperor's Menelik II troops defeated the Italian colonial army in the Battle of Adwa. To maintain the victory and modernize the country, the emperor entrusted most of the state business to Armenian middlemen, whom he encouraged to settle down in his country. The first wave of persecutions of Armenians soon swept over the Ottoman Empire, leading several thousands of Armenians to heed the emperor’s call and move to Addis Ababa. 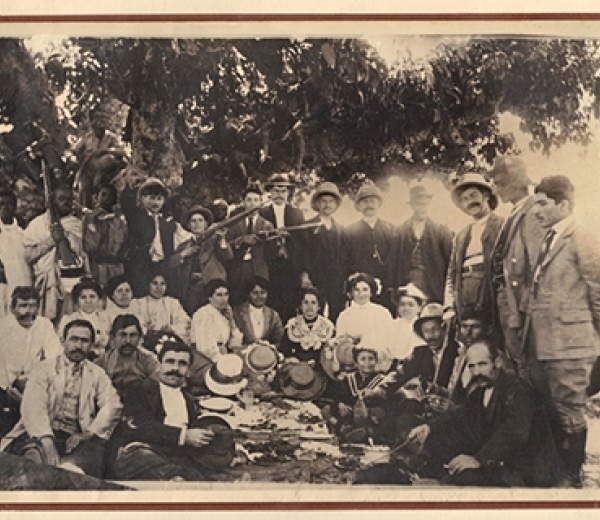 As time went by, many of these emigrants arranged for families to join them or sent for a bride from their hometowns. This is how Vartkess’s grandfather Nazareth Knadjian, a carpenter from Aintab (present-day Gaziantep) in Southeastern Anatolia, came to the Ethiopian capital. Although he had just been accompanying his sister, who was going to marry an Armenian man, he spontaneously decided to stay in the country. He eventually opened Nazareth’s Café, which became a meeting point for those affiliated with the Ramkavar Party. One of Nazareth’s brothers soon followed, intending to marry Meroum Avakian from Aintab. But because he died while his bride was on her way to meet him, she eventually married Nazareth instead. 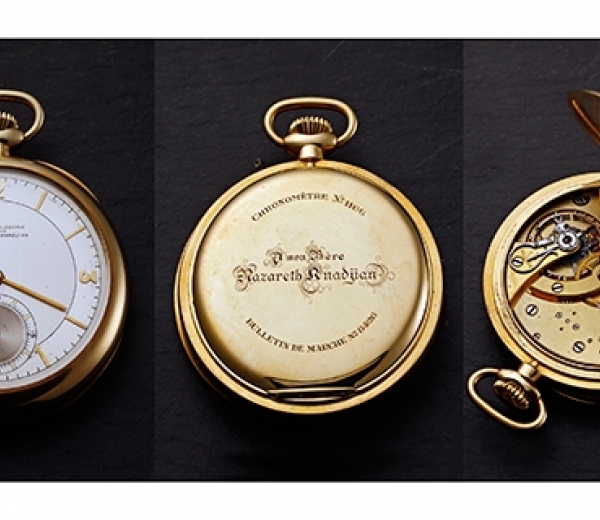 Text:
Thus Vartkess’s father Antranig was born in Addis Ababa in 1915. Vartkess still has the deepest respect for his father. “He served his apprenticeship under a local watchmaker, while his real ambition at the time was to become a doctor. At the age of 19, he was given the opportunity to enroll at an Armenian school in Paris. A classmate invited him to Geneva for a summer vacation, and the boy’s father persuaded him to continue his vocational training at the city’s École d’horlogerie, from which he graduated as a master watchmaker in 1940,” says Vartkess.
Because Ethiopia had become an Italian colony, Antranig was issued an Italian passport. A year later, he traveled to Djibouti in the middle of a war to meet his father, who had been exiled by the colonial authorities of Ethiopia for sympathizing with the monarchists. Owing to the British blockade, the French were preparing to evacuate the white population of Djibouti to other colonies.

But instead of his father, it was Antranig who left for Madagascar so that Nazareth could secretly return to Addis Ababa.

“Aboard the ship, he started repairing his fellow passengers’ watches,” Vartkess says, smiling. “Luckily for him, the great thing about watchmaking is that watches need repairing anywhere, anytime. Once in Antananarivo, he applied to the first watchmaker he saw. The man could hardly believe his luck to find such a well-trained applicant and hired him on the spot.” All his life, Antranig considered the two years he spent on the island to be some of his happiest. Curiously enough, Yerevan still maintains a partnership with Antananarivo today.
Image: 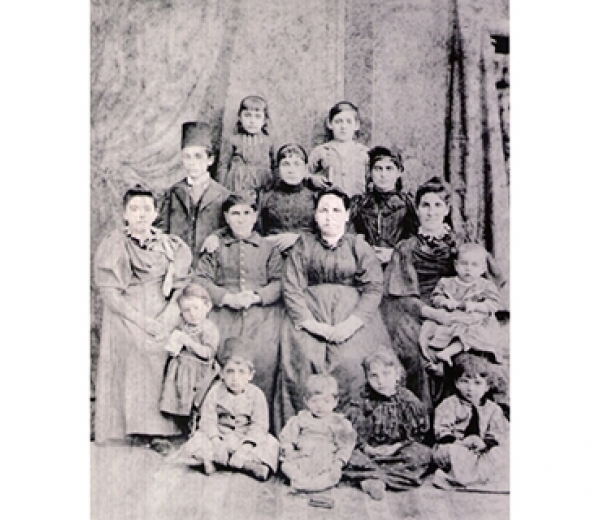 After Haile Selassie reassumed power, Antranig returned to Addis Ababa in 1943. The emperor offered him to become his official watch supplier. “Whenever the emperor had foreign heads of state visiting, he would give them a watch as a present. ‘Mr. Knadjian, a Patek Philippe for Madame de Gaulle.’ The emperor, in return, was offered many watches as presents, which he kept everywhere in his palace. Every few weeks, my father checked on them. On a few occasions I went with him on this tour, which had become a ritual to him,” Vartkess remembers. Antranig even serviced the clock on the tower of the parliament building.
In 1950 Antranig began looking for a wife. At one point he saw a young woman he liked in the building next door to his hotel in Beirut. In a short time he married her and took her back to Addis Ababa.
Frieda Helvadjian was born in Jerusalem in 1929. Her parents were both orphaned during the Hamidian massacres in 1895. Her mother, Osanna, came from Marash, where she had survived the atrocities thanks to the local German hospital and American missionaries. After the war she moved to Palestine with her brother, who opened a pharmacy in the city of Akko. Her father Artin grew up at the Schneller School, a German orphanage in Jerusalem. He was not fluent in Armenian, so he spoke Turkish with Osanna and Arabic with Frieda.
Image: 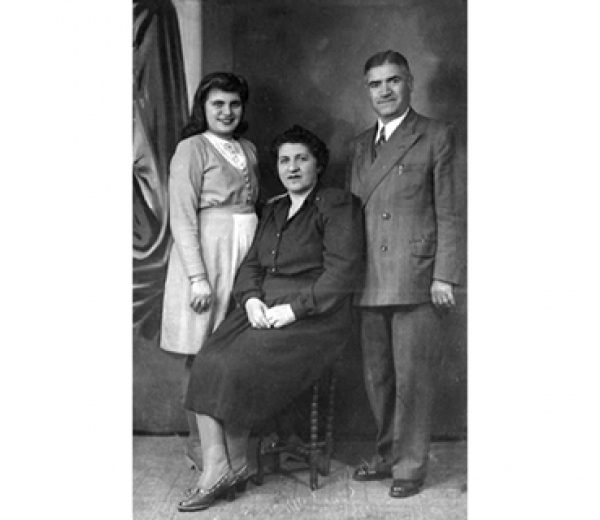 At the end of 1947 the Arab-Israeli war broke out, and the family fled to Beirut by car. The only things they brought were some personal items and Persian rugs, which saved their lives when the car was shot at. In Beirut, Frieda became a kindergarten teacher, but quit her job when she married to Antranig and moved to Ethiopia. 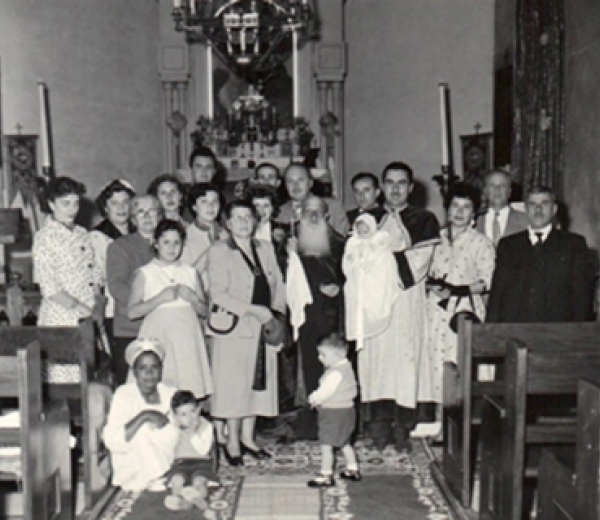 Text:
Nothing lasts forever
Vartkess was born in Addis Ababa in 1955 to a loving family. When he was 12, his father sent him to an English boarding school in Bath, where Haile Selassie had spent the late 1930s in exile. After graduating, Vartkess studied at the London School of Economics to take over his father’s business. “I was dying to go back to Ethiopia, we loved it so much,” he says.
When the communists seized power, however, the family was stripped of its possessions. Vartkess’s parents moved to Toronto, where Antranig made ends meet by working as a “watch doctor” at a department store. “He took it like a man,” his son recalls. In hindsight, the only constant aspect of life is that nothing is ever constant. “My great-grandmother lost all her possessions in the Ottoman Empire, me grandmother lost hers in Palestine and my mother lost hers in Ethiopia. Sometimes I envy those who are born in the place where their families have lived for generations and will live for many more, those who don’t have to start over and over again,” says Vartkess.
Image: 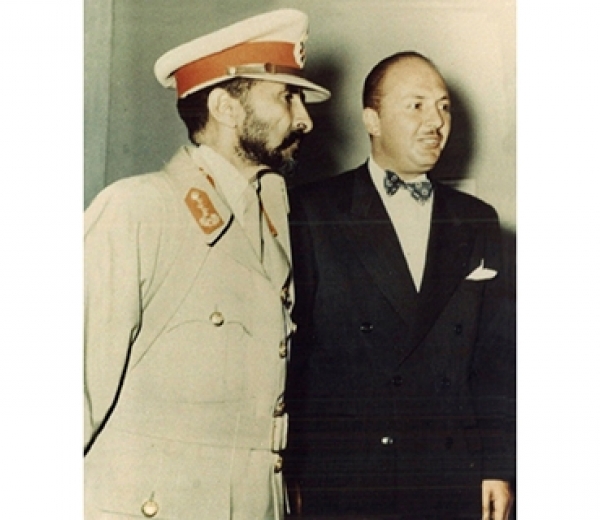 Vartkess’s ties to Ethiopia, however, proved valuable one last time. The grandson of a former British ambassador introduced Vartkess to a diamond trader who owned Backes & Strauss, the world’s oldest diamond company founded in the German city of Hanau in 1789. “The diamond trade is governed by its own set of rules, its members trust each other because it’s not uncommon for their fathers and grandfathers to have done business together,” Vartkess says. 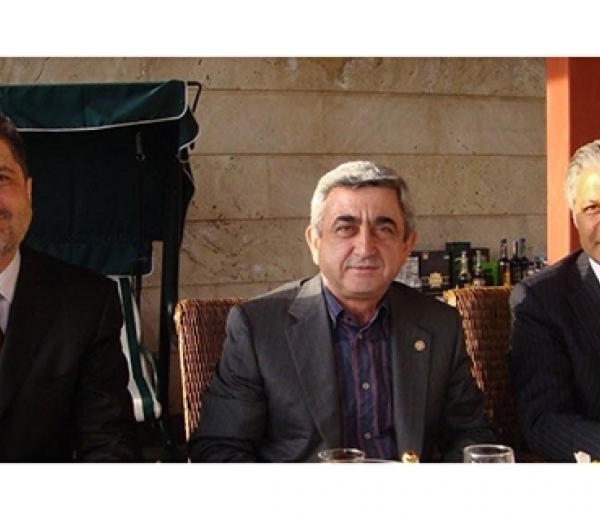 Vartkess joined Backes & Strauss as a trainee in 1976 and became its CEO in 2000. Three years later, he lead a management buy-out. Today, it mainly manufactures high-end watches studded with diamonds, which Haile Selassie would have loved. The company has headquarters in Geneva and London, while Vartkess continues practicing the profession in which his father was once trained. Having co-founded the Armenian Jewellers Association (AJA), he helps to build up the diamond business in Yerevan. As an Armenian, he is conscious of history and attaches crucial importance to both continuity and his company’s image. In this case, history itself is immensely valuable.