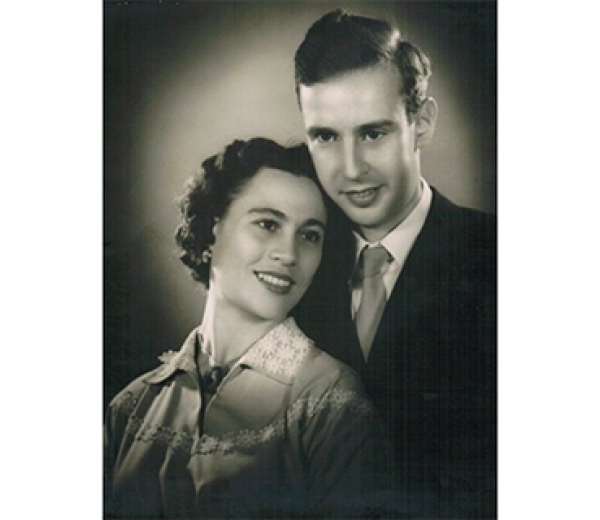 Text:
Today, she has made inner peace with the past, but as a child she had to face her neighbors’ prejudices and also live up to her father’s expectations. “My father felt obliged to the ‘German high culture,’ which implied a predetermined way of living. It was our mother who made everyday life enjoyable and brought fun into it,” Bea says. “My mother was a proud Armenian. As far as I’m concerned, I know for sure that my stronger side is Armenian. The courage to show deep emotions and passion, the family solidarity, the laughter and the vividness: all these Armenian traits I learned from my mayrik (Armenian for ‘mother’). For that, I will be eternally grateful to her,” says Bea with her hand on her heart.
Bea’s mother, Maro Kerbekian, had to relocate several times before finally settling down in Germany. She was an intelligent and cheerful woman who spoke eight languages fluently. But courage in the face of life’s difficulties sometimes failed her, giving rise to a deep grief that made her unapproachable to her children.

“When affected by such moods, she would say things like ‘You know, Bea, they slaughtered us like animals, cutting babies out of their mothers’ wombs alive’,” Bea recalls.

What kind of trauma did Maro endure to make her susceptible to sadness? After all, it was Maro’s parents who had lived through the Armenian Genocide. Bea was denied the answer to this question for a long time, until the day she asked her uncle Gago to write down his memoirs. Gago, who lives in the United States today, was happy to oblige.
Ethiopian Emperor as a friend
Bea’s maternal grandfather Hrant Kerbekian was born in Arabkir in the Ottoman Empire. He became an eyewitness to the Armenian Genocide. He was still a child when he lost his father, a much-loved professor. Before the boy’s very eyes, he was hanged him in the market square, together with all other intellectuals. The Kerbekian family then fled to Ethiopia, where some relatives had settled decades before. The Kerbekians maintained close ties with the royal family, their longtime employers, for several generations. They were held in high esteem in the imperial palace of Emperor Menelik.
Image: 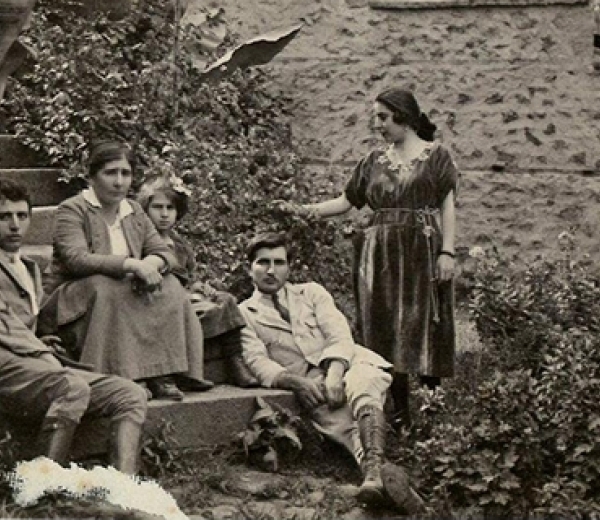 Text:
Little Hrant grew up a handsome young man. “He was generous, open and self-confident,” writes Bea’s uncle, Gago. He earned his livelihood as a freelancer in the construction business. Captivated by the beauty of a young woman from Smyrna named Serpouhi, he proposed to her. “Your grandmother Serpouhi was a slender and very attractive woman of a pleasant nature,” Gago writes in his memoirs.
Like Hrant, Serpouhi was traumatized by the events of 1915. Her father had been killed in the massacres committed against the Christian minorities in Smyrna: an axe had been driven through his skull. “It was only in old age that she told us about it. She had carried the burden of that tragedy all her life,” Bea recalls. “Like my grandfather’s family, she too had fled with her remaining family to Ethiopia.”
Image: 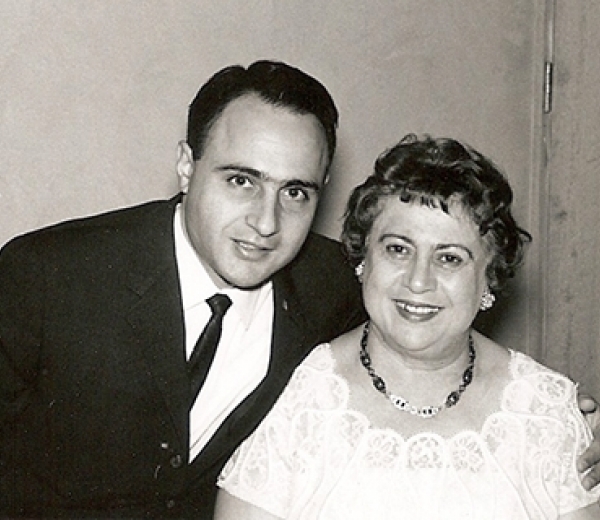 Hrant and Serpouhi had two children, Gago and Maro. The pair eventually split, and the children were enrolled in an Italian-French Catholic boarding school outside Addis Ababa. When Mussolini declared war on Ethiopia seven years later, the school was burned down. “In a single instant, Maro and Gago lost their home. Still teenagers, they were plunged into the turmoil of war,” Bea says.

The political situation in the capital deteriorated. When the Italian troops marched on the city, Emperor Haile Selassie escaped to England. “Hatred toward ethnic minorities spreads quickly. Apartments, houses, and stores are being ransacked and burned down. We take refuge in an Armenian church and are rescued by the British embassy,” Gago writes. “The evacuation takes several weeks. “When we return, our house has been plundered and partially torched.”

For the Kerbekians, the situation soon deteriorated further. In 1936, Hrant was erroneously arrested as a political collaborator by Mussolini’s fascist regime and sent to prison. Without her husband’s financial support, Serpouhi sold her possessions and took her two children to Cyprus, where her brother, Hagop already lived. But World War II would prove the hopes for a peaceful and secure future illusory. 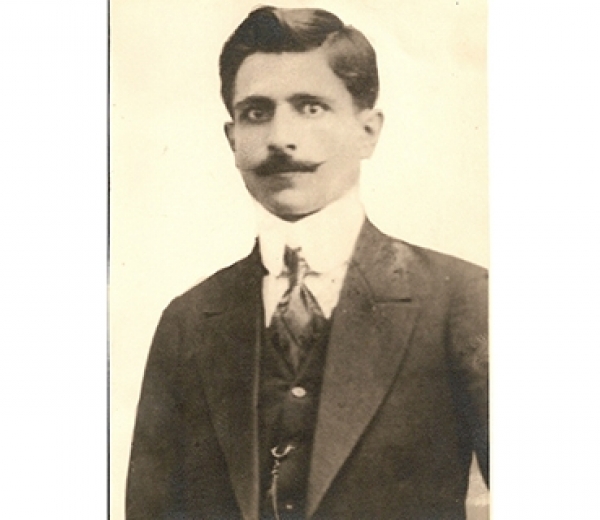 Text:
Back to foreign lands
When World War II ended, Emperor Selassie returned to Ethiopia, as did the Kerbekians. Gago started working at a bank, and Maro found work in a pharmacy. Both worked hard to save up and eventually immigrate to America, but Maro met Dieter, her future husband from northern Germany, at the pharmacy where she worked. The two married and left Ethiopia for Germany in 1957, taking Maro’s mother Serpouhi with them. Maro died in 2008 and was interred in the Armenian cemetery in Cyprus.
Image: 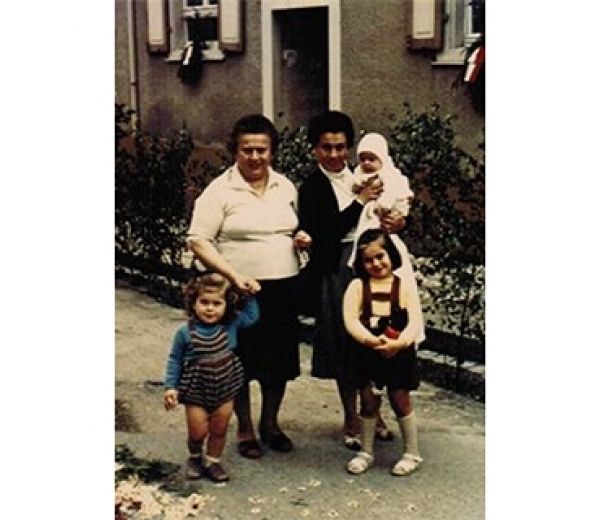 Text:
“Even if we, as descendants, didn’t live through the atrocities of the Genocide, I firmly believe that much of it is passed on from generation to generation, causing some form of collective trauma. Like many other descendants of those who had survived, my mother shut down and withdrew completely at certain times, maintaining her silence,” Bea believes. But the time has come to break this silence, and it’s a goal she has tried to accomplish through her art.
The story is verified by the 100 LIVES Research Team.
Subtitle:
German theater actress on collective trauma passed on through generations
Story number:
165
Author:
Irina Lamp
Header image: 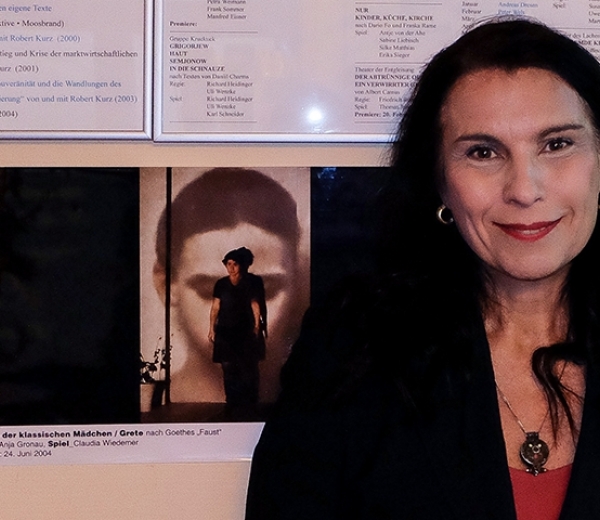