He draws from his Armenian experience – a source of energy that serves his universal creativity. 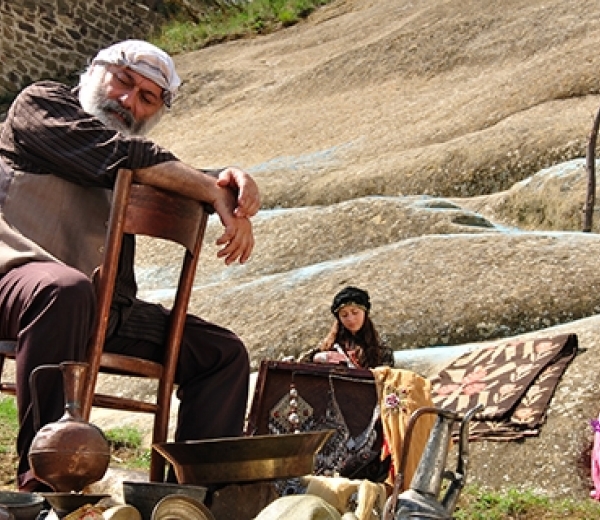 Text:
An avid traveler guided by his dual heritage, Serge Avedikian is continually influenced, body and soul, by three geographical locations: today’s Armenia (his birthplace, where he spent the first 15 years of his life); France – the adopted country his parents loved and left as adolescents for the “Armenian paradise;” and the Turkish village of Soloz, the cradle of the Avedikian family.
Situated in an idyllic landscape not far away from Bursa, for Serge (born Sahak) this peaceful village is a place where it all began and a place it is impossible to return to. He went back three times, camera in hand – in 1987, 2003 and 2007 – to the land of his paternal grandfather Avedis. Not to hear the bones creaking below ground, but to question its new inhabitants about a past that lives on in the present. “We Drank the Same Water,” his documentary on the traces of Armenian life in Soloz, is the fruit of a long inner journey in the footsteps of the unspeakable and its denial.

Text:
Mary the saint
Alice Tateossian (maiden name Chorig), Serge’s maternal grandmother, was born in Sebastia (present-day Sivas in Central Anatolia) in 1914 or 1915 – the exact date remains unknown. The only one of her family to survive the Genocide, she was saved by the missionary Mary Graffam, who took her in, along with thousands of other orphans, and re-baptized her Alice. “My grandmother thought of this missionary as her own mother. She lived under Mary’s protection for five years and was at her bedside in her last days. When Mary died in 1921, she caressed her face and said: ‘Goodbye, mother’,” Serge remembers. Mary Graffam succeeded in saving hundreds of Armenian girls in danger of being kidnapped and converted by their Muslim neighbors.
In 1922, a year after the death of her second mother, Alice left for Greece, where she remained until her teens. Like so many other Armenian orphans, she looked for a husband by means of photographs. Thus, at the age of 16, she married a certain Mesrob Papazian from Paris, who chose her photo from a lineup of several others.
Image: 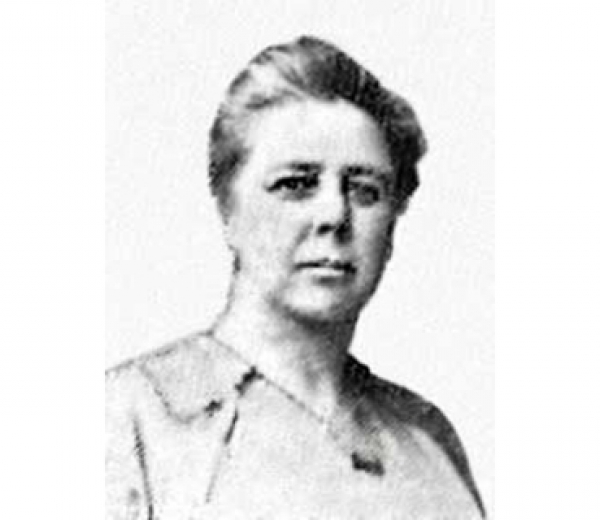 Text:
Avedis from Soloz
In 1981, while working on a documentary on Armenian memory, Serge filmed his paternal grandfather Avedis. Born in 1900, Avedis Avedikian had a sister, Maryam, two brothers, Sahag and Hovannes, the elder, and a younger brother who died before the Genocide and whose name is unknown. At the time, Soloz, where the great writer Hagop Ochagan was born, was a small town of 4,000 where Armenians and Greeks made up a third of the population and excelled in the fabric and silk trades. In 1915, the Avedikian family was deported. After a few weeks in a makeshift wagon, they arrived in Konya all but impoverished.
“For a while, the city of Konya was a strong fortress guarding against deportations thanks to its Governor Celal Bey,” Serge says. But when Celal Bey was removed from office on October 3, 1915, the deportations resumed. A rumor spread through the area that it was dangerous to remain in the city and that Armenians should disperse to the surrounding villages. The order was “Not to continue in the direction of Der ez-Zor, along with the caravans and trains, but to disperse,” says Serge.
Armenians didn’t exactly know where the rumors came from, but they trusted word of mouth. Thus Avedis and most of his family survived the Genocide by remaining in Konya until the end of World War I. When they returned to Soloz in 1919, they reclaimed their home, which had been occupied by their former Turkish workers. To ward off any threat of danger, they organized a self-defense group with the help of Greek troops, at war with the Turks, who took control of the region in the summer of 1920.
But in 1922 the Greeks retreated, faced with the advance of Mustafa Kemal’s nationalist troops, thus forcing the family into a third exile, this time for good. They boarded the first boat at the small port of Gemlik near Soloz. It brought them to Bulgaria and they settled in Ruschuk, a small town with a high concentration of Armenians near Plovdiv. It was there that Avedis married Aghavni, a young girl from Soloz promised to him when they were children. Six children were born of that union, five girls and one boy: Khenganouch, Zarouhi, Baydzar, Vartouhi, Yvette and Grégoire, Serge’s father.
In 1930, the year Grégoire was born, the Avedikians left Bulgaria for Marseilles in France, where Avedis’ older brother Hovannès had settled. “We called him Hanné, which in the Soloz dialect means ‘the big one.’

I remember that he had a hole in his forehead, where he’d been hit by a Turkish bayonet.

My father was just like a native of Marseille – he never lost his accent, as if he had worked all his life to maintain it. He was just 18 and my mother was ten when they left France for Armenia. It was by chance that they happened to be on the same boat,” Serge’s face lights up when he speaks of his father.
Image: 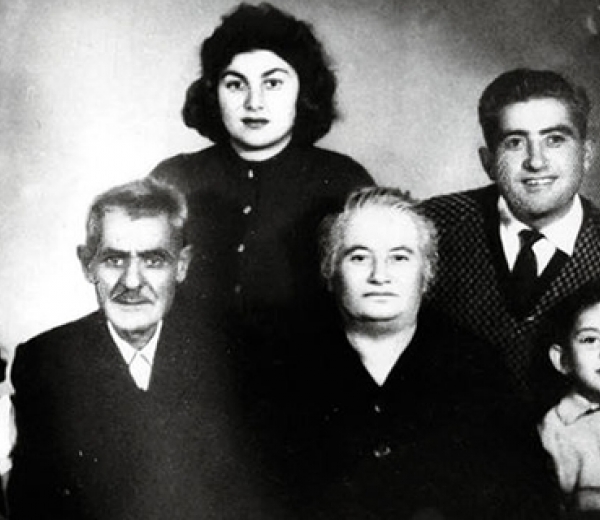 Text:
The son of “akhpars”
Serge was born on December 1, 1955 in Yerevan. “Those who returned in 1947 soon made up their mind that they would either leave again or become integrated, but my father never got used to the idea. In the evening, when we all got together, he read us Alexandre Dumas’ ‘The Count of Monte Cristo.’ He had learned it by heart. Subconsciously, he put himself in the shoes of Edmond Dantès, and Soviet Armenia was his Château d’If,” Serge recalls. Did Serge feel out of place, being the son of “akhpars” – a term designating Armenians of the diaspora who repatriated to Soviet Armenia? “People didn’t look at us in the same way, they called me François because I wore a beret and came from France, even if I hardly spoke French,” he says.
Serge spent the 1960s in a carefree environment: like other young people living behind the Iron Curtain, he had a passion for the Beatles and the Rolling Stones, listening to them on tape recordings. Soviet Armenia had a very high level of culture, and learning was a priority in every form and manner. His mother made him go to the cinema once a week – it was like a ritual.
Image: 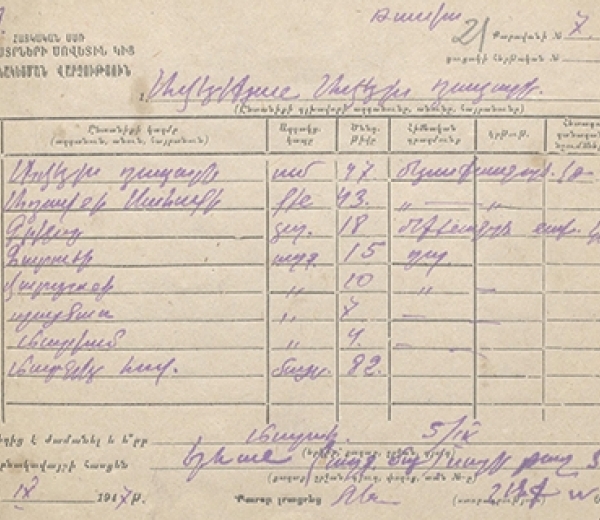 “When I arrived in France in 1970, I had lost my Soviet passport and didn’t have French citizenship yet. I felt fine as a stateless person in the situation I was in then. Armenia had never been my country because my parents hadn’t been born there, but the fact was that Armenia was my native land. ‘Stateless’ meant that I can have both, that I can feel ‘from here’ and commit myself ‘there.’ I want to keep my freedom to not have to choose,” he says. 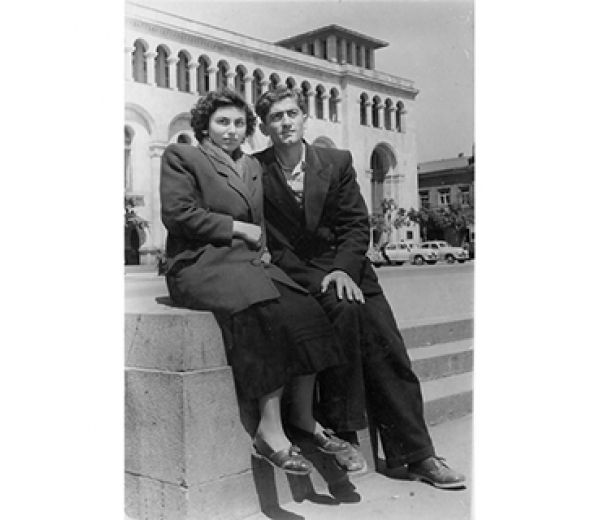 In the end, his dual identity has always been with him. Now, thanks in part to the roads he has traveled, he has come to terms with it.

His documentary work on his family’s history and his roots helped him find a balance between what is Armenian and what is French in him.

Though he learned practically accent-less French at the age of 15, it was no problem for him to say he was Armenian and came from a Soviet Republic lost somewhere in the Caucasus. Besides, none of his first roles had anything to do with his origins, even if they focused on being a minority. With “We Were One Man” (1979) Serge acted in one of the first films dealing with homosexuality. In the same year he played in “The Red Sweater,” his other big cinematographic success at the time. 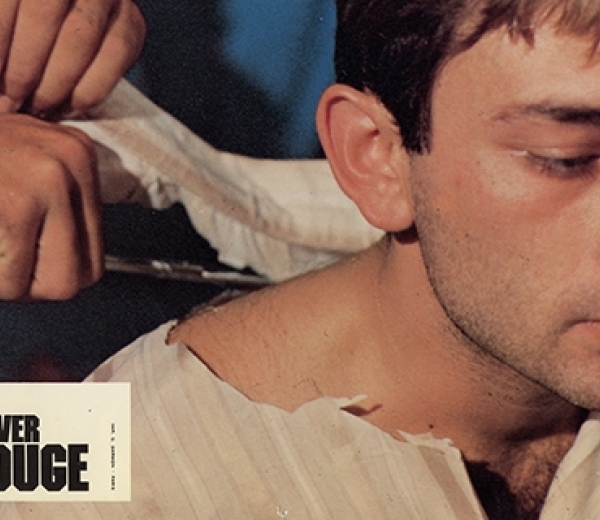 Text:
An explorer of Armenian memory
When in March of 1981, his elder son Hovnatan was born, and a month later his grandfather Avedis passed away, Serge realized the need to transmit his past to the next generation. Thus in 1982, with his fellow filmmaker Jacques Kébadian and Georges Kiledjian he created the Armenian Audiovisual Association (A.A.A.). Between 1981 and 1988, several documentary films on Armenian memory were aired on French television, and between 1984 and 1988 he introduced the French public and film critics to a number of Armenian filmmakers: Henrik Malian, Sergei Parajanov, Artavazd Pelechian, Frunze Dovlatyan, Vardan Hovhannisyan and others, as well as filmmakers of the diaspora: Atom Egoyan, Arby Ovanessian, Nigol Bezjian.
Having roots in three different places, Serge hopes that one day, a Turkish director will “go beyond realpolitik to make the past into something positive. But not as an open gap.”

In his eyes, the problem is that Armenians are over-informed on their history.

“Our approach to the subject is almost monomaniacal, because we are lacking something, there is an injustice. On the other hand, on the Turkish side, I think there is a lack of information, of clarity, of seeing the question in depth. It’s very unbalanced, from a human point of view. Our pathology is the reverse of that of the Turks, and if we don’t straighten things out, it will be impossible to hold a dialogue,” he says.
Viscerally very much a man of his times, Serge has made Armenian-Turkish dialogue a way of reconnecting with his roots, but also of traveling to the other side of the looking glass – a journey made lighter by the fact that he cares little for borders and flags. Feet on the ground, head in the clouds, Serge is a strong link in the infinite chain joining the past and the present.
The story is verified by the 100 LIVES Research Team.
Subtitle:
French film director stitches fragments into wholes
Story number:
159
Author:
Tigrane Yegavian
Header image: 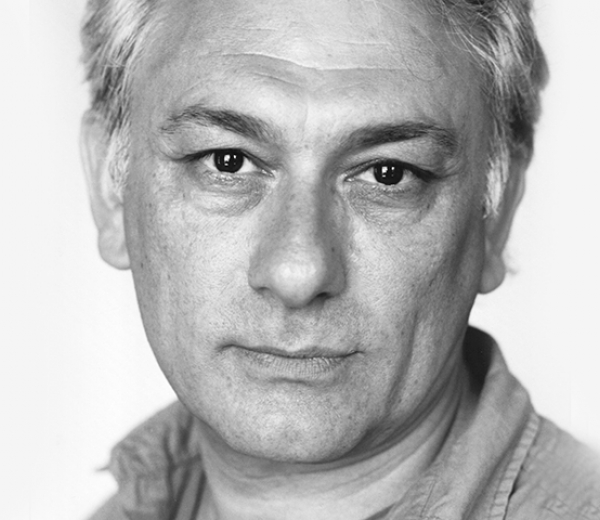