Submitted by global publisher on Tue, 09/08/2015 - 16:17
English
Intro:
Daniel Khachatryan, great-grandfather to Sergey Khachatryan and his sister Lusine, was born in Kars. His great-grandchildren know little about him, as Daniel had already passed away when they were little. Daniel had told little about his survival and the lost motherland even to his son, Sergey Khachatryan, Sergey and Lusine’s grandfather.
Weight:
-400
Tags:
Survivors
Story elements:
Text:
“If our great-grandfather Daniel hadn’t survived the Genocide, we wouldn’t exist at all. His survival gave us our lives.”
Text: 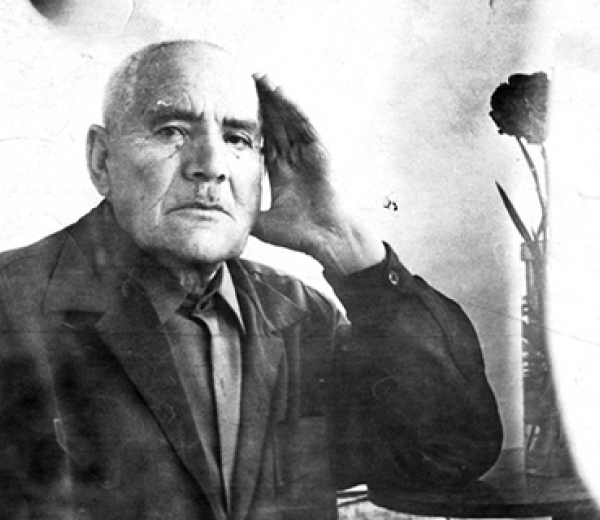 The family does know that Daniel was one of nine children and had six brothers and two sisters. The Khachatryans owned wheat fields and a bakery in Kars. When imagining their great-grandfather’s lost homeland, Sergey and Lusine think of vast golden fields, the large family peacefully gathered around the baking oven (the tonir), a scent of freshly baked bread filling the air. The Khachatryans defended themselves from Turkish attacks, but only two children – Daniel and his brother Grigor – survived the massacres. They escaped to Gyumri, where Daniel remained while his brother continued his way up to Tbilisi. His trace was lost. 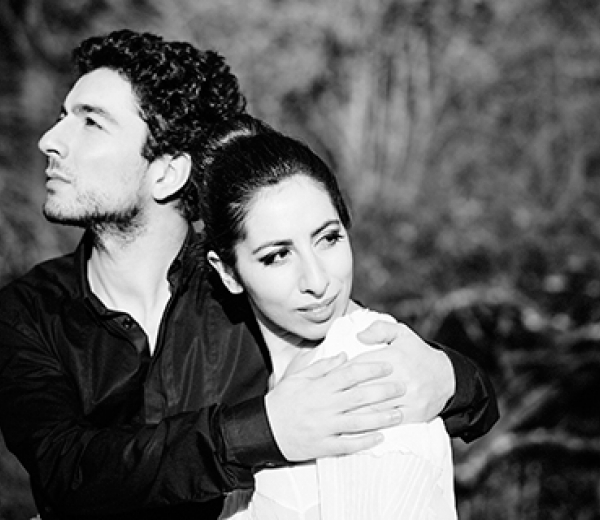 Text:
A fight for the true self
For 22 years, Sergey Khachatryan and his sister, famous pianist Lusine Khachatryan, have lived with their family in Germany. They are grateful to their parents, who did their best to preserve their culture in a foreign country. “Today we realize how many great things they did for us. We grew up in Germany, but our home is Armenia. They never allowed us to speak German at home and preserved our mother tongue, the most important element of our identity,” says Lusine.
Sergey believes that people living in foreign lands are acutely aware of issues of identity and much more sensitive toward them. They often think about who they are and where they come from. “You always know you do not live in your own environment; you always feel the difference in mindsets. You become self-conscious and start seeing and appreciating traits of your identity. Our family never struggled with this – to the extent possible, we preserved what is ours: national, traditional, our own worldview. We tried not to be like others, but remain true to ourselves.” The younger members of the Khachatryan family are eager to preserve their identities partly because they know so little about their ancestors, and this is their way of keeping the memory of their great-grandfather Daniel alive.
Image: 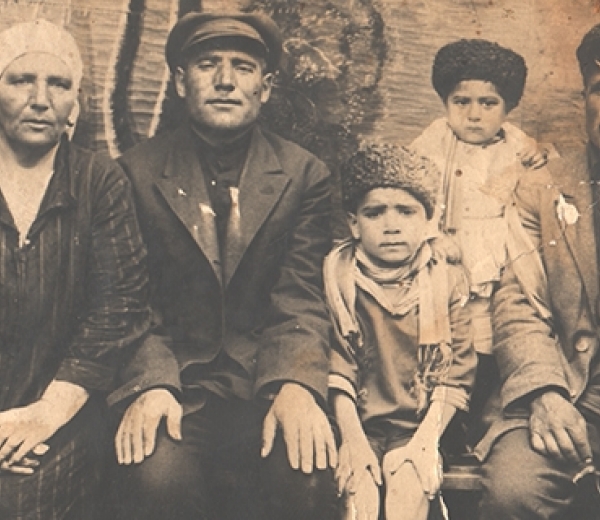 The Centennial of the Armenian Genocide is a special year for Sergey and Lusine, not only because of their work, but also due to their sense of responsibility. The numerous concerts they played in commemoration of the Armenian Genocide on various prestigious stages of the world in Cologne, Vienna, Amsterdam, St. Petersburg, London and San Francisco, their group and individual projects and events all served one purpose: “To speak out in the language of music; to say that the people forcibly displaced from their homeland, subjected to massacres and deportation, still live and create after 100 years, preserve their thousand-year-old culture and address the world in their native language,” says Lusine. 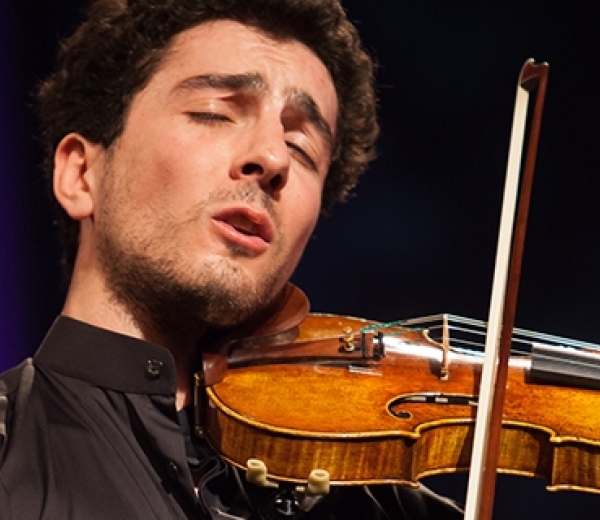 During the concerts Sergey, Lusine and cellist Narek Hakhnazaryan played Beethoven and Rachmaninov, as well as the “7th Dance” by Komitas and Babajanyan’s “Trio.” Lusine spoke from the stage: “The second part of our concert is dedicated to the 100th anniversary of the Armenian Genocide…I urge you to join the fight, to demand the recognition of the Armenian Genocide, so that this crime never happens again – especially now, when horrible things are happening in front of our eyes in the modern world. In the end I would say that our wealth is our culture, and that it is thanks to people like Komitas that we exist nowadays. As long as we keep our culture, we can never be annihilated.” 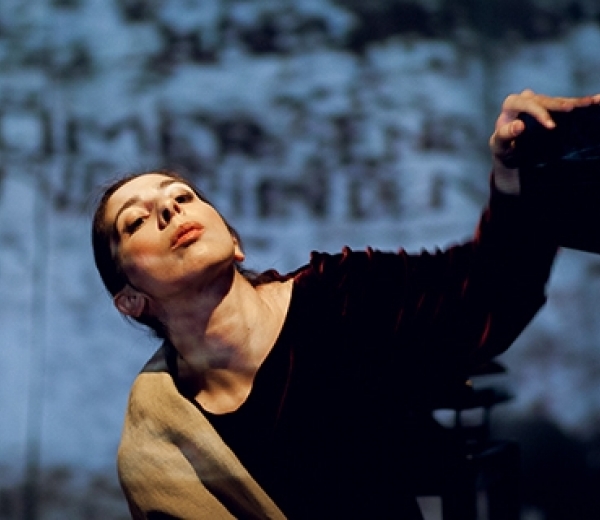 Text:
The concert in Cologne was broadcast over the local radio station, and immediately after a number of Germans called and thanked the performers not only for the music, but also for the remarks. “One should always find the courage, the right way and the right time to speak about difficult issues,” Sergey believes.
In the throes of nostalgia
Sergey and Lusine are currently working on a new album titled “My Armenia,” which will be comprised of Armenian music only. The record will be dedicated to the 100th anniversary of the Armenian Genocide. “During our concerts, the most touching piece for foreigners is ‘Krounk’ (‘Crane’) by Komitas. It does not matter what you play before ‘Krounk’ – everyone forgets your previous performances no matter how good they are. ‘Krounk’ disturbs, turns people upside down, no matter of what nationality they are,” Sergey notes.
“I was stunned. After ‘Krounk’ was played over the radio you cannot imagine how many people asked me for the score,” adds Lusine.
In addition to releasing “My Armenia,” the Khachatryan siblings have another unique project this year – mixing piano and theater in an unexpectedly mystical performance titled “Nostalgia.” The past and present are interlaced through music, acting and video, while Lusine is both an actress and a pianist on the stage. Sergey is the producer and has also helped Lusine with the moving images. “Nostalgia” premiered at the Hamazgayin (National) Theatre in Yerevan on September 5.
During the performance, images of a church that seems to be getting restored are screened. “For this project we took a virtual tour of our historical homeland. We’ve gone through very difficult and emotional moments and constantly spoke to Daniel in our minds,” says Lusine, adding that she felt the deepest pain of loss when seeing remains of Armenian churches.
Image: 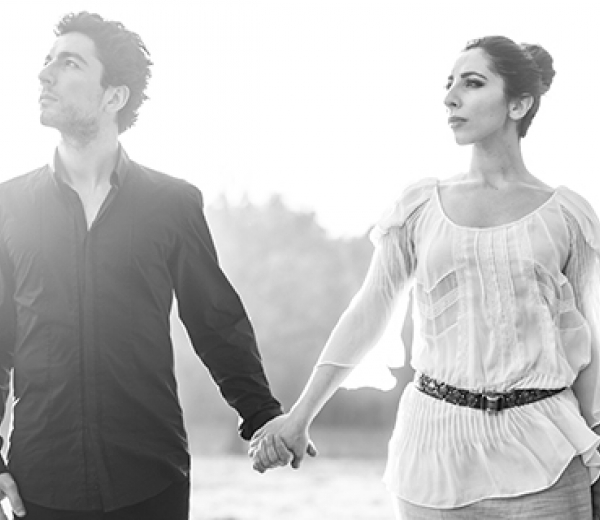 Text:
Sergey and Lusine have never been to Turkey and rejected numerous invitations to perform there. “And now, for the first time I really want to witness all this with my own eyes, to touch, to walk the roads of my great-grandfather’s lost homeland, to see the ruined churches that seem to wait for a renaissance. That’s why I tried to give them life in my performance,” says Lusine.
The Khachatryans believe that Armenians have not been defeated. “In all these concerts and projects the most important thing for us is not the tragic aspect of the issue, but rather the fact that we exist after that horror and we have a strong will to keep creating. This is the most important message,” says Sergey.
The story is verified by the 100 LIVES Research Team.
Header image by Marco Borggreve.
Subtitle:
Renowned classical musicians on the will to keep creating
Story number:
145
Header image: 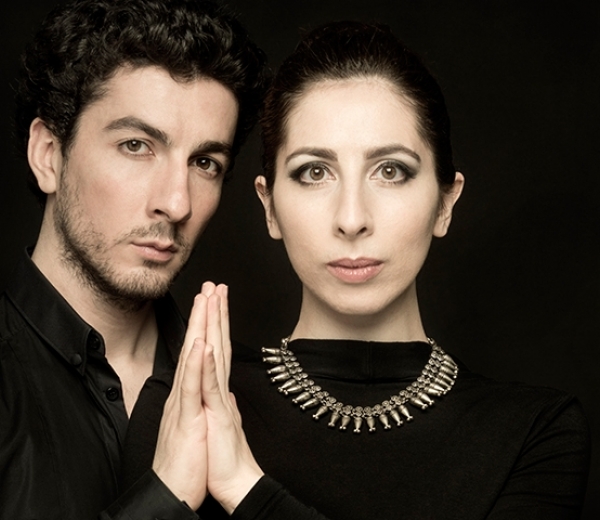