Text:
Extraordinary character
Dickran Kouymjian’s driving force throughout his international career is his unfailing passion for Armenian studies. This son of survivors, aware of the extreme fragility of the link that separates him from his family’s past, recorded his mother’s voice in the early 1980s as part of the collection of oral histories for the Armenian Assembly of America, which was funded by the United States government.
Passionate about literature and cinema, Dickran had a close friendship with William Saroyan, whom he accompanied during his last years as he too traveled back and forth from his home in Fresno to his apartment in Paris. Another meeting that marked Dickran’s life is the one with filmmaker Sergei Paradjanov in Soviet Armenia in 1987. During this period, Dickran taught Contemporary American Literature at the University of Yerevan. Paradjanov came to shoot a movie on the treasures of Etchmiadzin at the request of Catholicos Vazken I. However, the project failed, and Paradjanov insisted that Dickran return with him to Tbilisi, where he stayed in his house during a long Easter weekend.
Image: 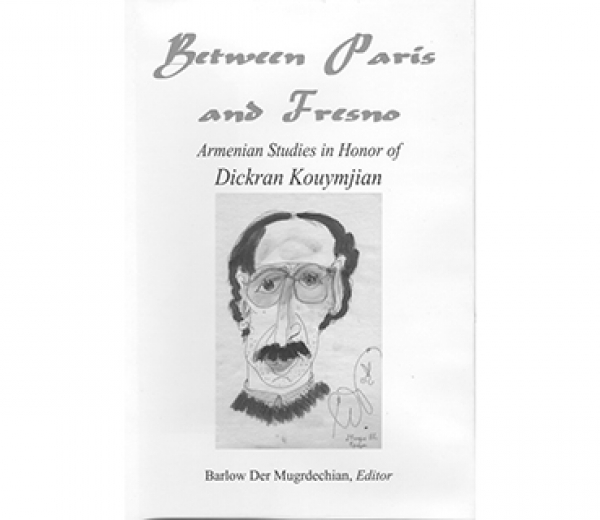 Text:
Later, Dickran travelled to Tbilisi again to study manuscripts. He met Paradjanov, who offered him a collage and wanted him to stay a while. He had already drawn a portrait of Dickran in Erevan. “He was a very generous man. It was unfortunately at Saint Louis Hospital in Paris that I last saw him just before his death,” Dickran recalls. “He painted my portrait in Etchmiadzin in a few minutes, with some ink and a handkerchief.”
At the age of 82, Dickran has not yet found the time to write down his memories. Others will take care of that. When he is not traveling, he can be spotted running at the Parc Montsouris, close to the Cité Internationale Universitaire de Paris, moving along the paths as he has moved through life – with purpose and grace. 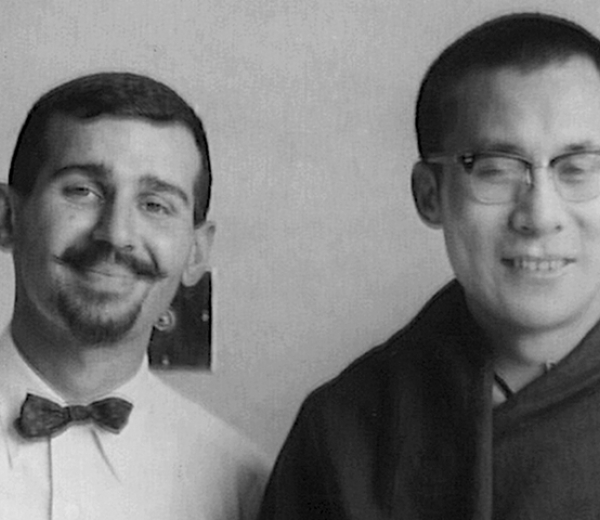