Anna Der-Vartanian was the first woman in the United States to achieve the rank of Master Chief Petty Officer, the highest rank for enlisted personnel in the U.S. Navy.

She was born and raised in Detroit, Michigan, and joined the Navy through the Women Accepted for Volunteer Emergency Service (WAVES) program during World War II. Although she faced challenges during her military service because she was a woman, her steadfastness and discipline gained her the respect of her peers, ranking officers and subordinates.

She was awarded the National Defense Medal, as well as many other military awards, for her service. As an exemplary female soldier, she is remembered for blazing a path for women in the United States military.

She was buried at Arlington National Cemetery with full military honors.

After her career in the Navy, Der-Vartanian joined the Central Intelligence Agency (CIA), where she worked until retirement.

Learn more about her

Fifty years ago, female veteran made a splash in Navy
“Celebrating Women of Character, Courage, and Commitment” in the U.S. Navy 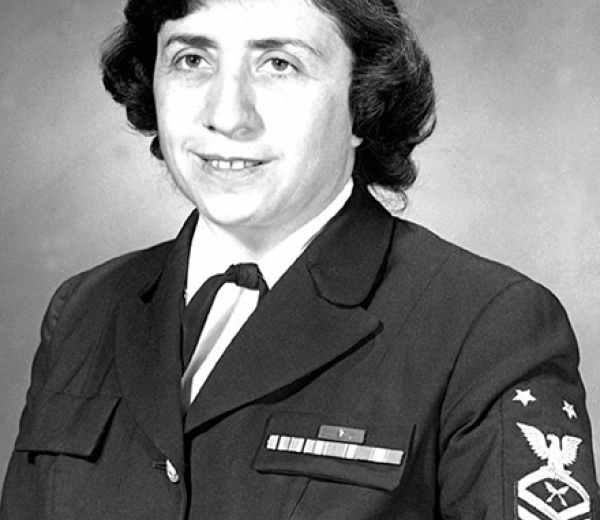