The Global Perspectives Initiative (GPI) supports the United Nations’ Sustainable Development Goals, which aim to make the world a fairer and safer place by 2030.

The Global Perspectives Initiative sees itself as a national platform in a global discourse for a fairer world in the future. As a non-profit and neutral platform, the initiative gives rise to new ideas, raises awareness about the opportunities and challenges around the concept of a global society and thereby shapes the public discourse in Germany.

The Foreign Office is supporting the program ‘Strengthening the cooperation with civil society in the countries of the Eastern Partnership and Russia’. The program enables civil society organizations and their citizens to play their role as key players and key partners in government action, and to support ongoing transformation processes in the region.

The Robert Bosch Stiftung GmbH is one of Europe’s largest foundations associated with a private company. In its charitable work, it addresses social issues at an early stage and develops exemplary solutions. For this purpose, it plans and implements its own projects. Additionally, it supports third-party initiatives that have similar goals. The Robert Bosch Stiftung is active in the areas of health, science, society, education, and international relations. Moreover, in the coming years, the Foundation will increasingly direct its activities on three focus areas: “Migration, Integration, and Inclusion”, “Social Cohesion in Germany and Europe” and “Sustainable Living Spaces”. Since it was established in 1964, the Robert Bosch Stiftung has invested around 1.6 billion euros in charitable work.

The global EY organization is a leader in auditing, tax – transaction – and management consulting. With their experience, knowledge and achievements they strive to strengthen the confidence in the economy and the financial markets worldwide. As industries converge, they create new value and opportunities for business. EY helps organizations identify and capitalize on these new opportunities. The company’s goal is to move things forward and make them better - for the people, their clients and the society in which we live in. This is what their worldwide claim “Building a better working world” stands for.

UNICEF works around the world to save children’s lives, to defend their rights, and to help them fulfil their potential - from early childhood through adolescence, in developing countries and conflict zones such as Syria, Yemen or South Sudan. The German National Committee for UNICEF was founded in 1953 and is one of the most important pillars to UNICEF’s work for children worldwide. 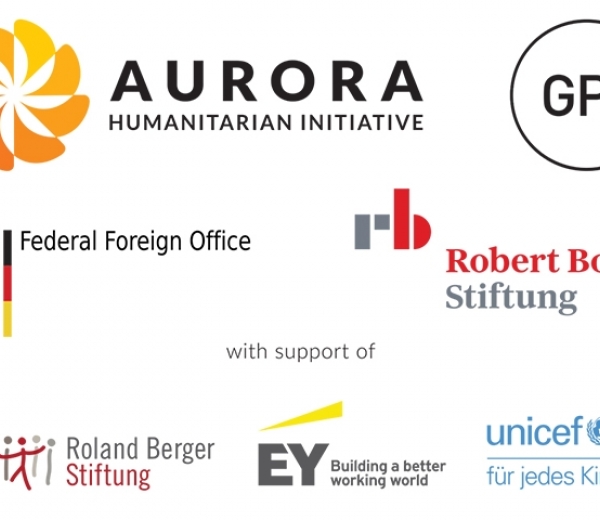