Submitted by global publisher on Tue, 10/13/2015 - 16:15
English
The British can claim gin and Americans can claim bourbon, but what drinks can Armenians claim? Armenians have been around for so long that it’s hard to know for sure: some common drinks, like wine and beer, may even have their origins in Armenia. Historical records and recent discoveries show that they’ve been produced there for millennia.
Today, with the country’s economic progress and a new generation of enterprising innovators, Armenia is experiencing a revival of traditional alcoholic beverage production as well as experimenting with some modern techniques. Take a look at what’s happening – and enjoy responsibly! 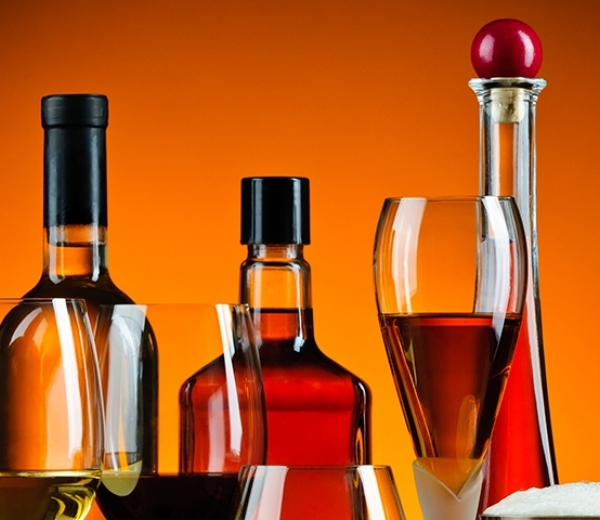 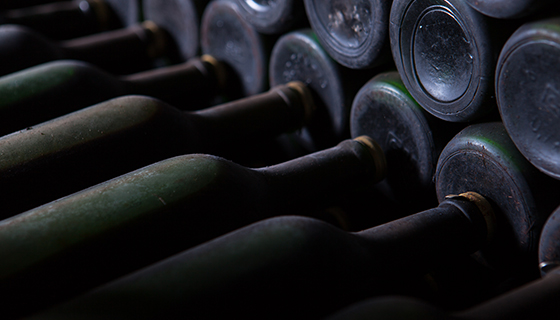 No alcoholic beverage has been enjoyed on Armenian lands as long as wine has: the oldest known winery, 6,100 years old, was found in Areni. There is also no drink in the Armenian repertoire that has experienced as great a revival in recent years.

In the Soviet times, quality was secondary to quantity and production was often an end in itself. Thus, although Armenia produced red wine during the Soviet years, the focus was on the idea of producing it, not on making it any good. After reestablishing independence, Armenia inherited underdeveloped production facilities. More recently, however, Armenian vintners have been at the forefront of beverage production in the country, and boy have they made some good stuff!

There is a robust mix of wines made with familiar varieties like cabernet sauvignon, syrah and muscat, as well as traditional Armenian varieties like areni, khndoghni and voskehat. The now-vivacious industry has taken to creative experimentation using both the most modern technologies and making wine as it was traditionally made in Armenia, using amorphae known in Armenian as “karas.” Production is not geographically limited, either: wine is being produced throughout Armenia, from Armavir to Areni to Artsakh.

“Majar” is a partially-fermented wine usually (though not necessarily) made with white grapes. It is semi-sweet and has a tart kick. It’s rarely consumed with a meal, but is enjoyed with snacks or on its own.

Armenia also produces sweet wine, mostly from pomegranate, which is usually enjoyed after a meal with dessert, like port or another digestif. 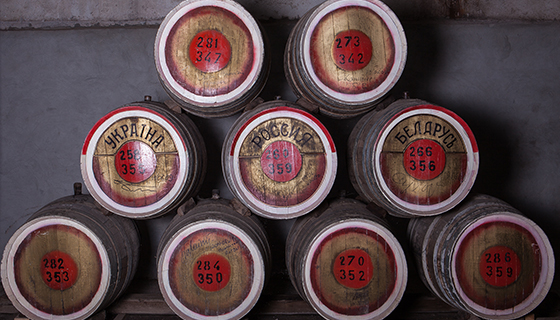 Known as cognac in Armenia, brandy is the king of Armenian booze. Legend has it that Winston Churchill enjoyed it so much that during the Soviet times, Joseph Stalin sent him crates of it.
Sourced from the local grapes that now also power the burgeoning wine industry, the liquid is distilled into alcohol and then aged in wooden barrels, which give the alcohol its rich flavor and color. The gorgeous hue – typically a shade of caramel brown – and the deep flavor of Armenian brandy are famous the world over. 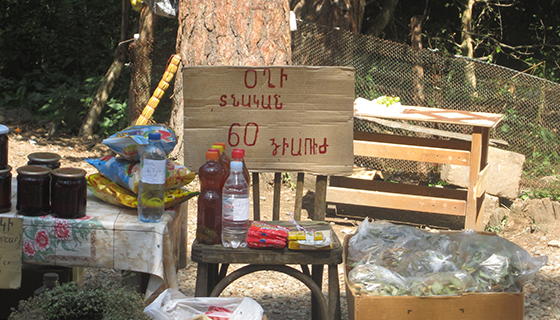 All the refined stuff in nice bottles look good on a store display, but a real Armenian drinking experience involves moonshine, locally known as “aragh” or “oghi.” Whereas in the United States and northern Europe moonshine is usually extracted from grain, Armenian varieties tend to be made from local fruits, including apricot, peach, apple or Cornelian cherry. But the mother of Armenian moonshine comes from mulberries. It’s not for the faint of heart, but is usually an unforgettable experience. If you can remember it, that is. 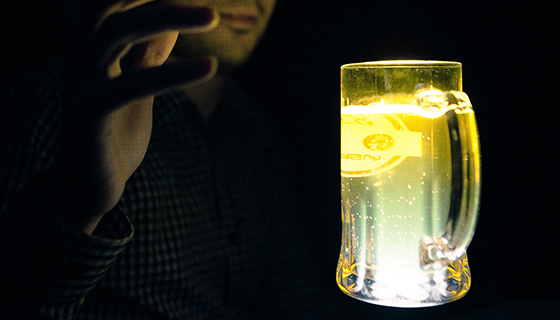 Of all the drinks available in Armenia, beer may be the least known. But we do know that beer has been produced in Armenia for at least 2,400 years. Greek soldier-historian Xenophon wrote about the beer he had in Armenia during one of his military expeditions. Today the beer industry in the country isn’t as vibrant as its grape-driven competitors, but production has increased significantly since independence and the regular stream of new beer varieties suggests an imminent beer production bonanza.

Display type:
Big
Subtitle:
Every sip will bring you closer to Armenia, so cheers!
Weight:
-400